When to visit Mauritius

Located off the southeast coast of the African continent, not far (800kms) from  Madagascar, the island of Mauritius is a dream holiday destination. Along with Reunion and Rodrigues Island, Mauritius is part of the Mascarene archipelago, which lies just above the tropic of Capricorn. Thus, the island enjoys a tropical climate and seasons are completely reversed as compared to countries of the northern hemisphere. 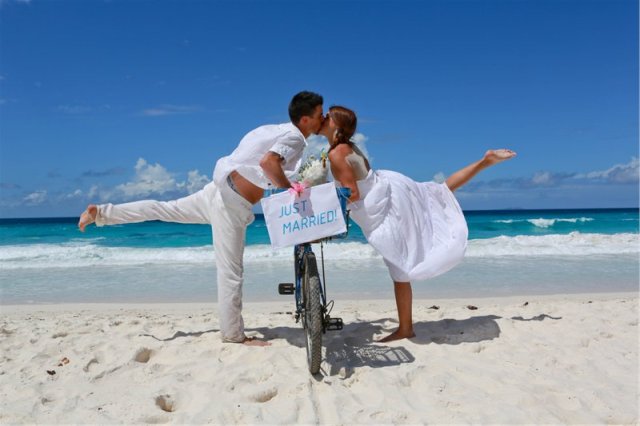 TIMING: when is it best to visit Mauritius?

Mauritius has a climate consisting of two specific seasons with relatively mild temperatures throughout the year.

Summer: in Mauritius coincides with celebration and end of year holidays on the island. Summer here starts in November and ends in April. The summer atmosphere is characterised by a hot and humid climate. Temperatures during this season generally range between 27 ° C and 33 ° C.

Winter: in Mauritius ranges from the month of May to the month of October, with average temperatures between 17 ° C and 25 ° C. If you prefer soft sunshine while on holiday, do not hesitate to schedule your vacation during the winter. If you are a surfing enthusiasts, it is recommended visit Mauritius between June and August when the trade winds are at their best.

Raining season: Mauritius collects most of its rain during the months of January, February and March. It is also during that particular period that tropical cyclones usually occur on the island.

The sweet spot: though Mauritius is a year round destination, there is a sweet spot between winter and summer, where the climate is at its best. This optimal period occurs from October 15th to November 15th and that is also the best time to visit Mauritius for honeymooners as beaches are much less crowded.

Regional climate: is present in Mauritius too. This is caused mainly by the South East Trade Winds and the inner mountain ranges. So the south and the east tend to be less hot than the west and the northern parts of the island, which are sheltered from the winds by inner mountain ranges . Generally, the difference in temperature is around 4-10 °C between these regions.

What to bring to Mauritius?

Before flying to Mauritius, remember to suitably prepare your suitcase. Opt for light and comfortable, preferably cotton clothing. Don’t forget to bring your most beautiful swimwear, because Mauritius has some of the finest beaches of the Indian Ocean. Also do plan to lug plastic beach sandals if you like to walk on the sand. Don’t forget to take some sunglasses, sunscreen and a hat to protect you from the Sun.

Beaches in the north of Mauritius

Beaches located in the north of Mauritius are the most popular for locals and tourists thanks to their milky white sand and turquoise to azure lagoons. Though they are quite alike, each beach of the north has its own characteristic and charm. Pointe aux Piments is famed for its natural coral reefs which are perfect for snorkeling, whilst Mont Choisy is very much appreciated for its spaciousness and wide range of water sports that can be enjoyed there.

More to the north Pointe aux Canonniers stands out as one of the cleanest beaches of the region and with Club Med located there, it is a very young and trendy beach. La Cuvette and the beach resort of Grand Bay are also very much appreciated beaches in the north of Mauritius. If you like swimming or diving in deep sea, do not miss Pereybère beach.

The colourful beaches of the west:

The beaches of the West coast of the island of Mauritius are also known for their beauty but more significantly for their ideal climate. Water temperature averages 26°C throughout the year and the region is for most of the time free of heavy rainfalls.

Of all the beaches located on the western coast of the island, Flic en Flac is certainly the most beautiful and the most appreciated. Flic en Flac is divided into 3 parts and the total length available beach is 5.2 kilometres.

The pristine beaches of the East:

The beaches of the East coast of Mauritius offer a much more natural environment than the west coast and magnificent views over dazzling lagoons and kilometres of beaches.

Palmar and Belle-Mare beaches are the two main beaches of the eastern coast. But you can enjoy from smaller beaches like Trou d’Eau Douce or the amazing beaches of Ile aux Cerfs Island, located within the lagoon. Ile aux Cerfs Island is decorated by tall palms and a particularly clear water. The view is spectacular and you can enjoy various water sports. However, beaches of the eastern coast of Mauritius are particularly windy.

The beautiful beaches of the South:

Le Morne public beach is the most beautiful beach of the south and probably the whole island too. It is certainly the longest beach of the island, as it almost completely encircles the Morne Peninsula. Le Morne beach is characterised by fine white sand, brilliant turquoise waves and is lined by beautiful coconut trees.

If you ever wondered about a place where you could snorkel and observe aquatic biodiversity, Blue Bay Marine Park is a fascinating natural reserve. The village of the same name also offers a beautiful beach, (Blue Bay public beach) for those just looking to enjoy a sunbath.

Most of the southern region is not protected by coral reefs and has a very rough sea. This part of the island is more famous for its breath-taking sceneries like Gris Gris, le Souffleur or La Roche qui Pleure.