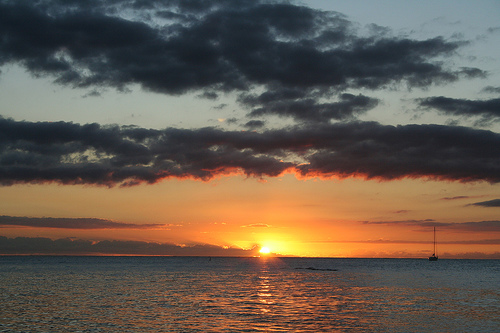 Visiting the Island of Mauritius

Mauritius is a destination that attracts a lot of tourists each year. The island is not only known throughout the world for its white sandy beaches and beautiful luxury hotels but also for the cultural diversity of its multi-ethnic population.

However tourists who choose to only stay within the perimeter of their hotels during their holidays in Mauritius are missing out on a good part of what the island has to offer. Here is a little tour of some of the interesting places across the island.

The town of Port-Louis is the capital of the island of Mauritius. It is situated in the north-west of the island and has more than 137000 inhabitants. Most of the local big companies and offices of the Mauritian government can be found in Port-Louis.

When the Dutch formally took possession of the island in 1638, they not only settled in Vieux Grand-Port in the South-East, but also in the region of Port-Louis which they called Noord-Wester Haven (North western port in Dutch).

After the departure of the Dutch, the French occupied the island of Mauritius starting from 1715. The real development of the town only took off with the arrival of Bertrand Mahé de Labourdonnais who started the construction of a harbor and several buildings in the area, including a dry dock, granaries, an arsenal, an armory, a hospital and part of the actual government house.

Nowadays, a statue of Mahé de Labourdonnais can be found at the Place d’Armes which is in front of the Government house and Port-Louis is a very modern and prosperous city.

Right in front of the statue of Mahé de Labourdonnais you will find the Caudan Waterfront, a shopping center where you can find restaurants, handicraft, clothing and art shops and cinemas.

Not far from Port Louis you will find the village of Pamplemousses and its famous botanical garden. The land for the botanical garden, which is also known as the Sir Seewoosagur Ramgoolam Botanical Garden was originally acquired by Mahé de Labourdonnais who built his house there, the Château de Monplaisir. The property was then acquired by Pierre Poivre in 1767 and he cultivated the plants which were sent to him from Madagascar, China and Asia.

Also in the area you will find l’Aventure du Sucre, an old sugar factory converted into a museum based on the theme of sugar production. During your visit you will have the opportunity to learn everything about cane sugar and the place that it has held in the history of the island of Mauritius. You will also be able to purchase souvenirs with a sugar cane theme, special sugars and good old Mauritian rum.

From the center of the island you will be able to go on the Route du Thé, or tea road, which is a touristic excursion going from Curepipe to Souillac. During your visit, you will be able to learn everything about the production of tea in Mauritius and also about traditional and colonial life.

Your visit will start with the Domaine des Aubinaux, an ancient colonial house that was constructed in the late 19th century. Nowadays this house has been converted into a museum and houses a collection of ancient furniture and photos. In the old stables you can now find a meeting room, an essential oil distillery and a souvenir shop.

Next you will visit the Bois Chéri tea Factory where you will be able to visit the tea plantations, learn everything about the manufacturing of Mauritian tea and taste some meals having tea as one of their ingredients at the “Le Bois Chéri” restaurant.

The last stop on your visit will be the Saint-Aubin industrial sugar estate, located in Rivière des Anguilles, near Souillac. There, you will find an old colonial house built in 1819, which now hosts a table d’hôte as well as a rum distillery, anthurium and vanilla orchid greenhouses, the “Maison de la Vanille” which is  a museum dedicated to the transformation of vanilla and a restaurant where you will be able to taste meals prepared with local ingredients.

Also in Rivière des Anguilles, you will be able to make a detour by “La Vanille Reserve des Mascareignes”, a zoological park where you can find Nile crocodiles, iguanas, bullfrog, radiated tortoises from Madagascar, giant tortoises from The Seychelles, bats, geckos, donkeys, etc. The park is spread over 3.5 hectares of lush vegetation.

There, you will also find a restaurant that serves meals prepared with crocodile meat.

While you’re in the South, in Souillac you will be able to have a picnic at the Telfair Garden, see the Batelage which was the old port of Souillac, see the old coral house of Robert Edward Hart which is called “La Nef”, or go along the roads through sugarcane fields up to the Rochester Falls, a waterfall known for the rectangular shape of its rocks.

In the South-east of the island you will find the town of Mahébourg which was the old capital of Mauritius during the first part of French colonization. There, you will also find the Naval Museum which houses a collection of old furniture, a display on the naval battle of Vieux Grand-Port in 1810, cannon balls, swords and weapons owned by Robert Surcouf, cannons, the bell from the Saint-Geran, etc.

Near Mahébourg you will find l’île aux Aigrettes, an island where lots of protected species live, as well as a small ebony forest. You will be able to visit the island during sightseeing tours organized by the Mauritius Wildlife Foundation.

Another great place to visit during your trip across the island of Mauritius is the Casela Nature Park which is located in the west, in the district of Black-River. This zoological park houses more than 1500 birds, big cats like tigers and lions, zebras, monkeys and other animals. You will also be able to ride quad bikes, go zip-lining and go on photo safaris.