Travel to Mauritius: a pocket guide 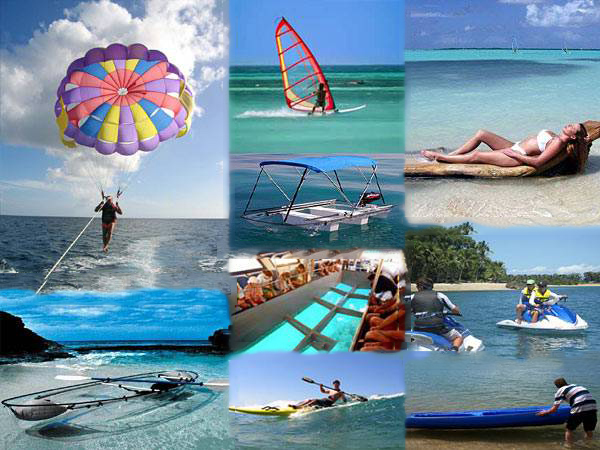 Mauritius, four consonants, and four vowels to describe this little piece of heaven shining in the middle of the Indian Ocean. Located about 10,000 km from Europe, Mauritius is an island five time bigger than Isle of Man. If we can compare Mauritius in terms of area, one cannot simply compare the Mauritian landscapes.

On its 2040 square kilometers, the island offers a unique natural diversity. Some people even talk about a paradise. I won’t be that poetic, but one thing is sure, it is one of the most beautiful countries in the world. Like you, each year more than one million visitors favor of Mauritius for their holidays, here’s why: 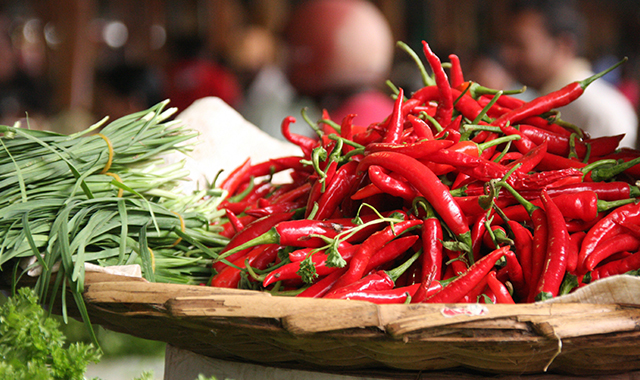 If there is one thing more beautiful than Mauritian beaches, it has got to be the country’s culture. The traditions are cultivated by the multiethnic people and so friendly. From the very beginning, Mauritius was welcomed people from all around the world, Africa, Asia, Europe. And yet, all live in perfect harmony despite their different origins. 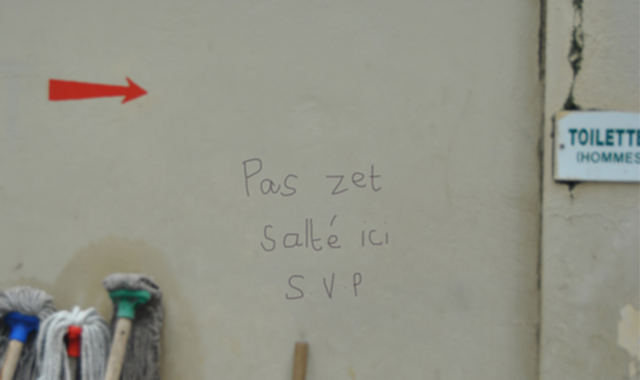 As the country’s multicolor flag, the Mauritian culture is an incredible mix of colors and traditions. So unique that in some regions, Catholics speaking Bhojpuri, a living language mixture of Hindu and Creole languages. And we can draw the same conclusion for the Hindi citizens speaking French.

If we speak formally, French, English and Mauritian Creole are the three main languages of the country. The local press and other media are mainly distributed in French. The French (former colonizers) like Mahé de Labourdonnais have occupied the island for quite some time, this explains why the cities and towns names are mostly in French.

Mauritian Creole is based on French combined with terms from different cultures and religions of the island. Wherever you are in Mauritius, you can be sure that Mauritians understand and speak French and English despite a slight accent. 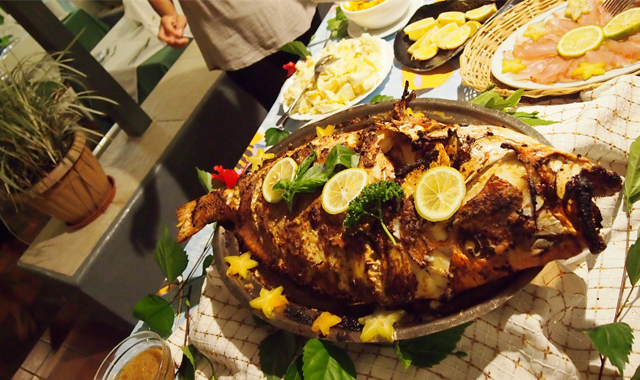 Chinese cuisine is widespread throughout the restaurants on the island. Fried noodles, chop suey are amongst the most popular dishes. The “Briyani” national dish but the tastiest Mauritian cuisine are the street foods that can be found all over the island.

Tourists really enjoy the tasty “Gato-Piments, dholls puris, samosas,” those can be even found in hotels. Although French cuisine has much impacted on the Mauritian cuisine, tea persisted as an English tradition. 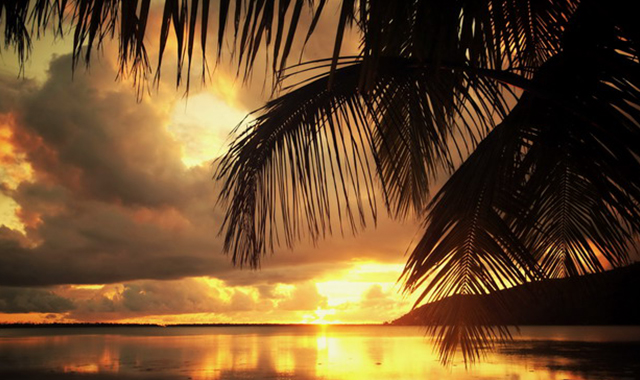 The time on the island is relatively warm and moist, but the east coast tends to be a little cooler owing to the fact that it crosses the southeast trade winds. However, the west coast is much warmer, especially in Port Louis, the capital city of the island.

Like other countries of the Southern Hemisphere, Mauritius has only two seasons, summer and winter. Summer in Mauritius is between October and March and winter during the rest of the year. The Mauritian winter is explained by a slight drop in temperature. No cold weather or snow here, in the winter sun shines softly. And yes, you better bring sun cream, even in winter!

“Mauritius, its a pleasure! “Is the motto of the Mauritian hospitality. Here everything is done to the well-being of the visitor. You will see upon your arrival on the island, an enchanting welcome. Some hotel resorts offer a custom welcome to visitors.

Maurice is a luxury destination. So luxurious that even four-star hotels are ideally located (I mean on the beach). Villa Carolina or the Pearle Beach Resorts & Spa are two of many hotels in Mauritius that offer excellent service for attractive prices.

Other than the large hotels, there are many villas in Mauritius. Beachfront or in the countryside, the villas stand as a less expensive alternative to hotels. The villa of Belle Riviere is the perfect example of the latest trend in hospitality. Not far from the beaches and at the same away from crowded tourist areas, you can enjoy all that the island has to offer, including privacy. 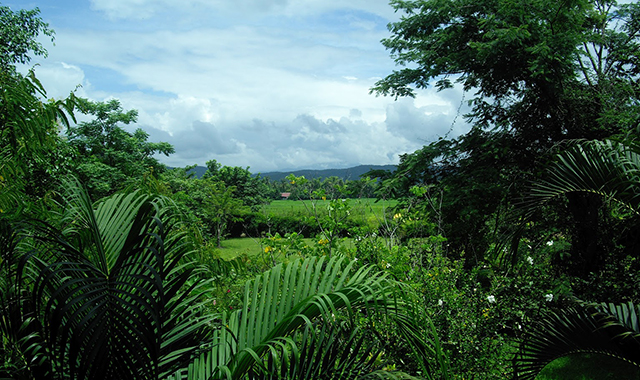 Mauritius is much more than a beach destination 100%, thanks to its tropical climate, the island has benefited from a flourishing wildlife. The fauna of the island is comprised of more than 700 native plants including many endemic ones.

The Mauritius Wildlife Foundation and other organizations are working hard to preserve this rich natural heritage. So, today you can visit this biodiversity in national parks and gardens. 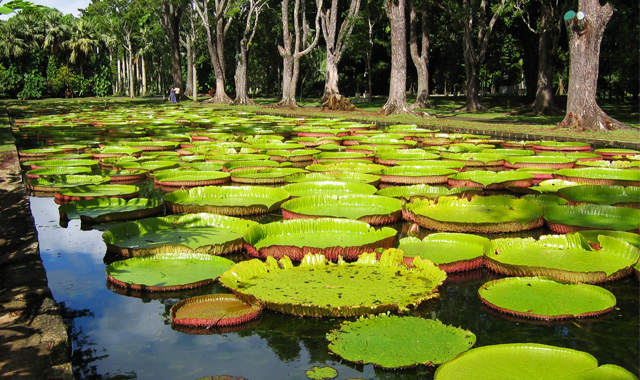 This beautiful botanical garden extends over 35 hectares and is the oldest botanical garden in the southern hemisphere. Also known as the SSR Botanical Garden, this garden owes its reputation to its famous giant water lilies and lotus flowers.

The garden is located few minutes from Port Louis and is one of the most visited places in Mauritius. It includes nearly a hundred species of palms, baobabs and especially a mythical sacred fig tree. For the low price of 5 pounds you can wander through the endless aisles of the garden and if you like plants, please do hesitate to hire a guide at the entrance, you will discover so much more. 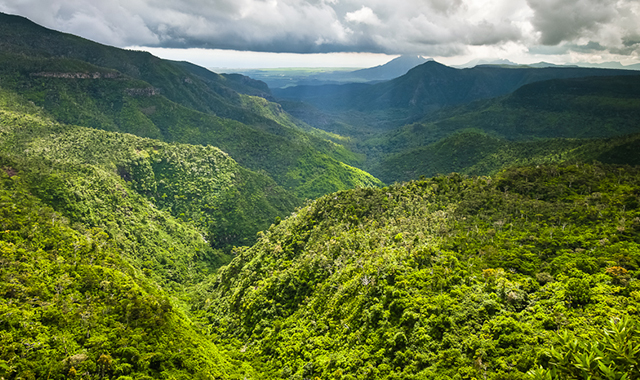 Located in the southwest, the National Park Black River Gorges is the largest natural park of Mauritius. A reserve of more than 6, 500 hectares of dense forest that lets us imagine what it was like Mauritius centuries back.

The park is not only a botanical sanctuary but also a natural reserve where live the rarest birds of Mauritius, an open-air museum. The Nature Reserve of the Black River Gorges offers over 50km of trekking pathway, it is advisable to visit the park with a group or in the presence of a guide.

The seven colored earth of Chamarel The seven colored earth of Chamarel attracts thousands of visitors each year. Located a few minutes drive from the National Park just after the village of the same name, the colorful lands of Chamarel impel the curiosity of many.

The varied hues land dunes of Chamarel is explained by the presence of volcanic ashes, which over time and erosion formed the multicolored soil . But what we still can not explain is, when you try to mix the different colors, few minutes later, the land intertwine to regain their natural colors! Isn’t curious? With over 330 kilometers of coastline, the island has over a hundred beaches.Whether you are looking to dive, snorkel or just sunbathe, there is a beach for everything in Mauritius.

The beaches are kings in Mauritius and it’s probably the place you will spend the best moments of your holidays. This is why we are happy to share with you the top 5 most beautiful beaches of Mauritius and its neighboring islands. Oh, Flic-en-Flac and its kilometers of white sand, who can forget Flic-en-Flac after visiting Mauritius? The beach of Flic en Flac is located on the west coast facing the village of the same name, one of the sun-drenched villages of Mauritius.

The beach is lined with casuarina trees for shade and its dazzling turquoise laguna is simply irresistible. Flic-en-Flac is the liveliest beach of Mauritius, you can practice many water activities like water skiing, paragliding or glass bottom boat tours. But the most interesting activity in Flic en Flac is snorkeling, get your fin and snorkel set ready! 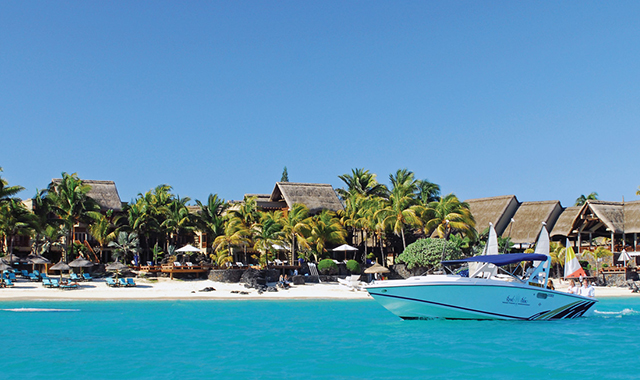 Located in the north, the village of Grand Bay is the main resort of Mauritius. The beach is enlivened by the presence of some beach restaurants, hotels, bar and numerous villas.

The beach of Grand Baie is spread over several kilometers long where the waves come aground on stretches of white sand. The water is clear and shallow. This is great for swimming and diving, but one can also practice a lot of water activities.

Beach Tamarin is rather special, not only because of its white sand but also for its unique waves. Tamarin is the most trendy beach of Mauritius, many youngsters come here to surf and enjoy the waves.

Tamarin is not as popular as Flic-en-Flac. The beach is far from the big cities and major touristic areas, which certainly helped to retain its authenticity. On weekdays, Tamarin is quite uncrowded, but it gets busier on weekends. 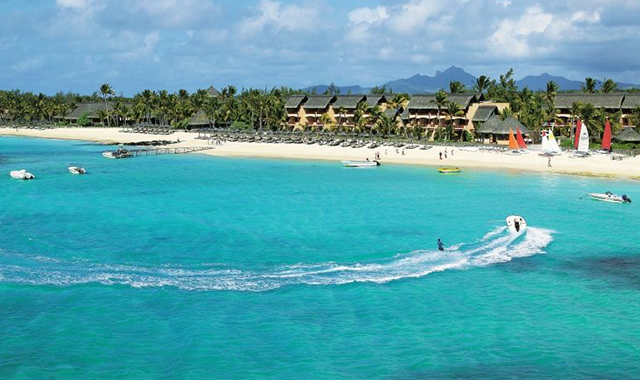 Belle Mare is a luxurious beach. Located in the east of Mauritius, this beach is very much uncrowded. The East of Mauritius is characterized by much more natural beaches and sceneries than west of the island. There are quite a few hotels but very little urban development.

The beach extends to Palmar, kilometers of white sand to lay your beach towel and relax. If you prefer some shade, Belle Mare is the beach of palms trees and casuarina trees. With its white sand, turquoise waters and the mythical Morne Brabant as background, Le Morne beach is a living postcard. A place cut off from the rest of Mauritius.

Alongside Bluebay, Le Morne beach is one of the most beautiful beaches of the south of Mauritius. The lagoon is protected by a natural coral reef.

The time difference between Mauritius and Uk is two hours in summer and three hours the rest of the year.
The flight time is 11 hours
The Mauritian rupee is the currency of the island. (1 £ = Rs 50)
The voltage is 230 volts and electrical outlets are type C and G
Healthwise, no vaccine is needed in Mauritius
Tap water is safe to drink
Mauritian roads are all free
Driving is to the left
You can use your mobile phone in Mauritius, but check with your operator for rates
There are post offices in all regions of the island
Bus services cover the whole island, check here
Do not forget your camera!