The Seychelles: Fly to the beaches! 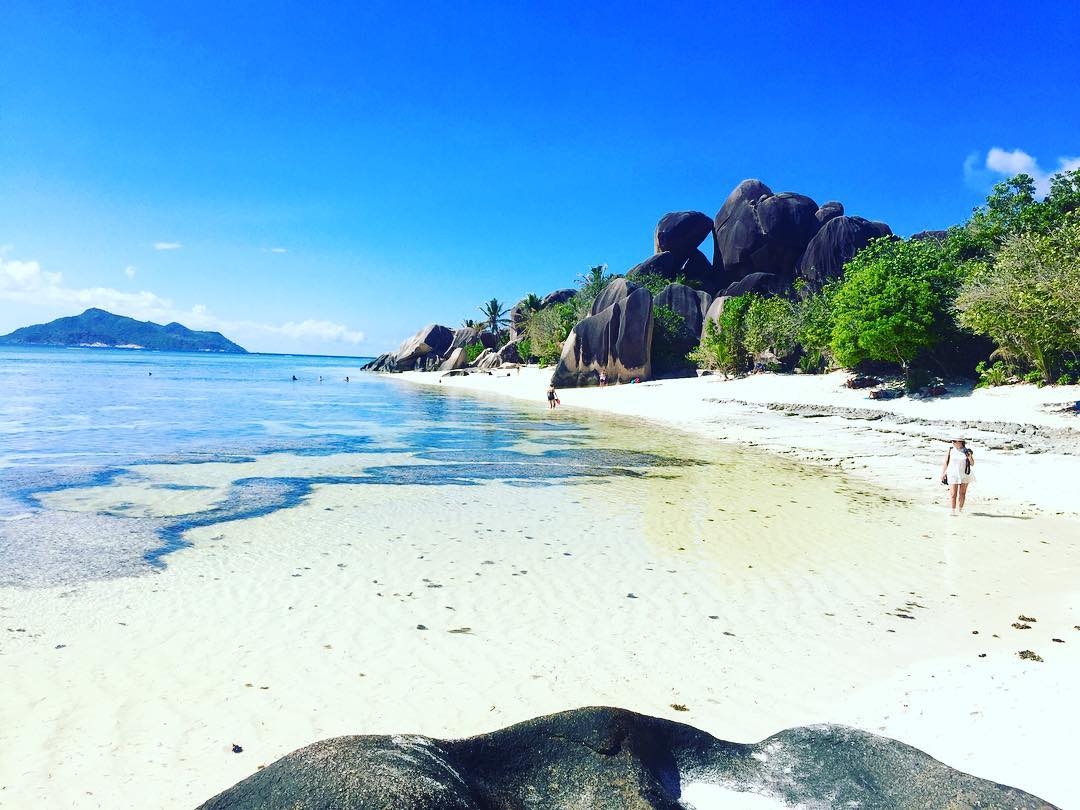 The archipelago of 115 islands forming the Seychelles is famous for its beautiful beaches, which are the main attraction for visitors. Almost the entire island is surrounded by spectacular white sand. The SNA has considered the top beaches in the Seychelles.

There are these fabulous rocks from another age, that give each a Jurassic coastline pan majesty, that give depth to the cards, and change the romance adventure film. This goes beyond the beauty that awaits the tropics, light sand, clear water, palm trees accomplices everything takes an epic dimension, and the people imagination these beaches pirates, cursed ship, hopeless romantic. Some beaches are coves with tunes from around the world, gold enclaves in the forests, where there are fears almost to surprise some unspeakable secret. Anse Takamaka, Mahe, or Anse Georgette, Praslin, have this wild look of hidden gem, with their form half-moon bristling with rocks, their treasure map draws. Everywhere the water comes in precious stones, one hesitates to resort to kitsch, but how to say otherwise? it combines the transparency of the diamond to the smoothness of the turquoise. Others are huge, wide open bays inordinate whose brilliance dazzled out of sight. Lazare bay, Beauvallon beach in Mahe and Anse Lazio on Praslin, are large gentle beaches, where some palm trees just grow horizontally to better work towards the pearl of funds. On Praslin-Seychelles, the beach coast Golden is huge and flat out of sight, without depth, so much so that we imagine to walk on water to the rocky islets that low tide strips. The sand is almost white ice, and the zenith, the light is blinding literally – it’s the kind of beach where reflected causes snow blindness. You get the impression of having been transported to another piece of paradise, as if you jumped from sphere to sphere, to increasingly clear nirvanas.

This is one of the best beaches in the world. Located on the island of La Digue – the third most populated island of the archipelago, its white sand beaches, azure blue sea, surrounded by massive granite boulders make this beach a place of unique souvenir for Seychelle’s tourists. The beach dotted with massive boulders and smooth, came out first in a survey by the British newspaper “The Guardian”. TripAdvisor website, which collects user reviews, classified the beach in the Top 12 of the most beautiful beaches of crystalline water. The beach is also featured among the best beaches in the Traveller’s Choice 2014. The beautiful National Geographic book elected Anse Source d’Argent best beach in the world. The beach was also voted 4th best beach in the world by CNN on 100 staff. She is the fifth best beach ranked 12 in the world by US News & World Report.

Located in the northwest of Praslin – the second most inhabited island of the Seychelles, it is regarded by many as the best beach in the island nation. This is probably the one that is the most photographed. Long and wide, with its satin sand and enchanting blue sea, the beach is surrounded by large granite blocks and gives the feeling of being isolated in a small corner of paradise. In 2015, users of Tripadvisor elected Anse Lazio as the 6th most beautiful beach in the world.

Located on the west side of Praslin, this beach – compared to Anse Lazio – is nice and quiet. Accessible only by boat, the beach has preserved its isolation, making it an ideal place for couples. US News & World Report indicates that the beach “one of the 10 best beaches in the world. ”

The producer and British actor Jamie Theakston, described the beach “spectacular -with one hand steep volcanic cliffs and across a growing perfect azure blue sea that sliding on the sand barely caressing your feet. “It is on the east side of the island of La Digue and listed idyllic beaches in the Seychelles in the Lonely Planet guide. This is the place for you if you wish to play castaway on a deserted beach.

Ranked as one of the most unspoilt beaches of the main island of Mahe, it lies on the south coast of the island and stretches over nearly 3 km. With no reef, the big powerful waves make it an ideal place for surfers. However, this is not the best site for those who just want to swim. US News & World Report has ranked 5th activity things to do in Seychelles

The beach borders the Seychelles Morne nature reserve northwest of the main island of Mahé. It is accessible by boat or by hiking trails. The online version of the Daily Mail in the UK was ranked No. 1 of the 6 best outputs to the Seychelles. As for Tripadvisor, the site was ranked No. 5 in outdoor activities on Mahe. According to a user of Tripadvisor “Hiking to get there is long and exhausting, but it’s really beautiful because it offers magnificent views of the coastline. Once you’ve made it, Seychelles reward you by allowing you to admire one of the most enchanting places on earth! “