What better way to soak up the atmosphere of a country than to stroll on its markets? Colors, smells, atmosphere: put all your senses on the alert and discover a concentrate of the island at the central market. You will find there as well food as spices and traditional medicinal plants, of which some famous aphrodisiacs! The part devoted to the craft is well supplied but attention, all is not of local manufacture. Discover the Port-Louis Central Market.

The capital of Mauritius, Port Louis is a hotspot for tourism. Located north of the volcanic island the city is known for the beauty of its white sand beaches on the edge of the Indian Ocean, crystal clear waters, pleasant climate, friendly people and exotic cuisine. Locality of tourist concentration it is also the largest city of Mauritius.

Apart from the relaxing siestas on its splendid shores, you will notice during your unforgettable stay in Port Louis, that the city offers much more than that. Visit cultural Vallée-des-Prêtres, its citadel and Al-Aqsa mosque of Plaine-Verte with its high white spire or admire the old Creole houses. The Place des Armes and the market are two other points of interest.

The Port Louis Central Market is right next to the Immigration square or better known by locals, “la gare du nord”. To visit preferably early in the morning to admire the stalls of fruits and vegetables leaving evaporating exhilarating and spicy perfumes. Rebuilt in recent years following the fire that devastated the original market, the Market has nonetheless kept its typical atmosphere where sellers are auctioning the price of their goods.

The latter is a real pleasant hubbub mixing voices and flavors and known not only for its delicious fruits and vegetables but also for the atmosphere that is unique there. You can buy souvenirs of sumptuous embroidered tablecloths, colorful baskets, traditional basketry …

The central market of Port Louis is one of the oldest sites on the island (more than 2 centuries). Whatever the time of year, this market on Queen Street near the Central Bus Station is open every day. Prized by the Mauritians, there are fruits and vegetables in abundance throughout the year of irreproachable quality. 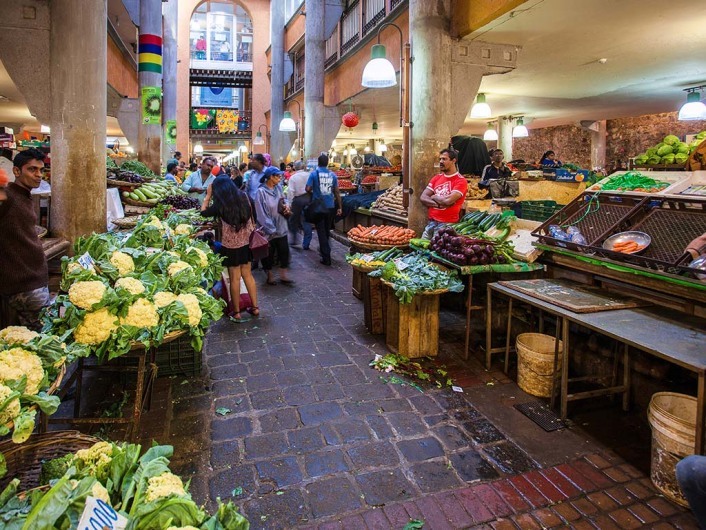 This is where you will have the opportunity to meet people and build relationships with locals (they all speak French). Recently, the city sees pushing towers that are out of the ordinary, you will surely see the tower of the Bank of Mauritius, the Newton tower or the Telecom Tower. Bars and discotheques are more strongly represented in the capital compared to other cities of the island. You can wiggle there until the early hours.

The authenticity of the market also resides in the placards mentioning the use names of the goods, sometimes produced in Creole or according to a name proper to the Indian Ocean.

The fruit and vegetables part is under a covered area which is very convenient because the sun hits hard even in winter in Port Louis (period we were there). We went to the market twice during our stay and would recommend if you can get there early in the morning to avoid the crowds.

Fruits and vegetables are cheap in Mauritius and quality at the rendezvous. The stalls are neat and clean.

Tomatoes are commonly known as “Pomme d’amour” (love apple) in Mauritius. A nice name for red tomatoes that taste good.

There are also fresh products other than exotic fruits and vegetables on the market.

On the other side of the vegetable market, the very typical meat and fish stands, but whose scents are much less intoxicating. You will find Chickens, eggs, beef and pork and all kind of fish. No Exotic meats on the me

The craft market is a maze of tourist souvenirs (t-shirts, tablecloths, baskets, souvenirs, spices …) where buyers and merchants like to negotiate prices. There are mainly handicrafts from the entire Indian Ocean – generally Madagascar, reunion island and Rodrigues, Africa or Asia.

Basketry and Malagasy tablecloths, African art, decorative objects and necklaces are the most prized souvenirs. The purely Mauritian craftsmanship is increasingly rare, the price of raw materials and the cost of manufacture being more expensive than imported products.

In the main street giving access to the market reigns a lively effervescence punctuated by carts bringing vegetables to the market, street vendors, bird vendors, samosas or local dishes.

A good plan to immerse yourself in local traditions, taste curdled milk, black moss or dumplings.

In the street as well as in the main aisle of the Central Market, the most popular kiosk is Coronation, pariah parka par excellence where Mauritians buy the “green tickets” of the national lottery. The greenback has been somewhat dethroned in recent years since the introduction of Loto in Mauritius in October 2009, followed by scratch cards.

Some tour guides talk about pickpocket mainly around train stations and markets. Rest assured, no worse than elsewhere. It is obviously advisable to use common sense and like all over the world, avoid a big wallet that protrudes from a back pocket or a large open purse. Market traders are the first to watch for pickpockets and intervene quickly to catch a thief. They ensure the reputation of the market. 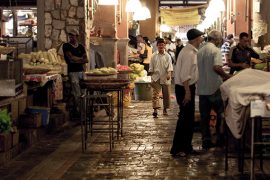 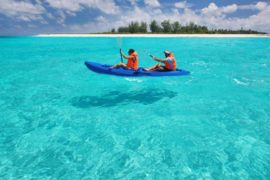 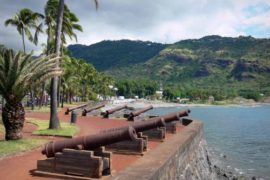