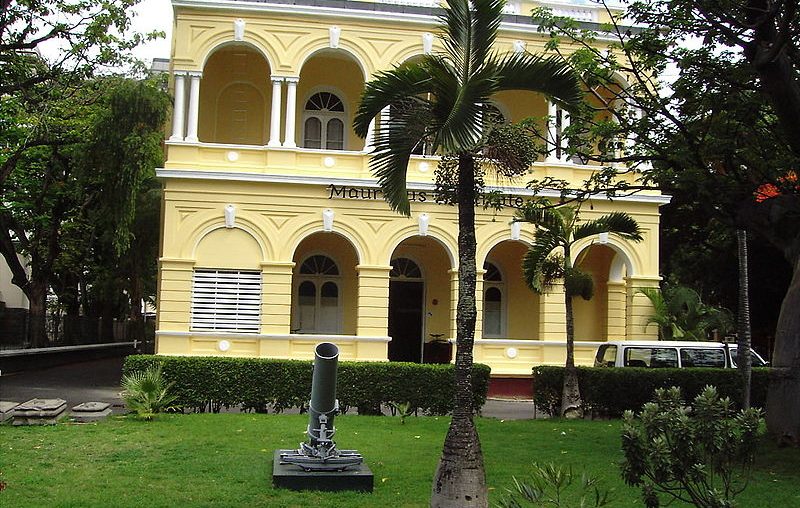 The museums of the Island of Mauritius

The island of Mauritius has a rich culture, which is due to its diverse population hailing from Europe, Africa and Asia. One of the ways that visiting tourists can witness the cultural heritage of the island is through its museums where not only they will be able to learn more about the Mauritian way of life but also learn more about the fauna and flora of the country.

The Blue Penny Museum is a stamp museum located in Port-Louis, at the Caudan Waterfront.  It is named after two of the rarest postage stamps of the planet: the blue two-pence and the orange-red one penny stamps which were issued back when Mauritius was a British colony, in 1847.  It is one of the only two places in Mauritius where those stamps can be seen, the other being the Postal Museum.  Other items displayed at the Blue Penny Museum include old marine maps, paintings, sculptures, more stamps, old documents and engravings which bear witness to the rich Mauritian history. The museum also houses the original statue of Paul and Virginie created in 1881 by Prosper D’Epinay.

The Natural History Museum of Port-Louis

Located near the gardens of the East India Company, the Natural History Museum of Port-Louis houses exhibits of the impressive fauna of Mauritius and nearby islands. Only three galleries remain out of the original four. The first gallery shows the various bird species that can be found in the region as well as the head of a wild boar, stuffed monkeys and lemurs, an eagle and various reptiles.

The second gallery is dedicated to marine species. There you will see an impressive collection of seashells, including the giant clamshell which weighs about 70 kilograms. Visitors will also see various species of fish and models of sharks and cetaceans.

The third remaining gallery houses exhibits about the Dodo, the famous Mauritian bird which went extinct during the Dutch occupation of the island. Tourists will also see a video display about excavations of Dodo bones, some of which are also exhibited at the gallery.

The missing section that is no longer on display was about the geology, meteorology, corals, shrimps, insects, turtles and local woods.

Located at Plaine Verte, the Sir Seewoosagur Ramgoolam Memorial Centre for Culture honors the first prime minister of the island of Mauritius and the architect of its independence from the British. The Memorial Centre was the old house from which he used to practice medicine. There, tourists will be able to see the personal belongings of the Mauritian leader and other objects retracing his life.  In the front courtyard visitors will find a bronze statue of Sir Seewoosagur Ramgoolam.

The Mauritius Postal Museum is located near the motorway in Port-Louis in an old stone building dating from the 18th century. It houses objects related to the postal history of Mauritius, especially the famous red and blue penny stamps. Visitors will also see photographs of old post offices and mail vehicles of the island as well as various philatelic paraphernalia dating back to the mid 19th century. Those wishing to purchase souvenirs and stamps may do so at the gift shop.

The Mauritius Photography Museum is located opposite of the theater of Port-Louis at La rue du Vieux Conseil.  It is a small private museum which houses all sorts of artifacts and documents about Mauritian photography and the early days of cinematography. Among the objects that you will see there you will find: old cameras and lenses, old books about photography, some of the first daguerreotype pictures on metal or on ceramic, projection equipment, printing equipment and even old stereoscopic pictures that will allow you to see how Mauritius looked like in 3D, among other things.

The Mikado Shell Museum in Port-Louis

The Mikado Shell Museum can be found in the city of Port-Louis, the capital of the island of Mauritius at Sir William Newton Road. It houses more than 3000 seashells, including those of Mauritius. The museum was founded in 1972 by a scuba diving enthusiast named Vic Chakowa. A special corner is dedicated to strange and rare seashells.

The China Heritage Museum in Port-Louis

The China Heritage Museum is located in Rémy Ollier Street in Port-Louis, near Emmanuel Anquetil Road.  It houses a collection of various objects related to Chinese immigration in Mauritius, such as old photographs, models of the old Chinatown, scales used in Chinese shops to weigh different goods, old calendars, baskets, old Chinese newspapers and printing equipment, among other things.

L’Aventure du Sucre is a museum housed in the old sugar factory of Beau Plan in the district of Pamplemousses. Its purpose is to exhibit objects and machinery used in the manufacturing of sugar and related to the sugar industry in Mauritius, from the introduction of sugarcane in the island by the Dutch settlers up to modern times. At the souvenir shop, visitors will be able to purchase various objects related to the sugar industry and agriculture such as special sugars in various forms, scented candles and different varieties of rum.

The Chateau Labourdonnais was an ancient colonial house which is located on an old sugar estate in the village of Mapou in the district of Rivière du rampart. It is worth visiting as it is a witness to the colonial period of the island of Mauritius up to its independence. There, you will find interactive kiosks showing how the renovation work was carried out in the house and its history, a museum in Mauritius showcasing mauritian life in the nineteenth century.  In the exhibition halls, visitors will find objects and documents related to the owners of the domain and the development of the island of Mauritius before 1850. Nearby, you will also find a souvenir shop where you will be able to purchase objects and goods relating to the sugar and agricultural industries.

Maison Eureka is a Creole colonial house located in the district of Moka which has been converted to a museum of antique furniture and objects such as old photographs, chinaware, books, rugs, etc. The building dates back to the 19th century. All around, you will find a beautiful garden and nearby, you will find shops selling various local goods as well as a restaurant selling various Mauritian meals.

The house of the Aubineaux was built in 1872 and houses an important collection of ancient furniture, photographs and paintings. In 1889 it was the first residence of the island to be outfitted with electricity. It marks the first stop of the Tea Road, La Route du Thé in French, which is a tour which allows tourists to learn everything about the production of tea in the centre of the island and the production of sugar and rum in the South-East.

In the South-East of the island, you will find the Mahébourg National History Museum, on the bank of Rivière La Chaux, in an old French colonial country house built in 1772. It is said that in the aftermath of the Battle of Vieux Grand-Port in 1810 the two commanders of the enemy fleets were given medical treatment for their wounds side by side. The building is also known as Chateau Gheulde, Maison Robillard or the Naval Museum.

It houses a collection of diverse objects relating to the history of the island of Mauritius such as old documents, prints, paintings, maps, miniature sculptures from Prosper d’Epinay who was a famous Mauritian artist, objects recovered from a variety of shipwrecks such as Chinese Porcelains dating from the Ming Dinasty, gold and silver coins, buttons, buckles, trading beads, the bronze bell recovered from the Saint-Geran, etc.  The objects are arranged in different rooms according to the different settlement periods of Mauritius.

In the southern town of Souillac in the region of Rivière des Anguilles, you will find the Robert Edward Hart Memorial Museum which is located in a bungalow made of coral called La Nef. The museum houses a collection of objects which once belonged to Robert Edward Hart, a Mauritius poet born in 1891 and who died in 1954. Among the objects that are on display you will find originals and copies of his letters, speeches, plays and poetry, his violin, spectacles, awards and books, among other personal belongings. La Nef itself was donated to the poet after his house was destroyed by a cyclone.

In the region of Vieux Grand-Port, you will find the Frederik Hendrik Museum which is built on the very ruins of the first Dutch Fort. The visible structures consist of a lodge, a prison, a bakery and a blacksmith’s workshop. The historic site also contains the ruins of the first catholic church of Mauritius, built in 1737 by Mahé de La Bourdonnais. You will also find a permanent display room where various artifacts are exhibited such as a model of the archeological site, building materials, military objects, agricultural objects and objects of everyday life, among other things.

Located near the beach of La Preuneuse in Black River, the Martello Tower museum is a witness to the occupation of the island by the British. It was one of the five that were built around the island of Mauritius after the Napoleonic wars to defend it against further invasions and against revolts by local planters after the abolition of slavery. Inside the visitor will be able to see various pieces of equipment and everyday utensils and how the soldiers who garrisoned the fortress used to live.

Do you know about more museums in the island of Mauritius? Tell us about them in the comments!