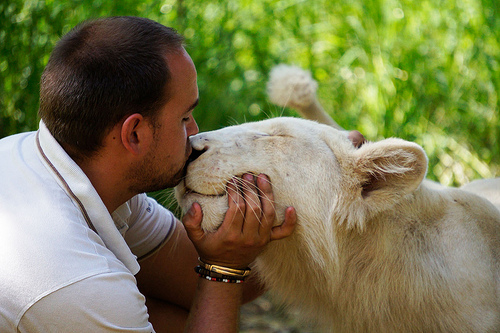 The most unusual activities to do while on holidays in Mauritius

As you should have noticed reading this blog by now, the island of Mauritius is really famous across the world for being a fantastic holiday destination where everything is finely-tuned so that your holidays are the most pleasant and relaxing as possible: great luxury hotels, friendly and helpful staff, outstanding food from European, African and Asian cuisines, etc.

You may have tried every kind of activity that you thought was available on this little island: you tried kite-surfing at break-neck speeds off Le Morne, wind surfing along the rest of the west coast, diving at some of the best dive spots of Mauritius, golfing at some of the best-designed golf courses of the island, excursions on horseback, hiking in the island’s national parks, etc.  It’s been all good and you’ve got a lot of happy memories and pictures to prove you had a great time. But what should you do if you still have a few days left with nothing else to do, or if you want to try even more exciting things during your holidays? Even worse, what would you if you had Bear Grylls as a roommate in your hotel in Mauritius or your private luxury villa and he kept screaming: “More! More! More!”? Here are some really-out-of-the-ordinary activities that every adventurer should try during his holidays in normally-peaceful Mauritius.

Skydiving is one of the most thrilling, exciting and out-of-this-world experiences that should be on everyone’s bucket list. Thankfully, you can also try it during your holidays in Mauritius thanks to a little company located in the East of Mauritius at Mon Loisir Sugar Estate called Skydive Austral. They will take you up to a height of 10000 metres over the island in a Cessna plane and then will drop you off in tandem with an instructor for a thrilling jump that should last about 40 seconds maximum, although the whole airplane trip may last up to 1h30. It is the best way to get the best view of the island of Mauritius. They can be reached on +230 5499 5551 or +230 5421 4987

Fly over the lagoon

There are two other small aviation companies offering  rides in ultra-light airplanes in Mauritius; Wings Aviation Club and Island Wings Mauritius. Wings Aviation Club offer the opportunity to fly over different lagoons in small seaplanes. Their headquarters are in Grand Gaube and a typical trip may start from the Grand Bay Lagoon, flying at an altitude of 100m over the northern and eastern coasts and may even go up to Ile aux Cerfs. They can be reached on +230 5 7100 300

Island Wings Mauritius has two microlight aircrafts and offer tours of the North and the North-East coast up to île d’Ambre, also departing from the Mon Loisir Sugar Estate airstrip. They can be reached on +230 4214987

If you’re the kind of adventurer who really loves tough challenges in the great outdoors, you’ll agree that there are few challenges comparable to the thrill of the hunt, a match between man and beast where there is an equal chance of claiming the big prize or nothing at all. It is possible to go on hunting trips across the island. After all, Mauritius was known for hundreds of years as a place where ships could stock up on groceries at the expense of the local fauna. This situation only became better when the Dutch decided to try breeding Java deer in Mauritius and the deer decided they could do without the Dutch. Since then, Mauritius has been a breeding ground for Java deer, to the delight of local hunters.

The other animals that are regularly hunted across the island are wild boars, hares, and Guinea fowls. There are a handful of companies which provide hunting experiences to paying tourists and locals such as Fishing and hunting Safaris Ltd (+230 729 9120), Le Chasseur Mauricien Ltee (+230 746 8370) and Vacances Aventures Ltée (+230 734 7760). Some of these agencies will provide you with rifles for your hunt, but the best way to get up close and personal with Mother Nature is to use plain old bows and arrows. For that, you’ll have to contact Le Chasseur Mauricien or VacancesAventures. Hopefully, if you’ve been lucky with during your hunt, you’ll be able to enjoy local recipes prepared with what you hunted.

The island of Mauritius is also famous for another type of fight that takes place between man and beasts in the form of Big Game fishing. Some of the most prized catches are the Blue and Black Marlin, the swordfish and the sailfish. Other species of fish regularly caught around Mauritius are various species of tuna, various species of sharks, dolphin-fish, etc. Expect to fight the fish for long hours as these fishes can take several hours to allow themselves to be reeled in and won’t give up before giving some good resistance. Big game fishing operators can be found in Grand Bay and Black River.

If you ever wanted to pilot your personal speed boat in the lagoons of Mauritius at break-neck speeds then you must try sea karts. Those water craft are just like jet-skis, but they are wider, can carry two passengers side-by-side and aren’t prone to flipping over. Sea kart rides are available at Fun adventure Mauritius (+230 5 499 4929). The rides start from Black River and may go up to Flic-en-flac or down to Le Morne Peninsula.

Nothing gets your adrenaline up like being faced with some of the most dangerous creatures of the planet. Of course, a good part of the said adrenaline going up is often due to your misunderstanding of said creature. At the Casela Nature Park it is possible to walk with lions, tigers and cheetahs. The aim of these walks is not to scare the living daylights out of poor human beings but to enable humans to understand those big cats better. Still, it will be one of the best experiences during holidays in Mauritius.