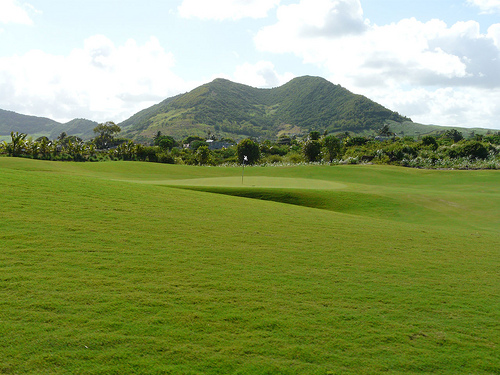 The Golf Courses of the Island of Mauritius

Mauritius is one of the most prized luxury holiday destinations around the world and is generally known for its multicultural population, white sandy beaches, big game fishing and its luxury resorts and spas.

Because of its reputation as a luxury holiday destination in the Indian Ocean and its beautiful landscapes, it is only natural that Mauritius would also be known for being a prime destination for golfers. Here is a list of all the golf courses that you can try during your next holidays in Mauritius.

The Mauritius Gymhkana Club is the oldest golf course in the island of Mauritius. It is also the fourth oldest in the world and the oldest in all the Indian Ocean. It was founded between 1834 and 1844 for British Officers serving in Mauritius. It is an 18-hole golf course that’s located near the centre of the island, in between the towns of Vacoas and Phoenix. In addition to golf, visitors can practice tennis, squash, swim at the pool and work out at the fitness centre.

The golf course at the Domaine de Bel Ombre is an 18-hole golf course located in the south of the island of Mauritius. It is part of the Heritage resorts and has been voted as being the 4th best golf course of the island. It was designed in 2005 by the famous golf course designer, Peter Matkovitch from South Africa.

Located in the eastern part of the island, the Four Seasons Golf Club Mauritius has been voted by Golf Digest in 2012 as the No.1 golf course in Mauritius. It was designed by the South African golf player, Ernie Els in 2008 and is an 18-hole golf course built to USGA standards.

Still in the eastern part of the island of Mauritius you will find not one, but two more golf courses which are part of the Belle Mare Plage Golf Club. The Legend Golf Course is an 18-hole golf course designed by Hugh Baiocchi, a South-African golfing champion. The Links Golf Course is another 18-hole course which was designed by Rodney Wright and Peter Allis. It regularly hosts the MCB Tour Championship, the final stage of the European Senior Tour. The Legend course was built in 1994 whereas the Links course was built in 2002.

The One & Only Saint Géran Golf Club

Unlike all the others, the One & Only Saint Géran Golf course only has 9 holes. But it is still a challenge as one of its holes is played directly alongside the beach. The golf course was designed in 1970 by Gary Player, a South-African golfer regarded as one of the greatest players in the history of the sport.

The golf course of Le Touessrok Hotel is located on a small island called Ile aux Cerfs, unlike all the others which can be found on the mainland. Therefore golfers will have to make a short trip by boat in order to play their favorite sport. It is an 18-hole golf course that was designed by Bernhard Langer, a German professional golfer, in 2003.

The Paradis Hotel and Golf Club is located in the south-west of the island of Mauritius. It is an 18-hole golf course that was designed by David Dutton and Tony Johnstone in 1992. It was the first 18-hole championship golf course established on Mauritius.

The Tamarina Golf Club is located in the west of the island of Mauritius. It is an impressive and quite technical 18-hole golf course that was designed by Rodney Wright and Peter Allis in 2006. The setting for this golf course might be more reminiscent of Africa rather than the usual tropical-themed golf courses of the island.

Photo from: Golf (2) by Ernest C., on Flickr http://www.flickr.com/photos/mesfoto/