When we think of the Seychelles, most of us probably have these following images that comes to mind;  blue turquoise water, sun reflecting off the white sand, lush tropical vegetation and peaceful atmosphere-all of these descriptions are eventually right, but there is much more of the Seychelles than just its aesthetical appeal.

Let us travel some hundred years back in time and learn more about the rich and almost fantastical history of this beautiful archipelago  that includes tales of frightening pirates, hidden treasures and explorers seeking to taste nature’s ‘Eden’. Let’s get started!

Located in the Indian Ocean, northeast of Madagascar, the Seychelles lies approximately between 4ºS and 10ºS and 46ºE and 54ºE.

The archipelago comprises of 115 islands, of both granite and corals. The islands are scattered over an Exclusive Economic Zone of 1,374,000 km² and has a landmass of 459 km². 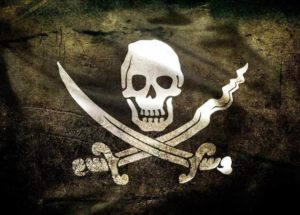 Throughout most of Seychelles’ recorded history, the archipelago remained uninhabited.  Because the trade winds did not blow towards the Seychelles directions, many historians believe that this is the main reason why the Seychelles remained unexplored and unsettled for so many years.

It is said that for a brief period of time between, 200AD and 300 AD, some Malays from Borneo might have settled in the Seychelles.According to a document dating from 851 AD, it seems that the Arab sailors who navigated from the Indian Ocean for trading purposes were probably aware of the islands, but for some reasons they did not settle them.

During his second voyage to the Indies in 1502, the great Portuguese explorer Vasco de Gama sighted a group of coral islands which he named Les Amirantes (Admiral Islands) in his honour, as he was the admiral of his fleet.  It is only in 1517, that the Portuguese will mapped the area and consequently named the nearby granite islands as the As SeteIrmas(The Seven Sisters) and keeping the name of Amirantes for the coral islands. Vasco de Gama is known to be the first explorer to make a definitive identification of the Seychelles.

In March 1608, the English East India Company trading vessel known as the Ascension set sail for India and at that time they were unaware that they will visit one of today’s most sought out holiday destination. Caught in a storm, the Ascension lost its directions to India and sailed towards the Seychelles. On 19 January 1609, the Ascension’s crew saw “high lands” nearby, they instantly headed for it. They eventually anchored in front of MahéIsland, where they found plentiful fresh waters, fish, coconuts, birds, turtles and giant tortoises. After replenishing their stores, they sailed back to the Britain and reported what they had found, however the British made no attempt to settle the islands at that time. One of the passengers of the Ascension will be the first to give a description of the Seychelles.

Commerce along the route to the Indies became very flourishing in the end of the 17th century, many commercial ships coming all the way from the United States, Netherlands and France navigated across the Indian Ocean, this eventually attracted many pirates to the area.

After attacking those commercial vessels and seizing all their goods, precious stones, silver and gold, they decided to hide all of it in the Seychelles archipelago, as it was for them the best isolated islands in the Indian Ocean.

Locals frequently narrates the legend of the infamous French pirates known as La Buse for hiding his treasures in Mahé Island and the legend of another French corsair named Jean-Francois Hodoul who buried his treasures in Silhouette Island. Pirates’ tombs and lots of old coins were discovered in Fregate Island, rumours are that a huge treasures is hidden in the island. The Seychelles will remained a famous pirates’ hideout for almost a century and a half.

The French expeditions in the Seychelles 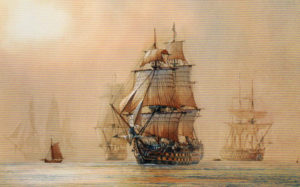 Since 1715, the French occupied the Isle de France, nowadays named as Mauritius. In 1735, the energetic administrator, Bertrand-Francois Mahé de La Bourdonnais was appointed to manage and protect the French sea route to India.

Being a sailor himself, Mahé de La Boudonnais decided to make a speedier passage from Mauritius to India, thus in 1742 he appointed LazarePicault to go on an expedition to accurately chart the islands northeast of Madagascar.

The next expedition will be in 1756 and this will be led by Corneille Nicolas Morphey. He will renamed the archipelago as the Isle de Sechelles, in the honour of the Chancellor Jean Moreau de Sechelles. This will be later anglicized as Seychelles.

The first French settlement was established in 1770, where they consisted of 15 white colonists, seven slaves and five Indians. The French settlers started the cultivation of spices such as cloves, chili peppers, nutmeg and cinnamon, however, they will moved to more traditional plantation crops such as sugarcane and cotton.

During France and United Kingdom war, a garrison is sent to Mahé Island, to prevent the upcoming British invasion. The leader of the colony will be then Jean Baptiste de Malavois.

Following the French revolution, Jean Baptiste Quéau de Quinssy will be designated as the governor of the colony, he was considered as the father of the Seychelles, indeed, under his governorship, the Seychelles highly prospered.

The tension between the two empires will increase due to several attacks from the French corsair on the British fleets. In retaliation, the British sent 4 warships. Acknowledging the British supremacy, Quéau de Quinssy chose to surrender without a fight. The British took possession of the island, but following an agreement with the British, Quinssy will continue to rule the Seychelles.

The Seychelles celebrated its independence on the 29 June 1976. The prime minister at that time was France Albert René and James Mancham becomes President of the Republic, even though he fought against independence.