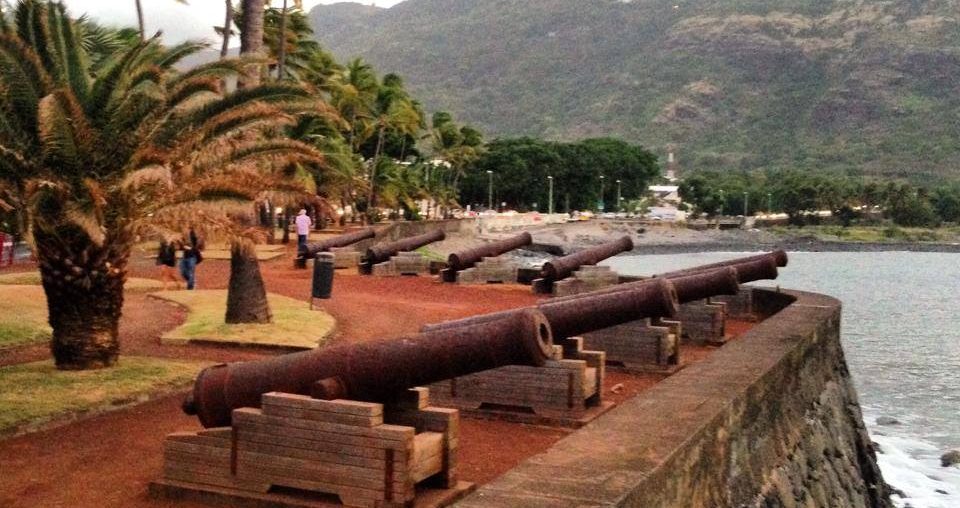 In the northern tip of the island of Reunion, supported by the mountains, lies Saint-Denis, the largest city of the French overseas territories, with more than 145,000 inhabitants.

Being once a small village of settlers, it experienced an economic leap in the eighteenth century when it became the capital of the island of Reunion. Three centuries later, the city keeps track of its rich past. At Barachois you will have a clear idea of ​​its past: the guns evoke the war against the English. A little, further up the hill, the monuments of La Redoute recall that the blood flowed during battle.

Saint-Denis offers in its old center, beautiful Creole houses and colonial buildings in a single-old mansion style. The Art Library presents contemporary artists, the Natural History Museum has an amazing collection and the city contains within itself something magical.

Saint-Denis is a mostly harmonious crossroads of peoples and cultures. Old Chinese stores and businesses managed by Indo-Muslims in their kurtah.

All this, like Creole curry, create a perfect blend, combining customs and traditions from three continents- Africa, Asia and Europe. They are no ethnic Reunion but one people with subtle nuances that will welcome you during your stay in Saint-Denis.

This beautiful city is a real sea of greenery. Few French towns can boast of having as many trees and many gardens. That is why we find these large or small spaces where orchids, ferns, tropical plants and European roses compete in beauty. Saint-Denis is surrounded by hills forming forest sanctuaries, where you can relax in peace and enjoy the fresh air and the sound of ever falling waterfalls.

The climate being tropical, there are two main seasons. Winter lasts from April to September, it is cooler and drier, turning temperatures around 20 ° C and summer lasts from October to March and is rainy and prone to cyclones, with average temperatures of 28 ° C.

Fog often prevails in the mountainous parts of Saint-Denis. The temperature over there are always less than 18 ° C. To make the most of your trip, the months of May and June are the most appropriate, thus avoiding the influx of tourists and the wettest period.

The annual rainfall in Saint-Denis is approximately 1700 mm. The three wettest month with an average of 11 days of rain in January, February and March, the austral summer period.

Places to Visit in Saint-Denis

Saint-Denis lives to the rhythm of a mixed Creole tradition. You will discover with pleasure the pedestrian area, La Rue de Paris, the Art Library, the Creole houses scattered throughout the city, the covered market with its wrought iron architecture, Barachois and its coastal cannons, the Cathedral, the state Garden and its Natural History Museum, and the Léon Dierx Museum.

Furthermore, beautiful excursions await you: Quinquinas island, the Chaudron waterfall, la roche écrite, the village of Grande Chaloupe in particular. You will find varied accommodation, hotels, condos or homes where you can stay during your vacation.

Saint Denis is principally a place to do shopping with its innumerable shops. Its pedestrian area allows to make purchases safely while blending into the daily life of local people. Likewise, always enjoying the city, you will see lots of Creole original houses, sometimes in ruins, mixed with more traditional and modern architecture.

A large covered hall to purchase small gifts and typical souvenir of Reunion for family and friends. Its wrought iron architecture gives it a very different aspect of traditional covered markets that can be found anywhere else.

The Barachois is the northernmost district of Saint-Denis and remains. The term “Barachois” is used in some parts of the French-speaking world to describe a coastal lagoon or lagoon separated from the ocean by a sandbar.

Saint-Denis’ Barachois is one of the most enjoyable walks of the island. Barachois is best known for what is found a little further on the coast itself: its battery of cannons pointing out to sea from Pointe des jardins, from which distances separating the island from the rest of the world are measured in kilometres. The place is also popular with tourists and honeymooners who come to have their picture taken at sunset.

Further east, the Barachois hosts a bowling alley and a concrete pool built in 1959. Designed by Guy Lejeune, while modern architecture symbolized the dynamism of the new department. The basin was filled, renovated, and transformed into a dancing bar.

This imposing cathedral situated Rue de la Victoire dates back at 1829. It has a lovely shaded courtyard, filled with a kind of figurative art fountain, made of cast iron, it comprises of a column, a basin and cherubs.

Garden of the State and the Natural History Museum

The shady garden has many treasures. The garden is more than a garden, it is a real plants conservatory. A variety of plants are to be discovered here and there in the aisles. Then its basin located in the center beautifully enhances the quality of its magnificence. Since the nineteenth it hosts the Museum of Natural History, a wide colonial building where the popularization of knowledge is the key word.

First Museum of Fine Arts from overseas, it is the initiative of Marius and Ary Leblond that this neo-classical architectural building welcomes since 1911 an incredible number of works by world-renowned artworks as paintings by Cezanne, Chagall, Degas, Delacrois, Manet and Matisse as well as sculptures by Renoir and Gauguin.

Located right on the shopping street of Marshal Leclercq, this splendid Mosque was renovated in 1970 as the previous was destroyed by fire a decade earlier. In 1905, the first mosque, which was erected on the same site, was the first of Reunion, and was built at the initiative of Muslim traders of Saint Denis.

Visiting the Chaudron waterfall and Bassin Bleu is one thing to do. The narrow path winding through the houses of the site remind you that the city of Saint-Denis is very close. Gradually, as you venture deeper, you enter a denser vegetation. The ravine and the river in the background will amaze you.

Have fun during your vacation in Saint-Denis!