Pirates in the Indian Ocean – A Treasure Hunt

By dint of battles and collisions, some of the filibusters who once foamed the waters of the Indian Ocean have amassed extraordinary fortunes, sometimes hiding them at the bottom of caves or holes dug in the sand. Drops that have turned heads to many treasure hunters. Some still desperately seek the magot …

Hidden treasure in the Indian Ocean 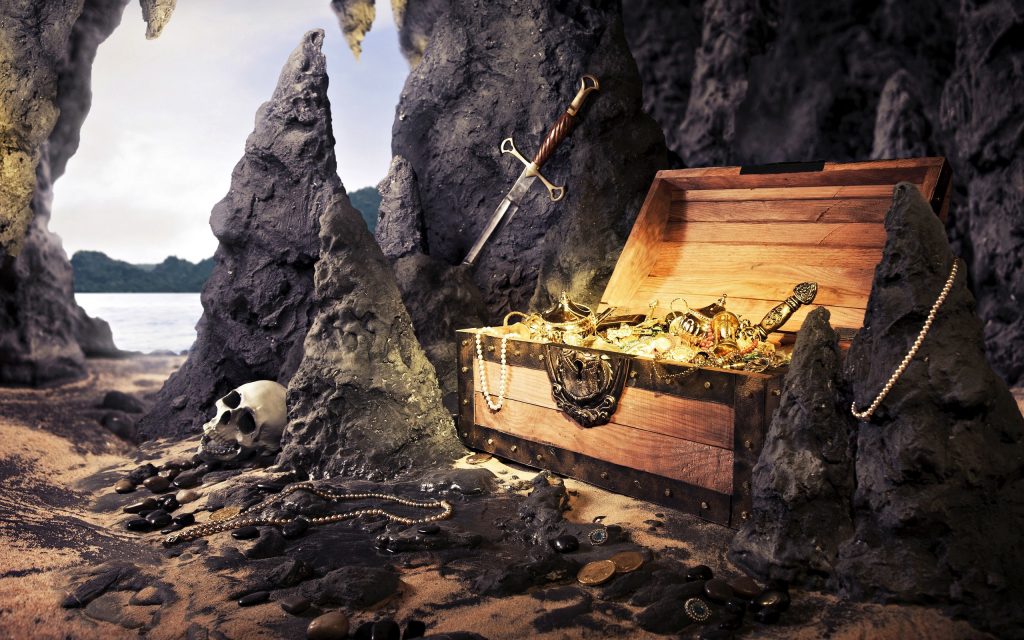 July 7, 1730, St-Paul, Bourbon Island (Reunion). Olivier Levasseur, known as “La Buse”, a notorious filibuster, a sea-skiff, the terror of the Indian Ocean, climbs the scaffold. In a few seconds, he will be hung high and short at the end of a rope of hemp. Faithful to his reputation, the terrible forban cast a suspicious glance at the crowd who came to witness his torture, which is besides composed of many repentant pirates. The latter accepted the pardon offered by the King of France by signing a charter of clemency, and settled in Bourbon to live there as honest settlers.

The Buse would no doubt have also preferred to take advantage of this good fortune as his former companions in arms. Piracy was now heavily compromised in the Indian Ocean because of the harshness with which the authorities were tracking the buccaneers. But for that, he would have had to give up his fabulous treasure, the biggest loot ever collected in the history of piracy: gold, silver, diamonds and jewels carried by The Virgin of the Cape, The Portuguese flagship that he seized in 1721 with the help of his partner John Taylor. It is now estimated that the treasure would be worth more than 4.5 billion euros (177 billion rupees).

Certainly, when he was hiding on the island of Sainte-Marie off Madagascar, Levasseur had shown good faith in making the cross of Goa an enormous seven-foot gold relic set with precious stones, but he refused to separate himself from the rest of the booty. Arrested while he was flying the Medusa (a ship which was wrecked a few years later in the Mediterranean and which inspired Theodore Géricault his famous painting) in the port of Sainte-Marie, La Buse was now condemned.

“My treasure to whom will understand! “

Legend has it that, from the top of his scaffold, the rope around his neck, the pirate threw a paper in the crowd exclaiming “my treasure to whom will understand! A phrase that has aroused many passionates and years of desperate, feverish research throughout the Indian Ocean. The pirate’s paper contains a strange cryptogram …

It was not until the 1920s that the document reappeared in the Seychelles. Madame Rose Savy, a resident of Bel-Ombre, on the north coast of Mahé, discovers strange signs engraved in the rock before her property, at low tide. Animals, human shapes and drawings of various objects: a horse, a dog, a snake, an urn, a woman, a “monstrously opened eye” … Some of the signs are mentioned in the famous cryptogram (once decrypted). 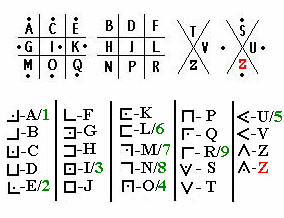 From there, the story takes a rather blurry turn. According to Charles Bourel de La Roncière, author of the book “Le flibustier mysterieux, histoire de un hidden treasure” (1934), in which is reproduced the cryptogram of La Buse, the Seychelloise would have discovered the document at the Bibliothèque Nationale de France. Robert Charroux, in his work “Treasures of the world, buried, walled up, engulfed” (1962), states that the document was passed on to Madame Savy by inheritance. She would indeed be the descendant of a mysterious corsair, Bernardin Nageon of L’Estang, who seems to have recovered the treasure of La Buse.

In his book, Robert Charroux reproduces the testament of Nageon de L’Estang, which makes mention of several treasures hidden in islands of the region, including Maurice and Rodrigues. One of them, allegedly buried in Rivière-La-Chaux, near Grand-Port, was allegedly discovered.

Some historians have expressed serious doubts about the authenticity of the cryptogram of La Buse and the testament of Nageon de L’Estang. Nevertheless, these documents triggered a treasure hunt of gigantic proportions in the Indian Ocean. For nearly a hundred years, many people, whether in Mauritius, Rodrigues, Reunion Island or Seychelles, have been looking for fabulous booty. Some have spent considerable fortunes there, sometimes even to ruin.

A former British soldier, Reginald Cruise-Wilkins, spent more than £ 30,000 between 1949 and 1977 to find the gold of Levasseur not far from the engraved stones of Madame Savy, at Mahe. He was persuaded that the booty was hidden in a cave, bought the ground, and dug the rock for a long time with dynamite and various machines. His son, John Cruise-Wilkins, continues untiringly since his father’s unfinished business. “We’ve used all kinds of machines and equipment, but I think we have to go back to the good old methods. We must enter this man’s head, “said the treasure hunter in an interview with AFP in 2010.

Flibustier Edward England, a Taylor and Levasseur acolyte, was abandoned in Mauritius in 1720 with a few companions following a Mutiny. As much obsessed with the gold of La Buse, Joseph “Bibique” Tipveau was persuaded that the booty was hidden in Reunion. He spent 30 years excavating in the Ravine-à-Malheurs, where engraved rocks were also found, before committing suicide in 1995.

Many Mauritians also sought Treasure of Levasseur and those of other filibusters. The main character of Jean-Marie Leclezio’s novel “Le chercheur d’or” is inspired by the author’s grandfather, who was a treasure hunter. In his forthcoming book “Histoires Mauriciennes”, the author Jean-Marie Chelin lists more than fifteen treasures hidden in the island by pirates. Several sites have been extensively excavated over the years, including Klondike, near Flic-en-Flac, the Souillac marine cemetery, Tamarin, Belmont, not far from Poudre d’Or. Gold has never been released despite the combined efforts of generations of researchers.

Up for a treasure hunt guys?