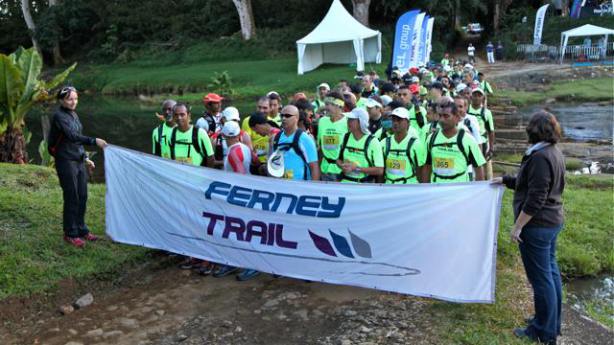 Although the island of Mauritius is world known for its picturesque sandy beaches than for its breathtaking mountain trails, it still bids plenty of opportunities for fantastic trail adventures. Exploring the interior of the island reveals a totally hidden and different aspect of it as you make for the mountains, explore lava tunnels or discover breathtaking panoramic views!

Early risers get the best

In Mauritius, as in other parts of the world, early risers get the best of the day. This rule especially applies during the hot summer months at it pays to begin your walk in the early morning to avoid the hot scorching sun of the mid-day. 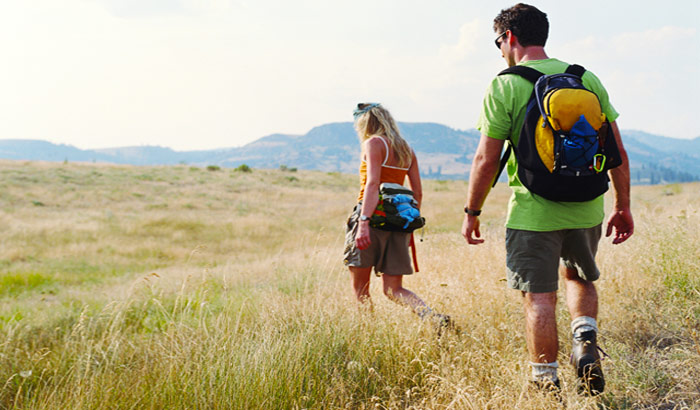 Be sure to take plenty of water, not too much so it is too heavy to carry, a pair of sunglasses, a hat and sunscreen, and wear good walking shoes and light, comfortable clothing.

The west of the island is the heaven of nature lovers. The Black River Gorges and the surroundings have what it takes to make nature lovers orgasm. The national park contains a dense forest of 6,574 acres of which about fifty kilometres of hike-able track, some of which are marked with signs of the expanse they cover. 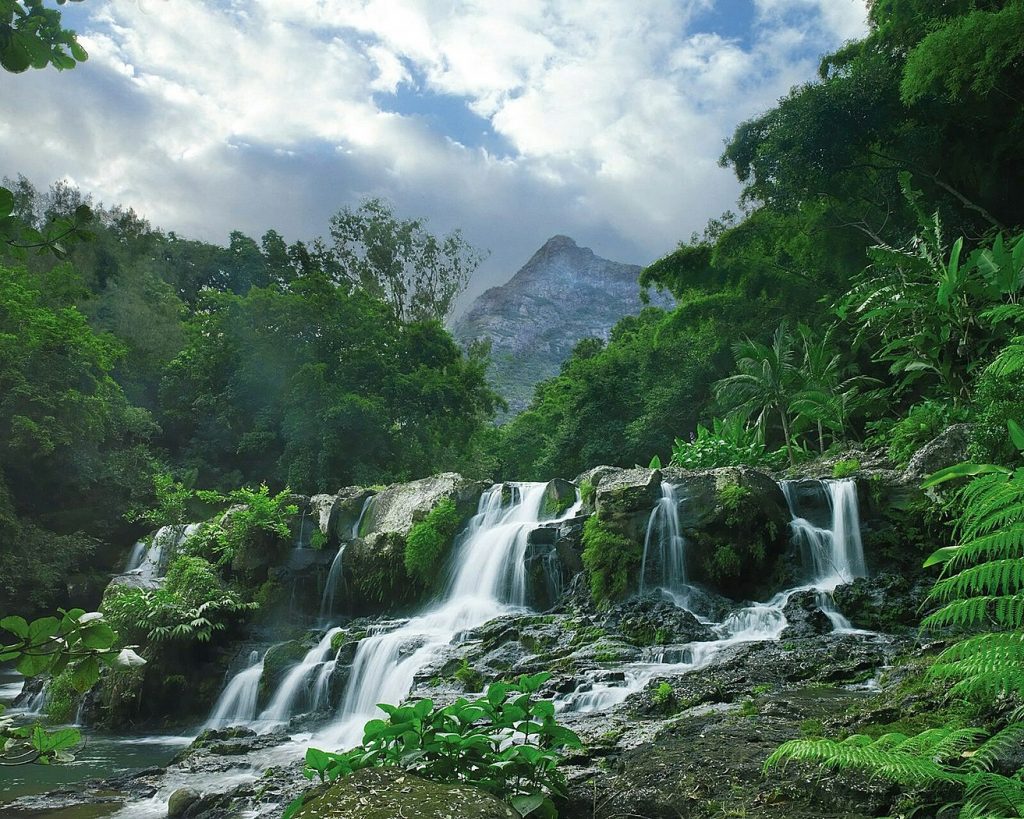 In order to never get lost along your way, always keep your eyes open and follow the yellow spots painted on some large boulders or plastic tags on the trees. Waterfalls, rivers, one hundred and fifty endemic plants, monkeys, bats, and tropic birds are just some of the surprises awaiting you in this rugged and unspoiled valley.

The highest point in Mauritius is “Piton de la Rivière Noire” standing at about eight hundred and twenty eight metres. There are three different ways to reach it. Two of them start in the Gorges and the third at “Plaine Champagne”. The last one is more suitable for trail rookies and is an ideal summer walk as trees shade you from the scorching sun the whole day.

The trail that offers the best panoramic visits starts in the small village of Chamarel. On the right just after the car park of the first restaurant. You go through a plantation of pines, something of a rarity in Mauritius, then you reach a forest where guava bushes predominate, picking a few fruits as you pass by. Then the going gets harder as the slope steepens. The view is simply breathtaking as you get closer to the summit!

When the turquoise blue lagoon of the Morne appears through the bushes, there is a rush of adrenaline which causes a moment of absolute happiness. The reward of the vision of the natural beauty of the world. Up here, closer to the sky, the sensation of breathing a purer air, feeling it cool down your lungs – in a word, Euphoria!

The beautiful town of “Tamarin” lies at the base of the “Tourelle Mountain”. Seen from below it looks like a Sunday afternoon walk but is quite a difficult climb. In places the soil is loose and unstable and the sparse and spiny vegetation offers little to hold on to as you make your way up. However for fitter climbers it offers a great opportunity for an exciting excursion.

The first fifty metres under the trees are quite tough with a steep slope up rocky ground. Then a first look-out place offers views over Tamarin Bay and its checkerboard of salt pans below. The dry terrain and the vegetetion of aloes and spiny bushes is typical of the west. You can also see Yemen and its range of mountains – the Rempart and the Trois Mamelles – on the other side. Further on you will come across mapou trees, endemics with a strange resemblance to bonsais. The last part of the climb is done using ropes which get you up to an immense plateau with an incredible view over Black River end the Morne. The boats moored in the bay look minute from this height and the reef is clearly visible. It is one of the most spectacular views in the west.

In the heart of Moka, the Pouce Mountain is the third highest in Mauritius at eight hundred and twelve metres. As you go through St Pierre It Is signposted and the route takes you into the cane fields for the start of the walk. You follow the track, which has been artificially carved into the side of the mountain, coming out on a wide grassy plateau where guava bushes grow. From here you can look down over Port Louis and play at identifying the streets and buildings of the capital. To reach the summit of the Pouce, you take a turn to the right as the path that goes straight on leads down to Port Louis. 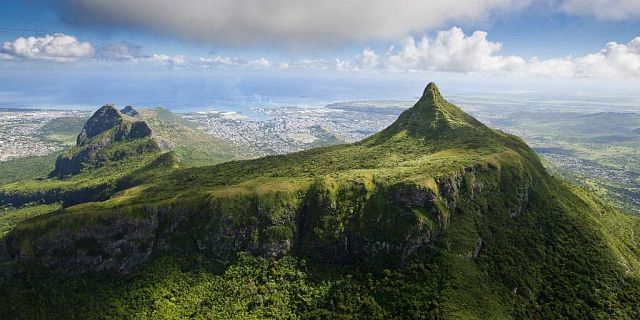 After making your way through a patch of thicker vegetation you emerge in a sort of meadow which is a perfect place to picnic or simply to lie back and admire the majestic Pieter Both mountain with the huge “head” that crowns its peak. In fine weather the landscape is quite fascinating. The summit is close now and the last twenty metres are very steep with a drop on both sides – to be avoided by vertigo-sufferers! The summit itself is a very cramped space but the 360-degree view over the whole island makes it well worth a visit. Port Louis is at your feet and the islands of the north – the Coin de Mire. Flat Island, Round Island and Serpent Island – lie like spots of confetti on the water.

The “Corps de Garde Mountain” standing seven hundred and twenty metres high near the village of Bambous is another interesting place to climb, overlooking the towns of “Quatre Bornes” and “Rose Hill”.  The gradient is gradual and you soon have some fine views looking towards “La Ferme” reservoir below and the ocean beyond. In places the path Zigzags close to the edge, providing little thrills for waters with a fear of heights! But as you go towards the summit you plunge into thick, humid vegetation. The view is magnificent with numerous places that you can easily recognize such as Le Morne and Le Piton on the one side and Trou aux Cerfs on the other.

Le Morne Brabant, listed as a UNESCO  world heritage site since the year 2006 with links to local culture is a Must Visit places in Mauritius. You will be accompanied by the guide, Yan de Marroussem, a pioneer in the development of trekking and cross-country races on the island. Partly private property, the mountain is not freely accessible.

The climb gets off to an easy start for about five hundred metres on a wide pathway through the undergrowth before you reach a first plateau with an interesting view over the vibrant blue of the lagoon with its tiny islets on the one s*de and the range of hills stretching from the Tourelle to Chamarel on the other You cross an area with low bushes growing here and there and reach a rock-face which looks rather challenging From a tiny plateau just big enough to hold one or two people you pull yourself up this dizzy-making wall of rock on a rope to the place known as “La Croix”. Here on the summit the views are incomparable, whichever way you look. 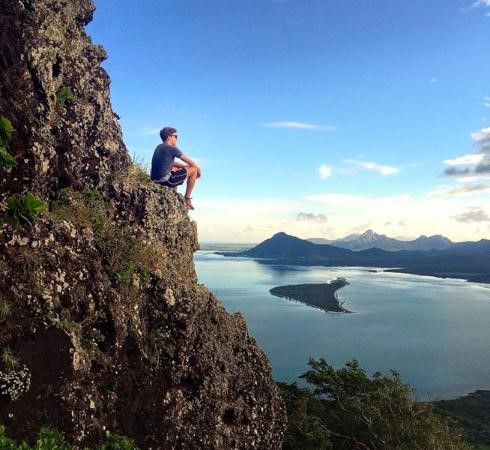 In certain hidden places on this island of volcanic origin, some interesting remains of lava flows are to be found. Quite amazing “frozen” landscapes exist in such places as Bras d’Eau in the east and Le Souffleur in the south. In the national park close to Roches Noires the path takes you underground from the thickly growing forest into lava tunnels. You also follow an old railway line and stop to look at what was once a sugar factory. Patrick Haberland offers this unusual outing for people who want to play at being explorers for a few hours. In the south, starting at the beach of Le Bouchon, you follow the wild coastline with its furiously breaking waves until, full of wonder at such unspoiled beauty, and you comes a lava flow reaching out towards the sea. An arch forms a bridge above the water. 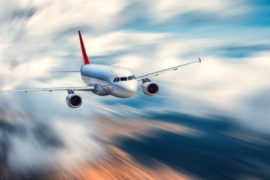 How to get through a long-haul flight? 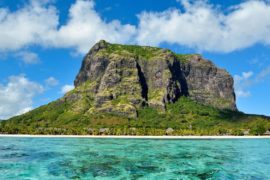 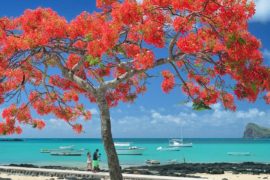 Why you should visit Mauritius in 2019?