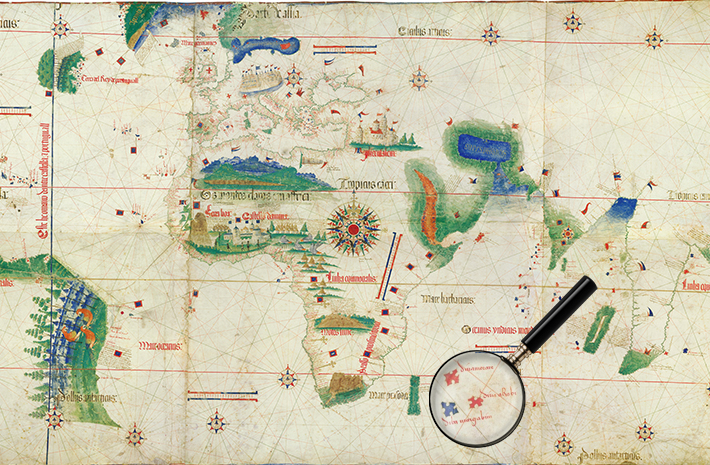 Celestial shorelines, abundant fauna and flora, tropical climate, colorful cultural festivals, we welcome you to the south-west of the Indian Ocean, let’s discover the Mascarene archipelago. The Mascarene Islands are located several hundred kilometers east of Madagascar. The archipelago was named after Pedro Macarenas, Portuguese explorer and navigator who discovered Mauritius in 1510. Here are the 3 main islands of the Mascarene archipelago:

With a total area of 2,512 Km², Reunion Island is the largest landmass of the archipelago. This French overseas department is a living tropical island. You will be dazed by the natural beauty of the island with its many peaks, ramparts, volcanoes and calderas. More than half of Reunion Island’s territory is listed as World Heritage Site by UNESCO since the year 2010. 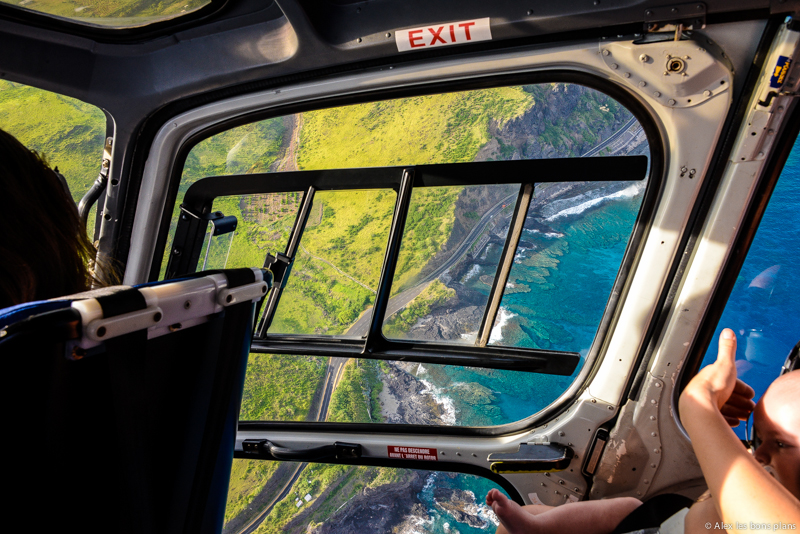 The active volcano Le Piton de la Fournaise rising at 2621 meters is the perfect example of an island with rugged landscapes. With more than a hundred documented eruptions, Piton de la Fournaise is one of the most vigorous volcanoes in the world. In the same preserved area, we find the 3 huge calderas of the island, Salazie, Cilaos and Mafate and their hiking trails crossing a rich nature. Not far we can see the highest point of the Mascarene archipelago; the Piton des Neiges and its 3,070 meters rising in the sky.

History of the Island

The Arabs were the first to set foot on Reunion island, named it Dina Morgabin, which means the Western Island. Later, in 1513, the Portuguese arrived on the island and found it uninhabited. They called it “Santa Apolonia” at the same time the 3 islands were known as Ilhas Mascarenhas. In 1638, the island was occupied by France, but was not claimed until 1642, and was recognized as Bourbon Island by the royal dynasty. The island became overseas department in 1946 and island was named as Reunion Island in 1973.

With its many natural tourist attractions, Reunion Island is an extraordinary holiday destination. You can enjoy the beaches to the west and south of the island and many tourist facilities such as hotels in Saint Gilles Les Bains. Whether it is inland or on the coast, many tourism services are available for visitors. So-called “Office de Tourisme” are regional information centers where you will find useful information about attractions, activities and accommodation. If you are on a budget or need to avoid hotel charges, you can also choose to rent a villa in Réunion Island. 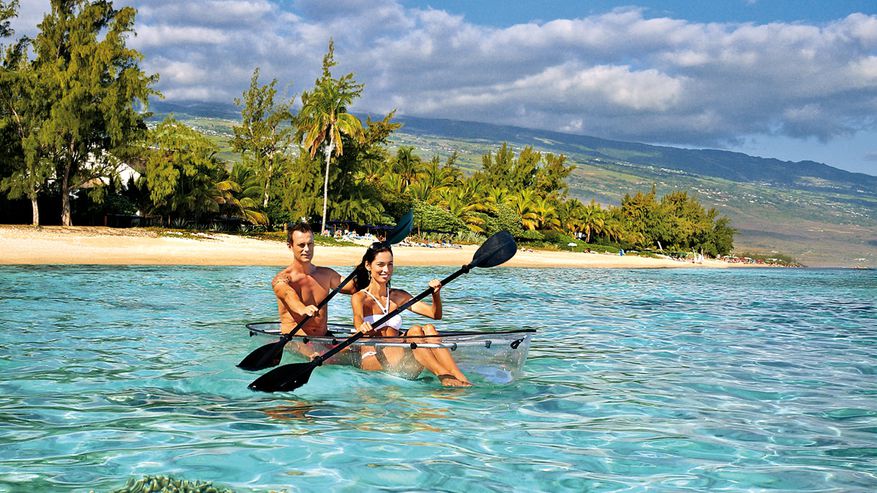 But for many travelers, the beauty of Reunion lies in the interior of the island, between dense vegetation. The large waterfalls, chasms and valleys offer a range of colors and activities rich in emotions for all ages and levels.

Reunion Island is home to many rare and endemic birds such as Papangue, Tuit-Tuit, Tec-Tec, Bourbon Black Petrel, Bird Virgin, or Zoizo Glasses. The largest indigenous terrestrial animal that inhabits it is the panther chameleon.

Much of the west coast of the island is surrounded by a coral reef that has a remarkable biodiversity. It is also advised to take the necessary precautions while venturing in its waters, several shark attacks were recorded in the last few years. Swimming is supervised on the beaches where a blue flag floats. Here are the beaches where swimming is secured and supervised:

Mauritius is the closest land to Reunion Island, and the second largest island in the archipelago. The island is known for being a luxury tourist destination ideally located near the Tropic of Capricorn. The main asset of Mauritius is its purely tropical climate which offers an average temperature of 28 °C all over the year. 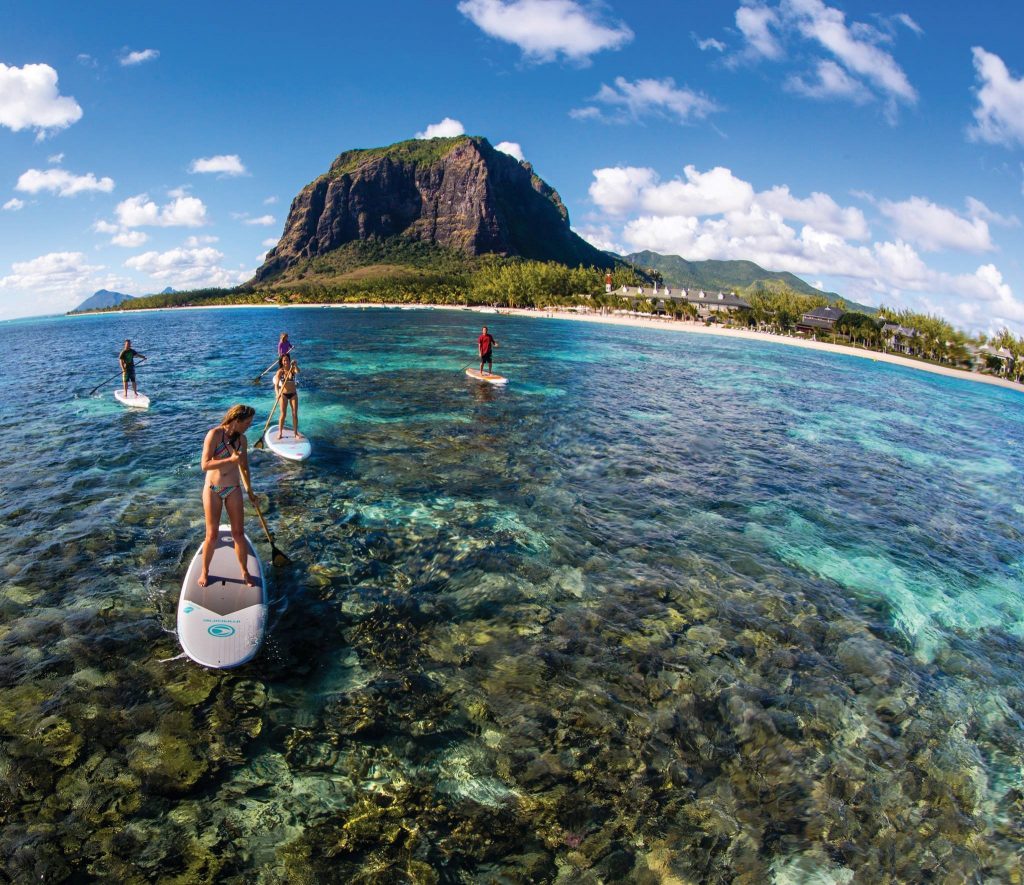 Although Mauritius is only 65 kilometers by 48 kilometers, it is full of attractions and places to visit, some authors have named the island full of wonders. With a total of 330 km of coastline and a barrier reef that goes almost entirely around the island, it is always possible to swim and sunbathe on the heavenly beaches.

The island has coral reefs rich in biodiversity, mountains, lakes like the famous Grand Bassin sacred lake located 600 meters above sea level – tea plantations and gigantic sugarcane fields. But these are not the only attractions of this island, where people of Creole, Muslim, Hindu, and Asian origin live in perfect harmony: Port Louis, the capital, is still very lively, and its central market gives the city a pleasant and cosmopolitan atmosphere. 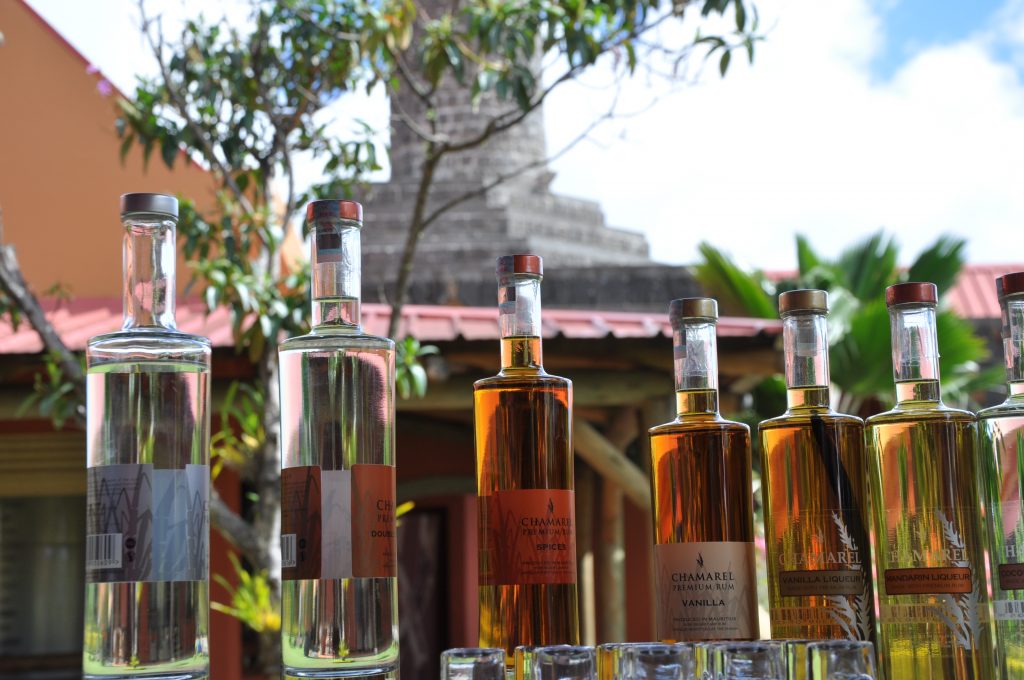 Just take a walk in Port Louis, the capital to discover the many facets of the country. An island with a difficult past but which today has one of the most prosperous economies in Africa. At every street corner in Port Louis, you’ll find something to do with markets, museums, architecture and other religious monuments. If you visit the city on a weekend (which we recommend), you will have the chance to discover the famous horse track of the capital, the Champ de Mars, one of the oldest in the world.

For plant lovers, head north to discover the SSR Botanical Garden in the village of Pamplemousses. A romantic place to walk under the giant palm trees and other endemic plants of the country. Stop at the famous Château de Labourdonnais to sample the local traditional rum and discover the gastronomic pleasures of the island at La Table du Château.

Rodrigues is the smallest island in the Mascarene Archipelago. With an area of ​​108 km² and a population of 41,669 inhabitants, the island is literally in a wild state. Rodrigues Island is located 560 kilometers from Mauritius and its main feature is its isolation and simplistic way of life.

Its relief is less mountainous than that of Mauritius and has beautiful beaches and protected bays. This is the ideal place for those seeking total privacy in the tropics, as the island is far from being touristy, although there are some small hotels. Like the other islands of the archipelago, Rodrigues Island enjoys a mild climate that lasts all year. 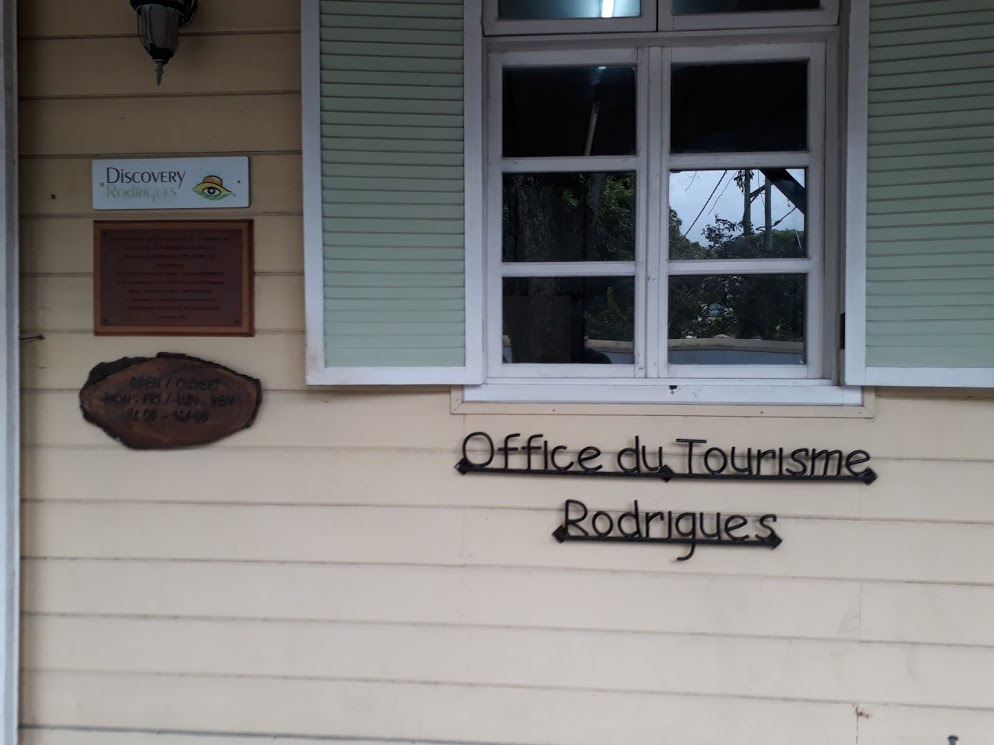 Rodrigues is surrounded by a coral reef that also contains the smaller islands like “île aux cocos”. The highest elevation of Rodrigues is Mount Limon which rises to 396 meters. The island has some sandy beaches, the lagoon is shallow and abundant in corals and fish, and a lot of places to enjoy its warm waters. The western part of the island is the most arid, while the interior of the land abounds with dense vegetation, primary forests and several waterfalls. If you want a quiet holiday destination to rest, the small island Rodrigues is a destination to scrutinize.