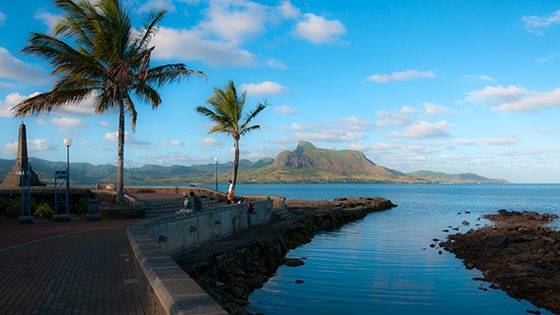 In the South-West of the island of Mauritius, you will come across an old colonial capital of Mauritius, Mahebourg. Located on the shores of the country’s biggest lagoon, it is the town that is closest to the island’s only airport. Unique due to its amalgam of colonial and Creole architecture, Mahebourg is a quiet coastal village that is animated solely on market day or for festivals. Founded in 1805, the town was named after the famous French governor Mahé de Labourdonnais. There is something relentlessly charming about this village. It’s all about simple pleasures: a fascinating museum, a vibrant market, delicious street food, affordable accommodation and beautiful beaches along its coastline.

Monday is market day in Mahebourg. Every week this traditional, vibrant and fragranced market overflows with spices, tropical fruit and vegetables, clothes and hand crafts of all kinds, breathing life into the heart of the town. Compared to other Mauritius’ markets, Mahebourg market remains the least touristic, offering great bargains on items such as spices, clothes and souvenirs. The town is not home to tourist complexes like in the North of the Island. The Waterfront Shopping Centre is the only modern aspect of Mahebourg which remains one of the most authentic and traditional towns in Mauritius. 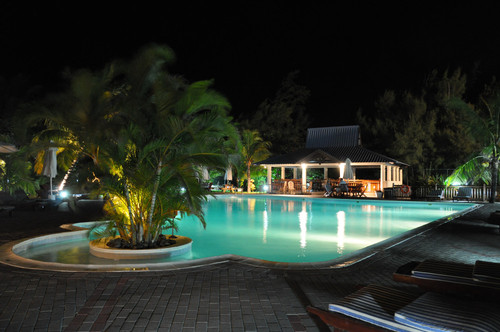 The charming village of Mahebourg is also home to numerous guesthouses, hotels and villas you will receive a warm welcome and a place to stay with a peaceful and unparalleled atmosphere. Given its proximity to the airport, this little Mauritian town is often the first port of call for visitors to the island who are keen to meet the locals. It is the great opportunity to gather information on the best things to see and do on the rest of their holiday in Mauritius.

During your visit of this village full of history, there are certain places you should not miss to visit. A porcelain collection, ancient maps and bells from wrecked sailing ships waits for you at the Mahebourg Naval Museum. A little further down the road, on an entirely different theme, is the Biscuiterie Rault, the oldest biscuit factory in Mauritius, where you will learn about how the famous biscuits Manioc are made from cassava flour. Here are some of the sights you should visit during your visit of Mahebourg:

At Vieux Grand Port, the oldest settlement in Mauritius, visitors can observe the ruins of the first Dutch fortifications. If you are interested in Mauritius’ history, you will enjoy the on-site Frederik Hendrik Museum, which retraces the occupation of Mauritius using visuals and excavated objects.

Though the main reason most people visit La Nef is to learn about the Mauritian-Irish poet Robert Edward Hart, the building where the museum is housed in is visually enthralling in its own way since most of it is covered in shells and coral. This, together with Hart’s fine writings and the fact that the museum is free to visit, makes it well worth a diversion.

In 1870 the Rault family started producing manioc biscuits at their little biscuit factory on the northern borders of Mahebourg. It has hardly changed since. The crunchy, square biscuits are made entirely by hand using a secret recipe passed down from generation to generation and baked on hotplates over stoves fuelled with dried sugar-cane leaves. A tour of the factory is offered on the spot where after the end of the visit you have the chance to sample the end result – with a nice cup of tea, of course. Packets of the biscuits (Butter flavor remains the best) are on sale for Rs 65.

The museum contains some fascinating artifacts, including early maps of the island and paintings of Mauritius’ original fauna including, of course, the dodo; there are also a few bones of the dodo in a glass case, along with those of other disappeared species such as the red rail and Rodrigues solitaire. You will also find on display the bell and a cache of Spanish coins from the wreck of the St Géran.

The tower of Notre Dame des Anges church dominates the Mahebourg skyline. The original church was built in 1849, but it has been restored several times over the years. Have a look of the inside and at the baronial roof timbers. Local people visit throughout the day to make offerings to Père Laval, whose statue stands to your right immediately inside the door. Don’t miss the beware of children signpost at the entrance.

The Blue Bay marine park, situated on the South East coast of Mauritius near Mahebourg, is one of the best places to see the beautiful marine life and to go for snorkeling in Mauritius. The total area of the Marine Park is 353 hectares.

Once you reach the bay of Blue Bay Marine Park, you will feast your eyes on some of the bluest waters and most breathtaking white sandy beaches you will ever see. When you see the turquoise blue color of the lagoon you will understand where the name comes from. The colors of the sea are incredible and are of variety of many different blues. You can explore the sea bed with a snorkel and mask or by booking an excursion on a glass-bottomed boat which will let you discover the beautiful coral specimens through the turquoise waters of the bay, without getting wet !

Mahebourg is impeccable for strolls along the coast where you can admire the views of île de la Passe, île Vacoas, île au Phare as well as île aux Fouquets and île Mouchoir Rouge. It is possible to visit some of these islands, the île de la Passe is of particular interest as it harbours historic treasures from the battle of Grand Port.

Ile de la Passe is a small but very historic island off the south-east coast of Mauritius. The French and British inhabitants of Mauritius built defenses on Ile de la Passe, and ruins of these defenses dating back two and a half centuries are still intact.

Imagine yourself 400 years ago, landing on Mauritius’ shores for the very first time. Forests unfold endlessly in front of you. Pigeons, parrots and fruit bats fly past in massive numbers. Even though precious little remains of the island’s original flora and fauna, there is one place you can get to see some of the most endangered species in all their glory: on Île aux Aigrettes.

Here, visitors will find the last remnants of the dry, ebony forest that once grew in abundance across the main island. They will also see some of the work the Mauritian Wildlife Foundation has been undertaking to replant and reintroduce endangered vegetation, birds and reptiles, including rare orchids and the famous pink pigeon.

Have a nice stroll in Mahebourgh!