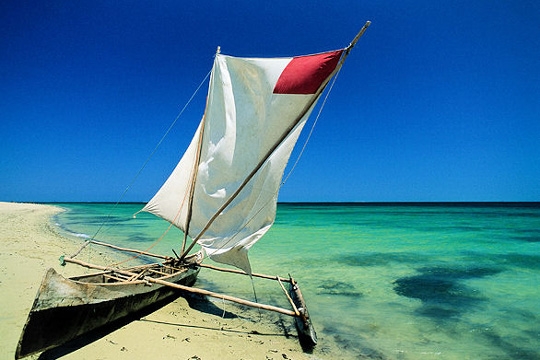 Antsirabe is also known as the capital of rickshaws. It is  to discover why just by doing a little promenade through its streets! The quiet little village found in highlands is marked by a very nice colonial architecture. The city is exposed to a temperate climate, showing mild temperatures in summer and very low in winter (-10 ° C).

The population of Antsirabe has the typical ethnic culture of the Malagasy highlands. The population is very warm welcoming. The Malagasy of this region will not hesitate to share with their everyday life.

In addition, the climate of the area allows the cultivation of rice, which is organized according to the method of rice terraces, thus forming blue stairs spreading over the slopes of green hills!

Near Antsirabe, you will find Lake Andraikiba (accessible by bus from the city center), perfect for walks and meetings with farmers of zebu cattle. Don’t forget to take a ride to Ambatolampy where you will find craft foundries, as well as many small traditional shops.

From Antsirabe, you can easily get to Ranomafana.

Hiking down from the Highlands to the west, you will arrive in the Betsileo region. Important first step on your road to the valley where Ranomafana is, Ambositra and the workshops of Zafimaniri! Take some time to visit the workshops and why not get yourself some souvenirs of your visit? 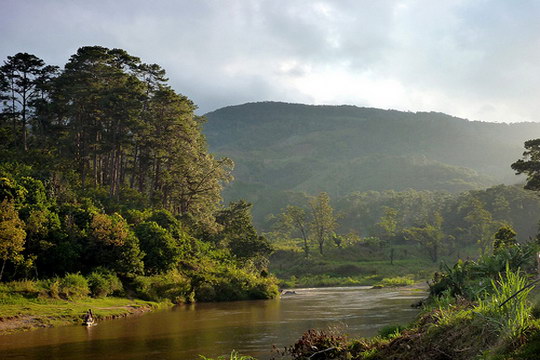 Continuing your journey south, you will eventually come across Ranomafana. Having left the central highlands, you’ll discover lush primary forests in this area.

Your walks in the protected park of Ranomafana will make you travel around an amazing tropical jungle that covering the hills, revealing here and there waterfalls and endemic wildlife.

You will also find typical villages and various plantations. Picnics is allowed inside the park.

Your way south you will then lead you to Fianarantsoa. A village perched on hillsides and consisting of sometimes very steep streets! This is a fairly large city where you will find many typical restaurants and bars!

Tulear is a city of the arid south of Madagascar. You should expect a consequent rise in temperature in this region!

The climate of the area is too hostile to allow satisfactory cultures, so that the residents of Tulear are in the majority of cases the descendants of an ethnic group of fishermen and sailors: The Vezos.

Proud and hardened by relatively difficult living conditions, they are no less welcoming to tourists who will know how to approach them.

Tulear is rather extensive and presents some beaches with mild stormy currents. Many restaurants offer dishes often based on fish and seafood.

Tulear finally provides a shellfish market which is its main characteristic.

Although it is still very open to tourists on many aspects, Tulear suffers from sex tourism. It goes without saying that this practice is extremely bad for the local population, which tends to put all Vazaha(foreign) in one basket.

Ifaty is a small fishing village in the south-western coast of Madagascar, north of Tulear. This is a very welcoming town, enjoying a warm climate, heavenly beaches, and typical restaurants!

You will in Ifaty find many dive sites not to be missed. And if you really do not want to sunbathe the whole day on its fine sandy beaches, then go for a ride in the area!

The many small restaurants along the sea will give you the opportunity to relax between your walks, and enjoy local specialties of fish and seafood!

The Reniala Private Reserve near the village will also offer you good opportunities for walks in the midst of an unusual vegetation! The best time to tour the park is early in the morning: it is at this point that you will have more chance of seeing the representatives of the Malagasy fauna, such as the Madagascan Mannikin, one of the smallest birds of the island.

At a few kilometers of Ifaty is found Manguily, another village fishermen similar in size and decor, and where you will find a protected baobab forest.

Off the east coast of Madagascar is Nosy Boraha, also known island of Sainte-Marie. According to legend, this peaceful island was once the cue of dangerous pirates that were rampant in the Indian Ocean. About Sixty kilometers Long, Sainte-Marie is subject to a tropical climate. It is usually very hot in the dry season and there is abundant rainfall in the rainy season.

The island has retained much of its authenticity. Consisting mainly of deserted beaches and fishing villages, Ste Marie is only slightly affected by mass tourism. Malagasy themselves, especially those who live in big cities like Antananarivo, are particularly fond Sainte-Marie for its calm and beauty of its landscapes!

You will have the opportunity to enjoy many activities on the island. Between endless walks in its idyllic landscapes, its white sandy beaches, swimming in the crystal clear water and exploring its numerous dive sites, there is no way you will get bored!

Between July and October, you may be lucky enough to observe the humpback whales of Sainte-Marie: very respected and protected by the inhabitants of the island, the Zagnaharibe (“Great Gods”) chose the Nosy Boraha Bay for breeding and rearing their young!

Off the northern tip of Madagascar is a group of islands called Nosy Be (“Big Island”). This paradise archipelago is a dream destination for an idyllic sailing trip!

From Nosy Be, the capital of the archipelago, your journey will take you first to Nosy Tanikely, a small island known for its hiking trails and snorkeling spots. Then you will probably like to head to Nosy Mamoko, an island with lush vegetation and an amazing waterfall.

In the south of Madagascar is Taolagnaro or more famously known as Fort Dauphin. It is very difficult to Fort dauphin by car due to the almost total lack of paved roads and because of the impracticality of most tracks (especially during the rainy season). However, the city has an airport, which deserves only domestic flights many times a week.

But Fort Dauphin remains a destination of charm! Away from the major tourist destinations and unaffected by the vagaries of seasons, Toalagnaro has a mild climate throughout the year. Its many beaches, hotels, and restaurants that have managed to take their game pins make life very pleasant, and the few bars and nightclubs are sure to enliven the evenings punctuated by the festive nature of the Malagasy!

In the surroundings, you can visit the famous deserted beaches and walk in the villages or in the lush jungle. Enjoy freshly caught grilled lobster on the beach, before heading to the few waterfalls that add to the charm of the Fort Dauphin area!