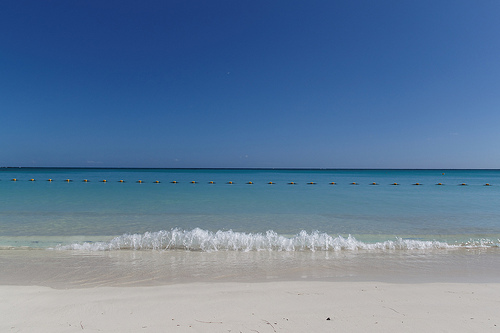 Interesting places and activities in the North of Mauritius

During your holidays in a hotel in Mauritius, you may eventually get bored staying at the hotel and in fact you’d be missing a lot if you did not get out and see how the rest of the island looks like. In this article we present some great things to see and places to go in the North of Mauritius.

The Mauritius aquarium is located in the village of Pointe-aux-Piments. If you wish to see what kind of fishes can be seen in the lagoons of Mauritius without getting wet, this is the place to go. This aquarium is housed in four separate buildings and a large open tank of a capacity of 150000 litres of sea water.  It houses several species of local fish and marine species including morays, scorpion fish, sharks, sea turtles, crown squirrelfish, lobsters, crabs, clownfish, etc. It is open from 9:30am to 5:00pm from Monday to Saturday and from 10:00am to 4:00pm on Sundays and public holidays.

If you wish to get a glimpse of what colonial life was like in Mauritius then the Château Labourdonnais is the place to go during your holidays. This property, an old sugar plantation,  is set around a big 150 year old colonial house named the Château Labourdonnais, which has been now converted to a touristic attraction. Not only will you be able to see the restored mansion in all its glory and learn everything about its restoration, but you will also be able to try some delicious local cuisine at the restaurant and discover an orchard where not only endemic trees can be seen, but also several varieties of mango trees, spice trees and exotic fruit trees which are nowadays rarely seen in Mauritius. The Château Labourdonnais also produces a variety of fruit jellies, fruit juices, jams, ice creams and sorbets. All those products can be tasted and bought at the nearby tasting bar.

At the nearby “Rhumerie des Mascareignes” distillery, visitors will be able to learn everything about the manufacturing of agricultural rum. The two brands of rum which the distillery produces can also be bought at the distillery and boutique of the château.

Horse riding in the North

There are two locations where tourists have the opportunity to go on horse rides in the north of Mauritius: one is the Club Equitation du Nord, which can be found on the old grounds of the Mon Loisir Sugar Estate and the other is Horse Riding Delights which organizes rides across the old Mon Choisy Sugar Estate. The contact number for the Club Equitation du Nord is +230 264 9741 and the contact number for Horse Riding Delights is +230 265 6159.

The town of Grand Baie (or Grand Bay) is located in the district of Rivière du Rempart in the North-West of Mauritius. It is the most active and well-known touristic city of the island, with a myriad of Mauritian hotels, restaurants, bars and night clubs. If you also want to practice water sports and deep sea fishing, it is also a good place to go as you’ll find several tour operators there. It is also a great town to go shopping for clothes, jewelry and souvenirs.

The Sir Seewoosagur botanical Garden was previously known as “Jardin de Mon Plaisir”, “Pamplemousses Botanical Gardens” and “ Royal Botanical Gardens of Pamplemousses”. One of its first owners was François Mahé de Labourdonnais, the famous French governor of the island, then known as île de France. As can be deducted, it is located in the district of Pamplemousses. It is the oldest botanical garden of all the Southern Hemisphere and is best known for its pond of giant water lilies. During your visit there you will be able to see several species of trees from all over the world as well as giant tortoises, deer and other animal species. It is a great place to take pictures as souvenirs of your stay in Mauritius.

The museum known as L’Aventure du Sucre, although rather recent, is a great place to visit in the north of  the island of Mauritius. Also Located in the district of Pamplemousses, L’aventure du Sucre is a museum dedicated to the history of the culture of the sugarcane and the manufacturing of sugar in the island of Mauritius. It is housed in an ancient sugar factory where most of the machines have been preserved. There, you will also find a boutique where you will be able to purchase various products made from local sugarcane, as well as a restaurant serving delicious Mauritian food. It is open all week from 9:00am to 5:00pm.

Discover the beaches of the North

The Northern area of Mauritius has some of the most popular beaches of the island. Some of those beaches are: Le Goulet, Pointe-aux-Piments, Grand-Baie, La Cuvette, Pereybere, Cap Malheureux, Mon Choisy, Trou-aux-Biches and Pointe-aux Roches. They are great places to relax and to coastal Mauritian life and a great change from the secluded lifestyle of the hotels of Mauritius.