Holiday to Mauritius or The Seychelles? 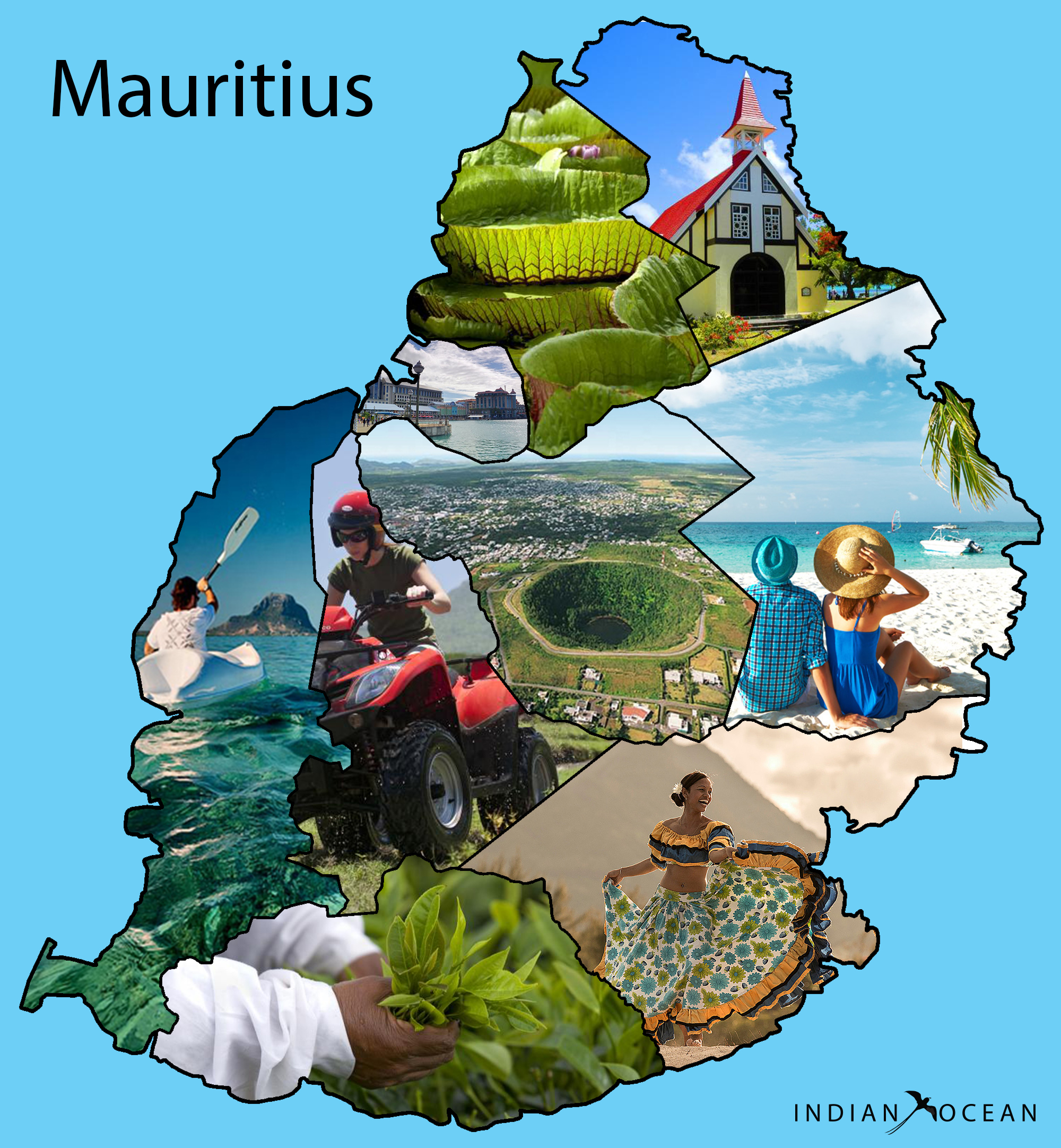 Mauritius also known as the paradise island is a tiny island situated in the Indian Ocean. It is one of the three Islands of the Mascarene. In the paradise island resides a number of tourist attractions that will fill up your schedule in Mauritius. You have the opportunity to visit museum, go on an adventure or even visit cultural places. It all depends on what you would like to fit in. The island is mostly known for its beaches, lagoon and reefs. The best time to visit the island is between May and December where the island is sunny and typically tropical.

Here are a few tourist attractions which you should not miss while in Mauritius: 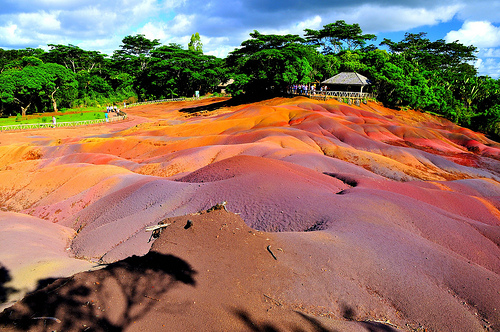 The mesmerising Vallee des Couleurs is home to a variety of flora and fauna, where many activities are proposed. It is a great place to enjoy an adventurous journey among families and friends. Nature lovers are bound to adore this place. Unique in its own way, the Vallee des Couleurs owns mountain valleys, plateaus, hill, waterfalls and lakes. It is a purely natural place where visitors are treated with 23 coloured Earth, a green valley, kid garden and a restaurant.

The visit of Vallee des Couleurs starts at the very beginning itself which is at the Exhibition room and this will give you an outline of how your journey is going to you. Throughout your visit to the fern garden you will spot some wild orchids, Bouquet Banane and many other types of flowers. The bouquet Banane is the most mesmerising flower of all the others but unfortunately it only blooms at the end on the year. Hopefully you get lucky enough and get the golden opportunity to watch the blooming of the Bouquet Banane.

Take the most perfect picture of the unspoiled beauty of the 23 coloured land of the Vallee des Couleurs. The 23 coloured earth was formed by a volcanic eruption of the Bassin Blanc. There are many activities including the Tyrolienne and quads which are proposed by the Vallee des Couleurs. The duration of the total visit to natural reserves is around 3-4 hours. There are many packages that you can choose. Each of them has their own price.

The Citadel also known as the Fort Adelaine is ideally built up on a 100 metres hill which is actually known as ‘’Petite Montagne’’. The monument is named after the wife of William II back in the time where the British were ruling over the capital of Mauritius, Port-Louis. The Citadel was cleverly made to protect the British from enemy in the 19th century. It was designed by Colonel Cunningham and built by Indian and African slaves.

The building, made of giant blocks, is now a National Monument. At the top of The Fort Adelaine includes views of the entire town of Port-louis including the port, Caudan and champ de mars. You have to walk about a hundred stairs to get at the top of the citadel but you may also take a taxi to get at the top of the citadel. The place is always open and you may also go at night as there is light all over the place. However the best time to visit the Fort Adelaine is on Saturday from noon to around 4 to 5 PM. You may watch the horse race at the champ de mars from atop of the hill. The citadel is worth for at least a visit, you will surely enjoy the beautiful scenery of the port- Louis and you may also take some memories. So if you are in Mauritius and wondering where to go, we recommend that you rent a car with Avis Car rental Mauritius or just pay a taxis and it will bring you to the citadel mall. 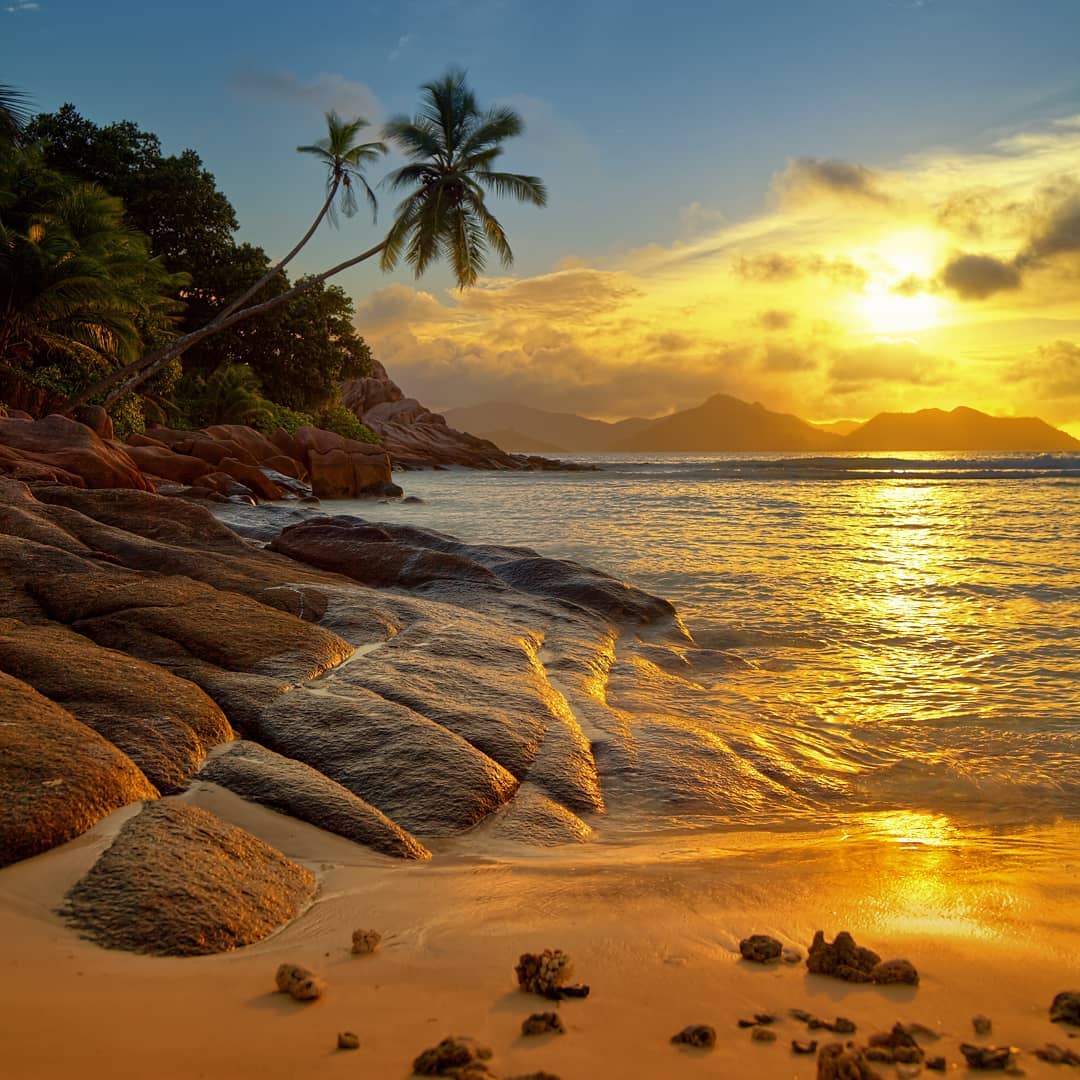 The island of Seychelles is an archipelago which is made up of 115 islands in addition. There are 41 granite islands and 75 of them are coralline islands, all of them unique in their own way. Actually, no one can get bored in the Seychelles as there is always a new thing to discover, whether it is on land or underwater.

The Seychelles is as well a major tourist attraction. Besides its mesmerising beaches, lagoon and coral reefs the island also have wonderful attractions including its lush rain forests, its natural reserves, its museum and most importantly all the activities that the islands offers to all its visitors.

The Botanical Garden is made up of more than 15 acres of exotic and endemic plants and lies in the heart of Victoria which is the capital of Mahé. Being over 100 years old, it is an outstanding attraction in the Indian Ocean deserving a mention in this list. While it was initially introduced as an experiment for the cultivation of several species of plants, it has now become a park where nature lovers would kill for an opportunity to visit this exotic place.

The Vallée de Mai National Park is one unique attraction in the Seychelles which is a UNESCO World Heritage Site. It is home to the largest amount of the endemic plant coco de mer fruit palm (around 4000 samples). The reserve also contains several rare bird species such as the black parrot.

Vallée de Mai was first established in 1966 and later listed as World Heritage by UNESCO in 1983. This tropical forest includes many species of animals and plants that are threatened to extinction and are protected by the Seychelles Islands Foundation (SIF). Nature lovers and photographers would love The Vallée de Mai National Park.