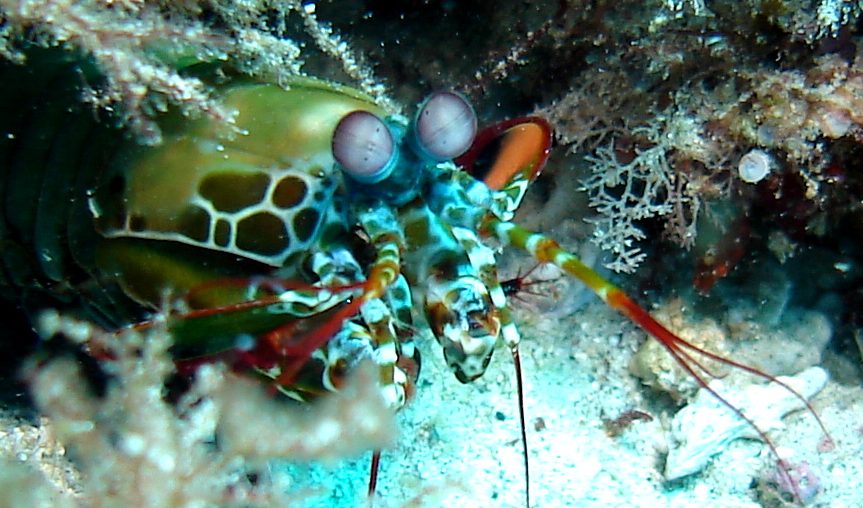 The Mauritius Underwater  Group (MUG), the first official SCUBA diving club of Mauritius came into existence in the month of May 1964 and was affiliated to the “British Sub-Aqua Club” (BSAC). At the time, only a handful of enthusiasts explored the lagoons of Mauritius, but they were limited by the lack of adequate equipment and experience as there were only 2 sets of equipment for six divers. Only when a foreigner came to the island later during that year with an air compressor and better equipment did they explore the ocean around the island more methodically and discovered new diving sites.  At the end of 1964, a bigger air compressor was bought by the MUG together with four diving cylinders and regulators which were rented out to the members of the group. The number of members of the group quickly increased to 30 divers. Excursions were organized to find the best diving sites around Mauritius. As the years passed, the MUG would go on to grow its membership and to date, continues to plan weekend dives.

1990, a diving association is created

26 years later, with the development of touristic activity in Mauritius, the need for an official diving association was felt. Thus, the Mauritius Scuba Diving Association (MSDA) was created thanks to the MUG and twelve diving centers. It is affiliated to the World Confederation of Underwater Activities (CMAS), to UNESCO, to the Olympic International Committee, to the International Union for the Conservation of Nature and to the International World Games Association. The certifications that it issues are recognized worldwide.

Since its creation, the MSDA has been very active nationally and internationally. In 2001 fourteen Mauritian doctors were trained in diving and hyperbaric medicine with the collaboration of the University of Lille in France and the Réunion Island Association for Subaquatic Medicine (ARESUB). Some years before that, the MSDA obtained the Special Prize at the UNESCO International Grand Prix for Marine Environment in Paris for its research on artificial reefs in partnership with the Mauritius Marine Conservation Society. More recently a commission on gas mixtures, as well as state-certified lifesaving courses have been set up. Since 2006, security standards have been reviewed and courses and exams in Nitrox diving instruction were organized.

Nowadays the MSDA consists of 40 diving centres found all around the island of Mauritius, and 3 in Rodrigues. All the centres are affiliated to international bodies and provide courses and diplomas which are recognised all over the planet. The two most recognized certifications are the Professional Association of Diving Instructors and the CMAS (Confédération Mondiale des Activités Subaquatiques). The Diving Centres affiliated to the MSDA offer a mandatory certificate which also doubles as Insurance. It only costs Rs 100.

A decompression chamber is located at Victoria Hospital in Candos near Quatre-Bornes. It is operated by very competent doctors. In case of accident or if there is any doubt about your  health after a dive, notify the club with which you were diving or directly call the Emergency Services on the 114.

When the diving centre is a reputable one and the diving instructors and their assistants have all the necessary diplomas, some basic safety precautions must be respected.  The boat must be equipped with drinking water, aspirin or an equivalent, a first aid kit, an oxygenation kit as well as a radio or a cell phone.  There must be enough instructors for everyone, generally one instructor for every six to eight persons and one for one in case of a first dive.  Before setting off, it would be better if you got a medical certificate from your doctor. Nobody should dive if they suffer from asthma, heart problems and problems related to the eardrums.  If you do not have enough experience, do not dive at any depth. Also avoid diving if you feel sick or have not eaten. Finally remember to take at least 4 hours to allow your blood and body to de-saturate before going to high places and from 12 to 24 hours before getting on an airplane after diving.

You must also remember that SCUBA diving is not the only way to enjoy the underwater treasures of the lagoons around the island of Mauritius: any good swimmer could grab a pair of fins, swimming goggles and a snorkel and explore the depths in less than 5 minutes from the beach of most hotels in Mauritius. There are also agencies in the north of the island which offer underwater scooter trips, undersea walks using diving bells and even submarine trips.