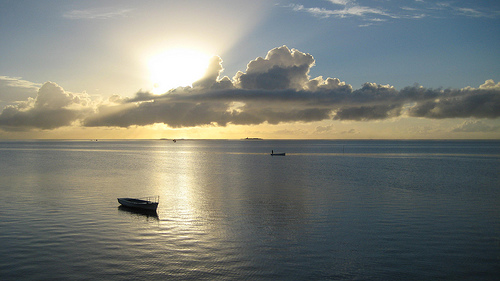 Exploring the south of the Island of Mauritius

Although relatively undeveloped compared to the other regions of the island like the districts of Port-Louis or Plaines-Wilhems or even Black-River, the Southern part of the island of Mauritius is perhaps one of the most interesting for tourists visiting Mauritius. The South will be ideal for tourists looking for great relaxing trips across the green landscapes and for those who want to see the wilder side of Mauritius.  Two districts that are in the south of the island are the districts of Savanne and Grand-Port. The district of Savanne is of an area of 244.8 square kilometres and its population is of more than 70 575 inhabitants whereas the district of Grand Port is of a surface area of 260.3 square kilometres and it has a population of more than 116 211 inhabitants. Let us see what are the interesting places that tourists can visit in the south during their holidays in Mauritius.

La Vanille Réserve des Mascareignes is a nature park where crocodiles are bred primarily for their skin. But aside from the crocodiles there are other attractions as well, like the insectariums, a fossil museum, the aquarium, tortoises, monkeys, iguanas, bats, deer, geckos, etc.  Nearby, you will also find a children’s area and a restaurant serving crocodile meat. At the Crocod’Ile shop, you will be able to purchase goods made from crocodile leather.

The Robert Edward Hart Memorial Museum can be found near the village of Souillac. It was once the old bungalow of Robert Edward Hart, a famed Mauritian Poet and writer. The objects that are displayed in the museum were all the personal belongings of the poet. The house, called La Nef, was constructed in oral and was donated to the author by his friends after he lost his house in a cyclone.

The Fort Frederik Hendrik Museum can be found in Vieux Grand-Port. It is said to be the ruins of the very first Dutch fort in Mauritius. Nearby you will find a small museum containing the archaeological artifacts that were discovered there.

There a quite a few beautiful beaches in the districts of Grand-Port and Savanne  including the beach of La Prairie, Bel Ombre, Saint Félix, Riambel, Gris-Gris, Blue Bay,  la Cambuse, and Pointe d’Esny.

Tucked in between the villages of Le Morne and Baie du Cap, you will find La Prairie Beach. Most of it is protected by coral reefs except a few areas closer to Maconde where the seabed drops to a depth of 2 kilometers below sea level. This spot is popular with surfers, kite surfers and windsurfers but people should be advised that sharks are often present in the area as well. For people and families wishing to just enjoy a picnic on the beach or take a dip in the shallower parts of the lagoon in the western part of the beach there should be no problem, however.

Bel Ombre beach is also known as Saint Martin beach. It is one of the 10 longest beaches of the island of Mauritius, measuring about 6 kilometers. Although most of it is sealed off by the Telfair hotel grounds, it is still possible to access the beach by going through the parking near the Bel-Ombre police station and continuing through the little forest. At the end of your little trek you will be rewarded by the crystal clear waters of the lagoon and a splendid beach.

Saint-Félix Beach can be found between Rivière des Galets and Riambel. It is also known as Chemin Grenier Beach. The long, sandy beach stretches for about 1.5 kilometers and is a popular spot for families with children.

The beach of Riambel is located in the village of Riambel. The waters there are a bit agitated though and it is not recommended to swim there, due to the strong currents. For long walks along the seashore however, it is perfect and provides for a very relaxing experience.

Gris-Gris is the most southerly point of the island of Mauritius. Although there is a small beach in the area, people should be warned that bathing there can be fatal, as the beach is not protected by coral reefs and because of the strong currents present in the area. It is still worth a visit though, if only to see giant waves crash into the nearby cliffs at La Roche Qui Pleure.

Blue Bay beach is one of the best places to appreciate the lagoons of Mauritius. It borders the Marine Park and tourists can charter tours on a glass bottom boat to see the coral reefs and marine life. Of course, it is a popular spot for snorkeling and SCUBA diving as well.

La Cambuse Beach can be reached by heading towards the Shandrani Resort and Spa. Near its taxi stand you will find a rocky path which will lead to the beach. This beach is mostly desert most of the year, as it is not very well-known. People making the effort to get there will not be disappointed, however.

Pointe D’Esny beach is one of the best-guarded secrets of Mahébourg. It will take some effort to find it from the main road as it is hidden by several luxury villas. Although lacking public facilities, this beach is one of the most beautiful of the area, with almost a kilometer of white sand and crystal-clear waters.

Golf lovers will find a beautiful playground where they can practice at the Heritage Golf Club, also known as the Golf du Château, in Bel Ombre.  It is a magnificent 18-hole golf course which was designed by Peter Matkovich in 2004 and is part of the Domaine de Bel Ombre.

Ile aux Aigrettes is a small island off the coast of Grand-Port. It has been made into a nature reserve as it is the last refuge of the endemic trees which once grew on the shores of Mauritius, and of some very rare animals.

Mahébourg is a small town of the Grand Port District which was once the capital of all the island of Mauritius. This city, named after the French governor Bertrand Francois Mahé de Labourdonnais was originally built by Dutch settlers but only saw real development when the French took over the island. Nowadays it is a rather quiet city, as the capital of the island is now Port-Louis. It is a good place to see what old Mauritius used to look like under French rule as the buildings are rather ancient.

Among the places to visit in that region is the Mahébourg National History Museum and Biscuiterie Rault. The Mahébourg National History Museum is located in an ancient French colonial country house dating from 1772. It showcases a collection of objects pertaining to the island’s history such as paintings, old documents, maps, sculptures, various artifacts recovered from old shipwrecks, etc. It was once a hospital which treated the wounded of the Battle of Vieux Grand-Port including the captains of both the English and French fleets who were given medical treatment side by side.

Also located in Mahébourg, the Biscuiterie Rault is a biscuit factory which manufactures the famous cassava biscuits that are loved by all Mauritians. It is one of the oldest companies of the island, having been founded over 140 years ago. During a tour of the factory, tourists will be able to learn about the traditional manufacturing methods of these little biscuits that are still in use today.

The Vallée de Ferney is a nature reserve managed by the Mauritian Government and CIEL group. Its surface area is of 200 hectares and it shelters more than 100 plant species and numerous animals. Nearby, tourists can find a restaurant, a souvenir shop and a coffee museum. A part of the money spent by tourists at the Vallée de Ferney goes back to the conservation project.