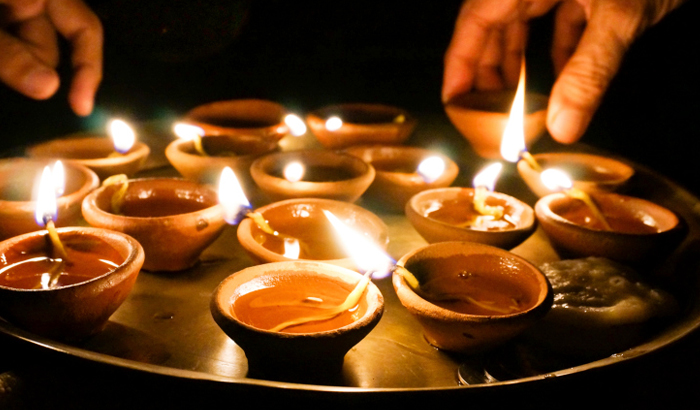 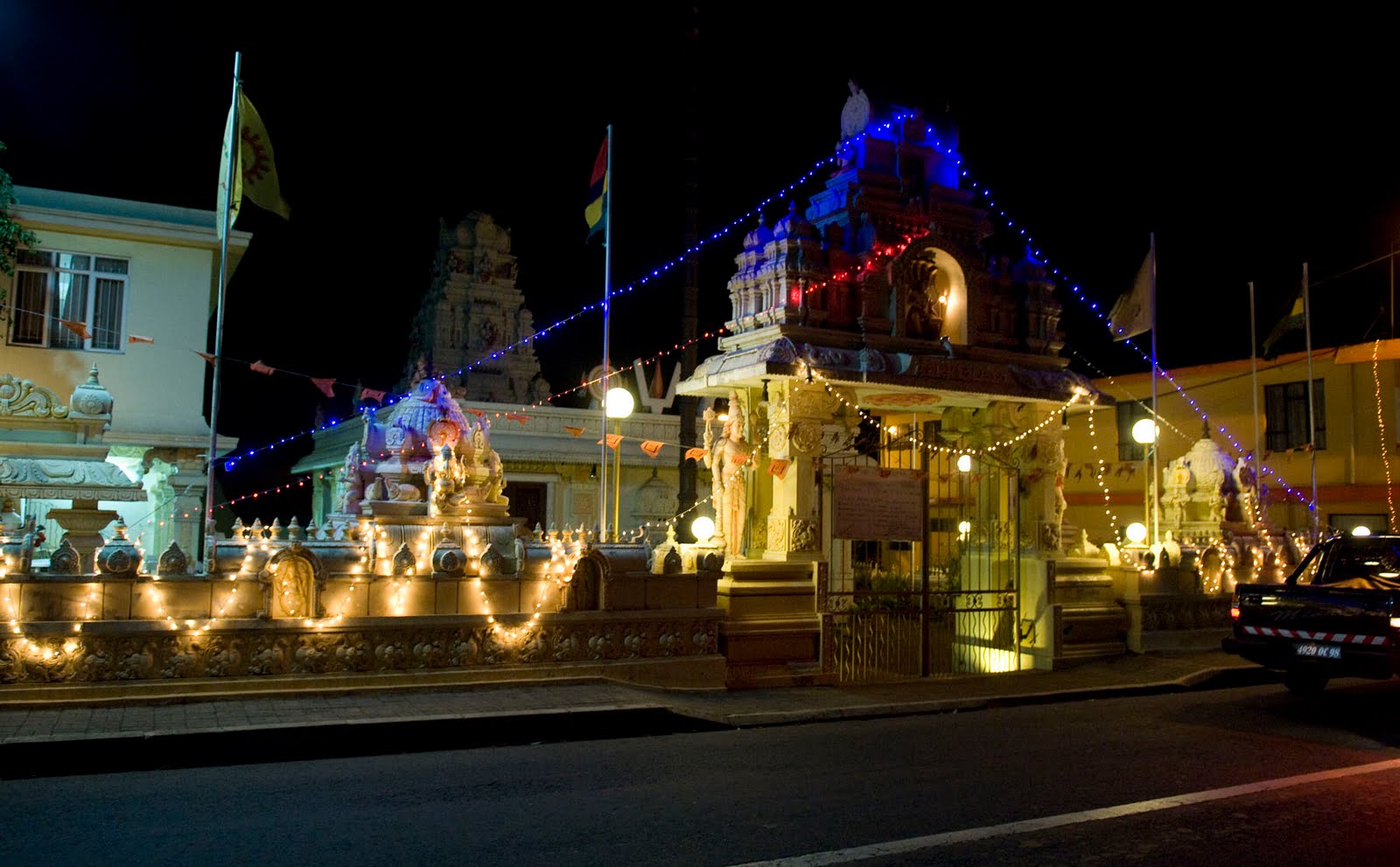 The Festival of Light, Deepavali, victory of light over darkness symbolizing the triumph of good over evil, is celebrated around the world by the Indian community in any Hindu confession. Diwali, Deepavali or Diwali in India.

The rows of lights illuminate their scintillating lights the path to ground as did the inhabitants of Ayodhya and Rama guiding until his return. Many legends associated with the festival of Divali is mostly dedicated to Vishnu and his wife Lakshmi, bringing on earth wealth and prosperity.

Great excitement reigns during the preparation of the festival. Each ensures that the house is perfectly clean, fragrant, decorated with flowers and adorned with thousands of lights.

Divali is a festival and sharing offerings. All confectioning Indian cakes that will be generously offered to all family, neighbors, friends and passers-by. The houses will remain open, people are dressed in saris and fine clothes, ready to welcome the gods or simple visitors.

Those who have already come to Mauritius know that this village is located north of Port Louis on the road of Trou-aux-Biches, the gateway to visit one of the luxury hotels in the north-west coast. Houses are lined up on both sides of the street, as long as a day without bread shops, stalls, snacks, parading before the eyes of tourists eager to return to the hotel or walk. Rare are those who stop here because this village seems uninteresting. The buses run spitting their thick plumes of black smoke, honking cars, bicycles and motorcycles weave backfire. Lots of noise and pollution.

It’s Triolet and this is where I decided to stop. The sun sets and night falls quickly, as in all countries of the tropics. Suddenly the scene changes: we then discover a magical show. True light cascades illuminate homes, villas, restaurants and shops. It is a profusion of twinkling garlands, colors or white light, which adorns the streets. We are in the Divali festival.

This is the festival of light, joy and happiness for all, one of the largest in the Indian tradition. Celebrate Divali, is taking advantage of light against darkness, of knowledge against ignorance, of good against evil. Diwali, or Deepavali, comes from two Hindi words: “deepa” meaning light, and “avali” row. This well describes the wonderful show that we have before us. All these lights are supposed to guide the Luckshmi goddess who comes to bring on earth wealth, opportunity and development of the mind.

The street quickly filled with onlookers and it’s the atmosphere of carnival that installs. Cars struggle to make their way: pedestrians took possession of the street in order to celebrate. From speakers nasal resonate songs and Indian music. We greet with joy and offer round small sweet cakes. We laugh and we wish a “Happy Diwali”. The children are having a field day, with blow of Bengal lights or thunderous firecrackers echoing in our ears. Everyone has fun!

What the tourists do not know is that during the days leading, Hindu families started to work to thoroughly clean their house. They decorated the floor with colored powders that perform sacred grounds: the Rangoli. They prepared delicious meals and packed with great care cakes and sweets they will distribute to family, friends and neighbors, but also to tourists. Divali because the symbolism makes sense in sharing and offering of these cakes, as many gestures made a sign of peace and love. Men are made to custom cut a suit to traditional Hindu fashion and offered a new shimmering sari to their wives. We must mark the occasion!

If we enter a road branching off to the right or left of the main street, the atmosphere changes. First, we discover that Triolet is not that this alignment of houses that can be seen at first. It is also a city made up of small houses with tin roofs and later the country with his cane fields that we just finished cutting. Along the road in darkness, we see from time to time a lighted house. But with less pomp, because they are oil lamps, candles small terracotta that invite us to the party.

A little further, we discover an illuminated temple in the courtyard, men and women sit and sing mantras. Children’s forehead was coated with vermilion powder. An altar is erected and decorated with flowers, fruits and sweets as an offering to the gods.

An old priest at the turbaned Santa beard greets devotees, clasping her hands. I realized at that moment that these people greeting as they greet their gods and goddesses with respect, love and reverence. What a lesson!

By regaining the bustle of the main street, I know an old lady sitting uncomfortably on a tiny bench. She is proud to present me the house of her son, lit with thousands of lights and decorated with care. I learn that she was always interested beliefs and Hindu philosophies.

I also want to ask: what is the origin of the festival of Divali?

“This festival is dedicated to our Luckshmi goddess who is the wife of the god Vishnu when it always accompanies descends on earth and is incarnated in a human to help men to fight against evil.”

She continues talking. Other people joined and respectfully listen to this woman full of knowledge.

“When Rama became the seventh incarnation of Vishnu, his wife took the form of Sita and the history of their earthly life is part of the epic Ramayana. Rama, son of the king of Ayodhya, is the victim of perverse intrigues on the part of his relatives and must leave the palace with his wife Sita. Abandoned and destitute, they wander in the jungle. The Ravena devil takes advantage of their unfortunate situation to kidnap Sita and take her to his kingdom, Ceylon. Rama asks for help from Hanuman, chief of the army of monkeys. Finally, Ravena is killed, his kingdom was conquered and Sita is issued. The couple then returned to Ayodhya where the people, to show his joy to see them, illuminates the whole city with a multitude of lights. Thus, since then, every year the small lamps of Divali commemorate the issuance and return of Sita. “

Clasping her hands, she concluded by singing “Om Shanti Shanti Shanti”. sacred formula that the meeting resumed, invoking peace on her and the world.

It seems suddenly to be elsewhere, on the banks of the Ganges, Varanasi, in communion with all believers scattered around the earth. For me, Divali, is that night as a gateway to Paradise.