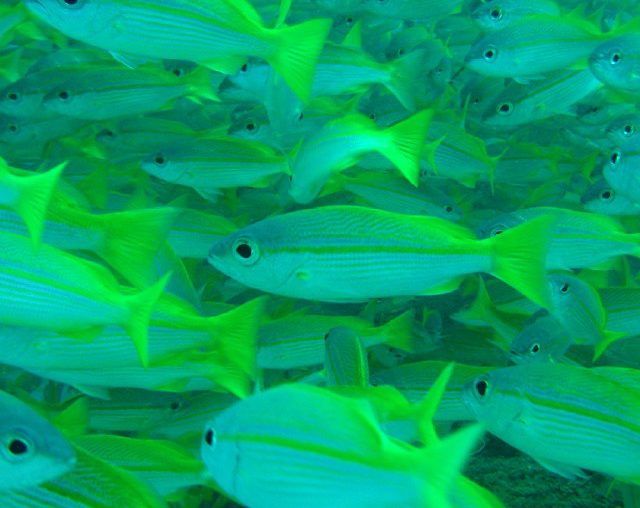 Contrarily to appearances, the Seychelles are not coral islands. Unlike the atolls of External islands that rely on deep sea of ​​the Indian Ocean, the islands of the central group (Mahé, Praslin, La Digue and surrounding islands) are of continental origin. They shared millions of years of history with the African continent. There are 190 million years, by the play of tectonics plate, a massive block broke away from the massive continent Gondwana to drift eastward. Thus were born the Antarctic, Australia and the Seychelles…

Between 95 and 190 million years, the drift of the continental bloc Madagascar-Seychelles-India to south east allowed the opening of the Mozambique Channel. At the beginning of the Cretaceous, there are about 140 million years ago, Madagascar was in a position already very close to the present. During a second phase of oceanic expansion, from 80 million years ago, the original continental block was dismantled by the play of faults and fractures: the position of Madagascar was finally fixed, while India and Seychelles were beginning a bulk drifts northeast. There are 65 million years, when dinosaurs disappeared from the face of the earth, appeared a north-south divide that opened the third phase of evolution. The activity of the secondary backing Carlsberg dissociated the Indian subcontinent who went only drift to the northeast towards the Asian continent (to form the Himalayas) and the Seychelles block then adopted its final position some 47 million years ago. The Seychelles terrain is typical for a morphology of granites in humid tropical climate, with intense weathering of these rivers that produces stones of twisted that dot the steep slopes and dominate ridge lines, and a thick coat of arenas. The white sand beaches are mostly from the destruction of coral formations which later colonized the granitic basement. It is this sand that gives the shallow coves of turquoise and green colors … The “statues” underwater near Marianne island are the result of the slow erosion of granite along fault lines. Think about it when you swim between two old walls of at least 50 million years…

In Seychelles, you will come across almost all species found in the Indian Ocean: barracuda, tuna, dolphins, turtles, stingrays, mantas, sharks, even whale sharks, accustomed to these waters in almost constant temperature. In all, 850 species have been recorded in the archipelago. But probably the most surprising is that in a single dive, you will see most of them! Each dive is like a visit to an aquarium and time will pass without giving you time to remember all the fish you will come along.

Here, the dives are limited to depths of 30 meters and beginners, as confirmed are welcome. For lovers of thrills, sharks that roam around the main islands can be motivating enough. If you want more, you should seek with the hotel or villa you are lodging in to organize a trip that takes you to Aldabra Atoll, a protected site by UNESCO, or around the group of islands with Cosmoledo dives in the current passes. Here are some sites that you must visit:

Up on a background of 17 meters, a sandbar with scattered rocks that hide moray eels, shrimp, nudibranchs and all coral fish shelter in the cracks and under the overhangs: scorpion fishes , diodons, huge school of snappers and add to that glass fish clouds flitting amid the current faults.

15 meters deep, and all the time you need to enjoy! A dive-tank. In 70 minutes of diving, you can photograph and film two turtles, octopus, eagle rays, sweetlips, oriental charts, angelfish and emperors. Not to mention all the other species circling endlessly around you. This is definitely a must dive!

At a depth of 16 meters, this dive spot on a sand bar with granite rocks scattered under which you come across large nurse sharks asleep. Good visibility helps see off some big Humpback parrots. Octopus, shrimp, various shells (porcelain, cones, …) can be seen. Yet, remain very careful when it comes to cones, some are very dangerous.

Roches is a particular site, with large boulders and rocks for observing humpback huge parrots with a beautiful dark blue. These unusual fish are shy and it will be difficult to get close. Tyrian and also pink soft coral, some white tip sharks and octopuses. All of this awaits you in a basin of 16 m deep.

There are two sites named Whale Rock, the former does not exceed 15 meters. An exploration site by excellence: the fish are everywhere, but you have to dig under rocks, in small crevices between faults to flush fish soldiers, squirrel fish, bright red beauclairs, batfishes and other fish- angels and butterfly fish. Sometimes huge humpback parrots pass by to get away immediately. There is a lot to see on this site: oysters, anemones, soft corals, small bright pink sponge …

It is the place for a night dive. With an abundance of wildlife, predators come out of hiding and prey are fleeing in all directions. The opportunity to calmly shoot red parrotfish asleep, stuck vertically, between two rocks. Octopuses seek the light of your headlamp to take to their heels, stars acanthasters graze the coral with a voracious appetite, the boxfish twirl, and shrimp squabble around fish who come to clean. Warning: the urchins can be dangerous. Tiaras urchins, sea urchins, all wave their spines and believe us, if you drag a little too close to a rock (which inevitably happens in night diving), you are assured to keep a persistent souvenir for three days, despite your 3 mm wetsuit!

Have a nice dive in the Seychelles!