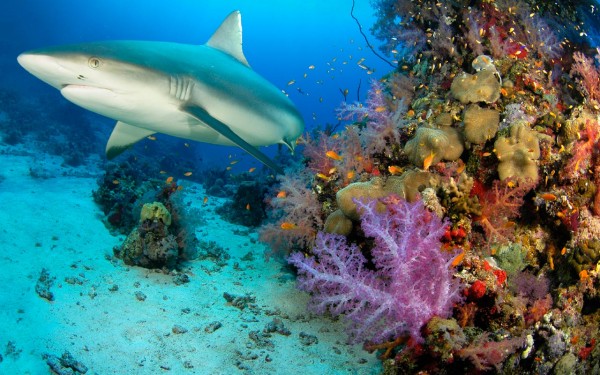 The Seychelles, one of the top 10 diving destinations in the world, offers a true year round diving opportunity with excellent visibility. The Islands surrounded by amazing diving spots, packed with a lively marine environment, offers many opportunities to take perfect photos or record a memorable travel video.

With a unique and diverse marine life, diving or snorkeling the lagoons of Seychelles is definitely a must-do for those lovers of nature. There are numerous natural features of attraction to divers such as the Aldabra Coral Reef which is a perfect spot for divers; it’s the world’s largest raised Coral Atoll and is a UNESCO World heritage site.

Diving can be done either while being in one of the hotels or villas, or you can hire a car and visit the wonderful beaches of the island while enjoying snorkeling during your visit or you can simply hire a yacht and cruise around the island while diving in the lapis-lazuli waters of these breath-taking islands.

When to dive in the Seychelles? 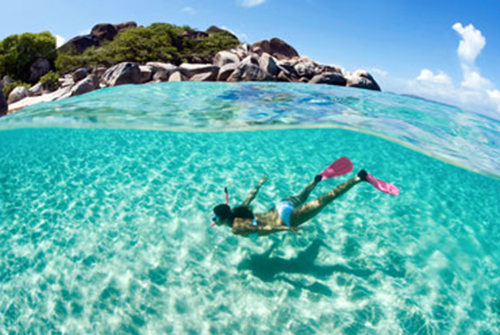 The Seychelles is a perfect location for diving with water temperatures varying between 26°C and 30°C. The best periods for diving is during March to May and October to November. Water visibility is at its best then and during this lapse, visibility of 30M can be achieved most days. Visiting the Seychelles in December – January can be risky since it is the cylonic period in the Indian Ocean. Even though the Seychelles are rarely hit, better be on the safe side.

Where to dive in the Seychelles?

It has been been a nightmare navigating the Seychelles Islands for mariners since vessels traveled here. Many shipwrecks can now be explored by divers since the shallow waters and abundant coral reefs brought down many ships passing through the Seychelles’ waters.

One of the most impressive and popular wreck with divers is the Ennerdale which is about 30M deep. This 47,000 ton tanker sunk 8 miles north-east of Victoria in June, 1970. This wreck now houses a substantial population of groupers.

The “twin barges” were deliberately sunk for diving purposes in 1989. Dives can be between 12-24M in depth to explore this wreck. For those lovers of night diving, this is a must dive site. It has resident Lion Fish to keep divers on guard. The “Dredger wreck” was also deliberately sunk in 1989. This site allows dives of between 18-26M. There is a wealth of marine life here including invertebrates, red snappers and groupers.

Diving locations in the Seychelles 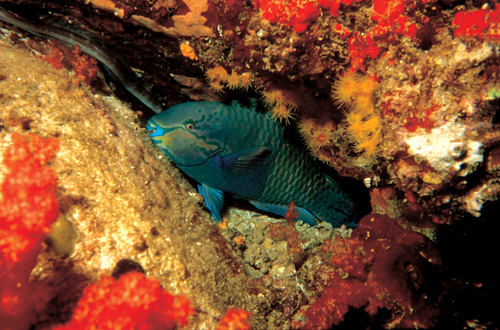 There are numerous diving sites in the Seychelles. These are the very popular sites which can be visited by you, sea lovers.

An easy dive of approximately 6-19 m of depth with excellent hard coral formations; many reef fish and occasional Moray Eels. Hawksbill turtles are commonly seen at this site.

Relatively easy dive of 6-23m deep, with probably the best hard coral formations around Mahe; many reef fish, Moray Eels, good invertebrates, anemones and schools of pelagics such as Jacks and Gill Raker Mackerel can be found.

A shallow dive with a sheltered coral reef within the bay and a huge granite massif descending to the sandy sea bed; Willy’s Rocks lie a hundred metres off the massif. Common reef fish and Moray are found in the bay and there are plentiful invertebrates on the outlying rocks. The bay is named ‘Bay au Chagrin’ which is Creole for Bay of Whale Sharks which are often found congregating here during the Whale Shark Season.

An easy dive onto a reef of large granite boulders stacked together to form areas of archways, swim-throughs and corridors. Garden eels can be seen in the sand on the offshore side of the second massif, Castle Rock and it is one of those sites used for night dives when the coral studded rocks are a blaze of colour.

Another site used for night dives since the vertical rocks are a vivid wall of orange colour from encrusting cup corals with the reef providing the chance of finding many different crustacea including sponge crabs.

This wreck was knowingly sunk by the local divers Association and has become a vibrant home for marine life in deeper water than most sites in this area. Originally a long-line fishing vessel, the wreck sits up-right on the sea-bed and which is a photographer’s favourite.

One of the favourite site for novices, this patchwork reef is one of the closest to the Underwater Centre, Berjaya Hotel. This gently shelving reef has abundant hard coral formations set between sand patches.

This is a large patchwork reef in the middle of Beau Vallon Bay which shelves 12 – 20 m; an area of hard coral with abundant reef fish, it is also visited by deeper water species and has some good invertebrate life with numerous anemones and occasional Mantis Shrimp. 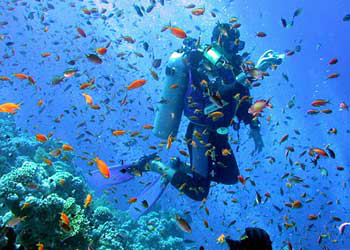 The ‘House reef’ of the Coral Strand Centre comprises of two huge coral bommies flanking on either side by large low-lying patchwork reefs. This is another favourite novice diver site and as the name implies is home to an abundance of reef fish and is the home of two large three banded Seychelles Clown Fish.

Rocks comprising of a single vertical sided granite massif and two adjoining granite and coral reefs makes up this spot. Occasionally swept by current, the vertical sides are covered in soft corals and fan corals and are home to an impressive array of invertebrate life. The adjoining reefs are home to a number of Moray Eels and Lobsters.

Besides Brissare Rocks lies this group of rocks breaking the surface and  always seen as jagged teeth piercing out the foaming waters, forms the dragons teeth! The site  is home to several white Tip Reef Sharks as well as large Brown Morays and also attracts schooling Bump Head Parrotfish, Jack Fish, Stingrays, and Whale Sharks in the right season.

For those experienced divers, Trois banc, being several miles offshore,  is an area made up of three large submerged granite reefs of steeply walled massifs, deep gullies and large boulders which form a maze of swim-throughs and small caves. These in turn host an impressive number of large reef fish and resident schools of Black Snappers. The site suffers occasionally from current but attracts schooling Pelagics, Barracuda, Stingrays, Hawksbill turtles and Reef sharks. Whale Sharks are also present in the right season

Marine life of the Seychelles

There are masses of marine life which live in the Seychelles. Here is a list of those beautiful creatures you might encounter while diving: