Madagascar is the largest island in the Indian Ocean. The fact that it is situated in a secluded location, it is often alienated from being considered as tourist destination. However, this is the best reason to go to Madagascar because it disconnects you all the other pompous showoffs. Madagascar preserves its rich cultural heritage and ecological diversity that are so seldom explored. Surrounded by beautiful beaches, fringed with welcoming people, preserving fascinating landscapes and traditions and mouthwatering cuisine, Madagascar is surely a place to visit.

There are so many places that you look forward to while in the island. Check them out yourself. 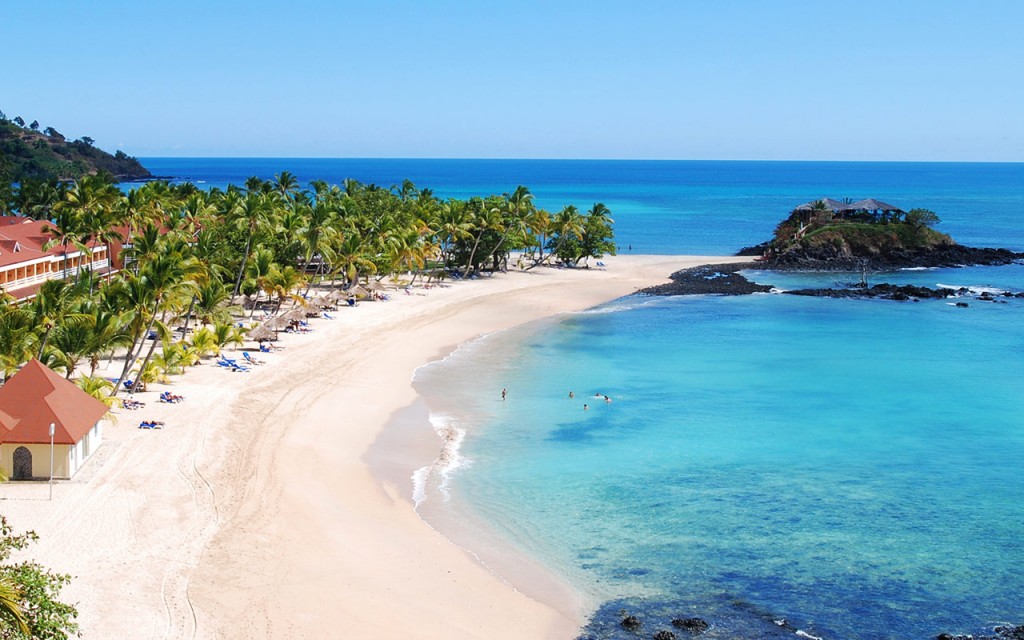 Nosy Be figures among the best beaches in Madagascar. It has been carefully maintained so as to preserve its natural beauty. The resorts may cost you a fortune but it is totally worth it as you are pampered and served as if you belong to a royal clan. With a warm sun all year round, the beach remains the perfect spot for diving, swimming, snorkeling, sailing, among other water sports. If you are not in mood to be in the refreshing waters, then just lying on the fine sand and exposing yourself to rays of the sun while gazing at the ocean would be an out of the world experience too. Not only does it boast about its calm lagoon, but it also has some marvelous landscapes. Looking around, you will find yourself surrounded by mountains and forests. You have to explore that area. In there, you would get acquainted with flora and fauna of the island. Ingenious plants such as the ylang-ylang, the cocoa, and vanilla would be the plants to watch for. You would come across fresh water streams, waterfalls, and crater lakes. You may also meet some of the wild animals. 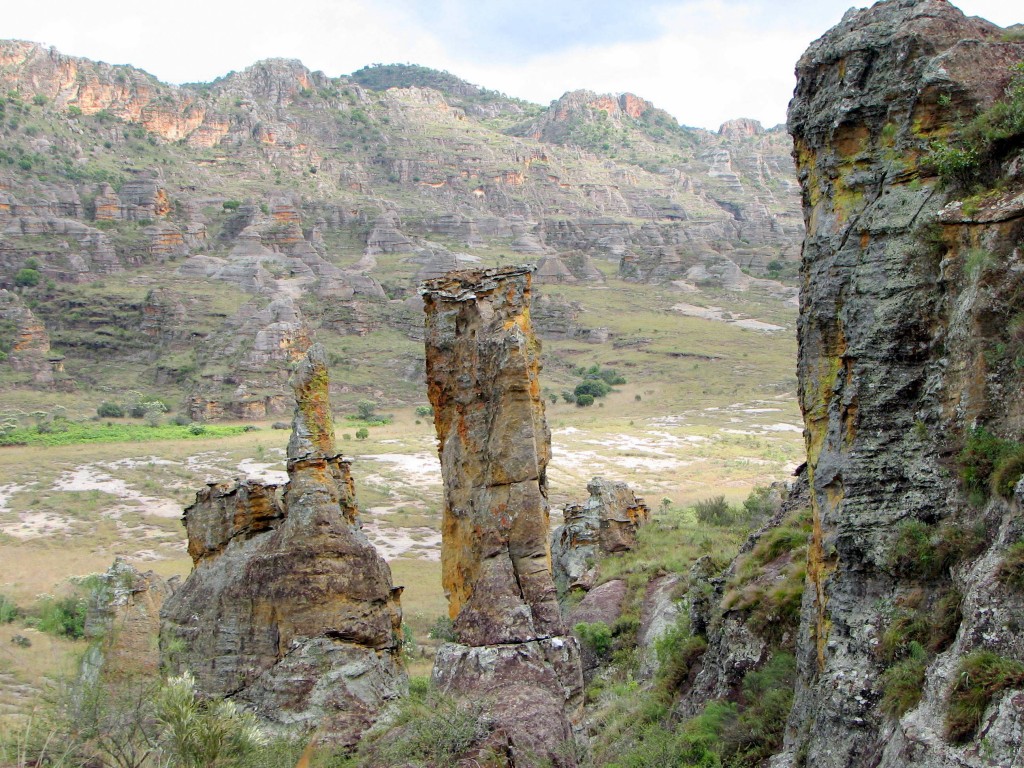 Situated in the central southern region of Madagascar, this park is a vaste and vague terrain. The park shelters many plants and animals. Tours can last from hours to days in there with the constant vigilance of an experienced guide. You could relate the park to a Saharan desert as it is extended on a huge field. Natural sandstone formations big patches of yellow savannah grasses, and steep canyons are worth your attention. Clean and natural water pools lined with palm trees invite you for a swim after your tiring trek. This is absolutely refreshing. Hungry while walking? No worries! You would be friendlily served in the restaurants near the park’s border. As the day falls and the sky looks like it is draped with a vermillion scarf and the sun sets itself to sleep behind the canyons, the view would be so beautiful that you would want to capture it and make it memorable. By night, a camp set in the open air in the park gives nothing but happiness. With mosquito repellent cream well applied to your skin, you may as well spend the night under the blanket of stars and, if you are lucky, under the brightness of the moon. You would be powered with energy to resume your trip in the morning after the dazzling sunrise. 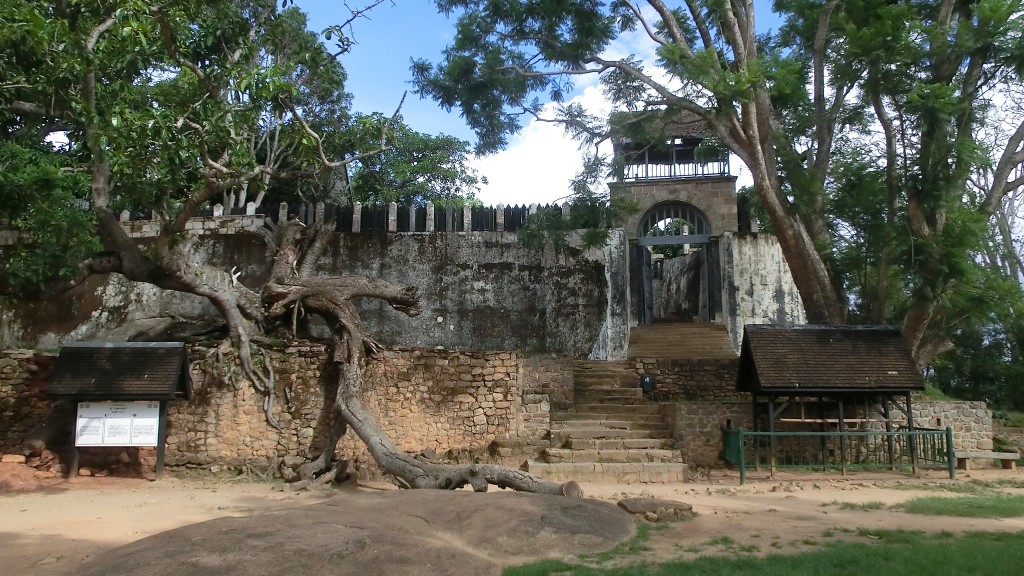 The Royal hill of Ambohimanga is a historical village that inhabited a royal kingdom 500 years ago and thus it is considered sacred by the locals. The history of this royal village makes it attractive for tourists to visit. Few of those facts are for example, the walls surrounding the village were made with egg whites and lime. Surprisingly, the walls still stand in all their glory protecting the village. The Hill was a burial ground for its sovereigns. The place also holds sacred fountains, basins, woods and sacrificial stones. Nearly every object, be it the tombs or stones, is venerated by the locals. Hence, the village shares a deep sentimental attachment with the Malagasies and tourists are not allowed to exploit any of its heritage. Nevertheless, tourists can witness a ritual called famadihana or the traditional exhumation and reburial. The rites and sacred chants are meant to invoke the spirits of the deceased so that their relatives can communicate with them. It sounds absurd, isn’t it? But as creepy as it may seem, this actually happens in Madagascar and many tourists are privileged to witness such an activity. 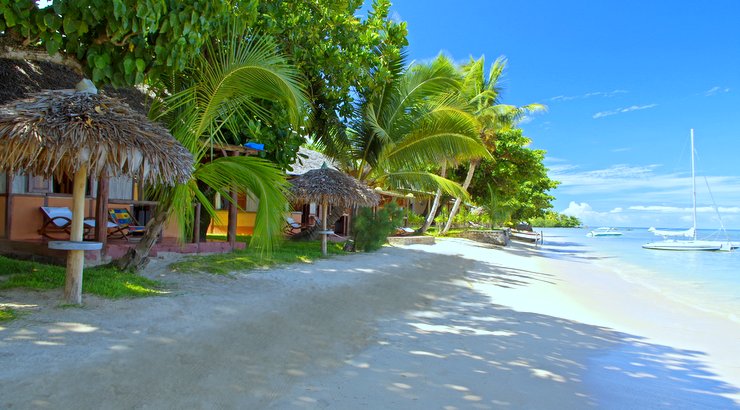 Lying off the eastern coast, Ile Sainte Marie is one of the must visit places while in Madagascar. In the past, it had been invaded by pirates, but with much work and assistance, the islet is today a secured and beautiful tourist destination. Housing many luxurious resorts promising privacy and a good time, the place is also known for its beaches. Clear turquoise lagoons, fine white sand, the warmth  of year round sun and the shade of palm trees are what make up the reputation of those beaches. You are invited to explore the depth of the oceanic waters and practice various water activities under the guidance of experienced guides. Wreckage of several pirates ships dating back to the 17th and 18th centuries can still be seen in the shallow waters. Going there in summer allows you to bond with migrating whales who visit the island during that particular period of the year. All you get is the peaceful holiday that you dreamt of.

Madagascar is an undeterred mine of beauties. Fortunately, it is still preserved in its cocoon and have not been influenced by exterior forces. You would not regret flying there for your holidays.

Now that you have visited Madagascar, it’s time to book a ticket to Mauritius. The many hotels and villas Mauritius has to offer are bound to seduce you. We strongly recommend to check them out and as for renting a car in Mauritius, that’s covered too!
Enjoy your next holiday in the Indian Ocean.