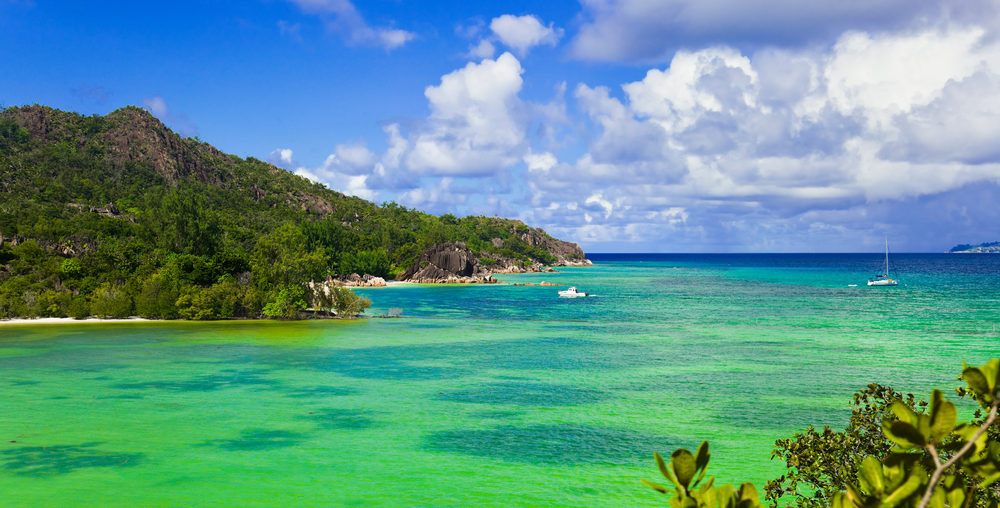 Are you curious to know more about the Seychelles islands? Well, let’s discover together Curieuse, a little piece of paradise away from villa, hotels or urban development. No need to rent a car; The island is best explored by hiking.

Curieuse Island is one of the most beautiful islands of Seychelles. This small island is 2.86 square kilometers and is located northwest of the island of Praslin, which is the second largest island of the Seychelles. Curieuse is a bio-reserve managed by the Marine Parks Authority of the Seychelles. Its Fauna and flora are still in a well-preserved state and nature walks on the island remains very relaxing.

How to get there?

The island is a major tourist destination. Unfortunately you cannot stay on the island due to its natural reserve status. Curieuse is a protected island and has not been developed for tourism. The proof lies in the fact of having no hotels, villa or restaurants on the island. The best way to visit Curieuse is through tours organized by the hotels on Praslin or through local tour operators. These tours often stop on other islands, including Cousin and Cousine islands for lunch breaks.

The island and the national marine park are open every day- even on holidays. Those who prefer to travel to the island aboard a private yacht or a boat hired will be asked to pay a fee to enter the park and will be anchored in designated areas to protect coral reefs. There is also a fee for overnight mooring. People traveling privately must bring their own food and drinks, as nothing is available on the island.

Curieuse: About the island

The land on Curieuse island is bright red and that is why it was formerly called the Red Island. The name was changed to Curieuse island by the French in 1768. The huge giant tortoise population was completely destroyed with the arrival of Europeans. In 1771, thinking it would make Coco de Mer harvesting easier, sailors set fire to the island. The fire destroyed most of the fauna and flora of the island. Today more than 240 years later the damage caused are still visible.

In 1833, the island was used as a leper colony and remained so until 1965. The colony was called Anse St. Joseph and the doctor’s residence, which dates from the 1870s, was converted into a museum and educational center. A number of more than 500 turtles are constantly walking around the island. Curieuse is home to more than eight different species of mangrove trees.

Curieuse and Praslin are the only places in the world where the Coco de Mer grows naturally. The plant holds three world records, including the heaviest seed to 17.6 kg, the largest flower on a palm tree and that of the largest fruit with its coconut weighing up to 42 kg. Today it is a protected species and an ornamental tree. The fruit is used in Ayurvedic medicine and traditional Chinese medicine. It is also used as a flavoring for cooking in the Canton region of China.

What to do and see on Curieuse?

There are many unique things to see on Curieuse Island including the Coco de Mer, mangrove forests, the Aldabra tortoises, Takamaka trees, breeding grounds for sea turtles and the Seychelles Black Parrot, and much more native flora and fauna.

Excursions can be arranged from Praslin or any other island of the Seychelles. The first thing that visitors observe is the strong contrast between the green foliage and red earth. After a 20-minute boat trip from Praslin to the National Marine Park Curieuse, visitors go ashore at Bay Laraie. In the harbor, visitors can watch humpback parrot fish that can grow up to 1.2 meters long, and on land, giant tortoises walking relaxed all around the headquarters of the park rangers. Yet, protected turtles are allowed to be fed by visitors.

Beginning in Bay Laraie there is a path that leads to Anse St. Joseph, which is on the other side of the island. Visitors can walk through the dense mangrove forests, which are considered one of the most beautiful sites on the island, not to mention the giant cliffs of granite. These cliffs are carved by wind and rain and form natural blue and red arches along the coast. The ruins of the former leper colony can be observed in the forest and is almost entirely covered by vegetation. There is also a rocky trail to the top of the island. This is not an easy walk and there is not much shade along the way, but the sites are spectacular.

Park rangers offer free guided walks around the island. These tours are available twice daily. On the two kilometers long trails across the island, visitors can admire the mangrove forests, degraded land by fire, views, wetlands and some of the most beautiful beaches of the Seychelles. The walk passes through the mangrove forest near Bay Laraie allowing visitors to contemplate seven of the eight species of mangroves on the island. It is accessible even at high tide.

The Doctor’s House is yet another historical site on Curieuse Island. It is a large restored colonial villa, which is an example of Creole colonial architecture. The beach in front of the Doctor’s House is where green turtles nest. Visitors arriving from November to December can see the babies crooked sailors. Eggs are supported by an international organization.

Hope to see you soon on Curieuse and don’t forget Enjoy the visit!