15 years ago, the sister islands suffered the onslaught of the powerful cyclone DINA. This meteor by the extent of the damage caused and by the cyclone conditions generated is part of the major cyclones in the history of Mauritius and Reunion.

The story of DINA begins in the Chagos sector (this is often the case for the tropical low pressure systems of the southwest Indian Ocean basin). The beginnings of DINA are explosive. Still a tropical disturbance in the night of January 16 to 17, 2002, the system knows a rapid intensification to the point of reaching the stage of Moderate Storm in the afternoon of the 17th. As indicated by Météo France, DINA burns all the stages and becomes Tropical Cyclone the next day in the middle of the day. While it takes on average 5 days to reach this stage, DINA did it in 2 days! Since its cyclogenesis, DINA is in a hurry, moving rapidly to the southwest sometimes up to 40 km / h. On the 19th, the system slows down while maintaining the same course. On this trajectory, Rodrigues is under the direct threat of the phenomenon. After a break, DINA is experiencing a new phase of intensification until reaching the stage of High Level Cyclone Intense. The cyclone reached its maximum intensity on January 20 generating gusts of the order of 300 km / h. At the same time, following the reconstitution of the subtropical high pressures, DINA sets sail towards the southwest of Rodrigues, which avoids the heart of the powerful cyclone. We all deplore on the island the disappearance of five fishermen.

Mauritius and Reunion in turmoil

By sparing Rodrigues, DINA sets its sights on the Greater Mascarenes. The trajectory forecasts of the time show that the sister islands will certainly be affected by the cyclone. On the night of January 20 to 21, DINA operates what is called a cycle of eye replacement, which has the effect of weakening the phenomenon. Nevertheless, this weakening will be slight, and DINA remains an intense cyclone particularly dangerous at the time of approaching Mauritius.

On 21 at 13h, alert 3 is activated, there is no doubt that the island will be affected by the cyclone and at the same time the orange alert is triggered in Reunion. At 21:30, Mauritius is on maximum cyclonic alert. DINA’s eye then travels to the north of the island in the night of January 21 to 22, at a distance of only 65 km from the northern tip of the island. The impact is severe, heavy rains accompanied by strong winds plunge the Mauritians into a night of anxiety. The highest gust was recorded at Morne Brabant (southwest of Mauritius) with 228 km / h. 4 people died and the material damage is important.

Subsequently, DINA continues its destructive journey by now taking to Reunion which is on red alert on January 22 at 8am. In the morning, the cyclone takes a potentially catastrophic course for the island insofar as the area of ​​the strongest winds would impact Reunion Island. Finally, thanks to a trajectory that has straightened in extremis towards the west, DINA will finally also reach 65 km of the north-west sector of the intense island at the end of the day. However, the impact of the hurricane on Reunion Island is stronger than in Mauritius because of a more pronounced relief.

According to Météo France, the gusts reached or exceeded 180 km / h on the north, northwest and southwest coasts. On the heights they have locally reached 200 km / h or exceed 250 km / h on the most exposed heights (especially north-west). The damage is enormous and amounts to hundreds of millions of Euros. Despite the violence of the cyclonic episode, there are no direct casualties related to the cyclone on the island.

For Mauritius, DINA has rekindled the painful memories of HOLLANDA (1994). For Reunion, we must go back to the cyclone FIRINGA (1989) to find a cyclonic episode as violent. Several phenomena have affected the sister islands since 2002, but none have so far rivaled DINA, either in terms of intensity or in terms of cyclone conditions caused. It is thus 15 years, that the Big Mascarene have not experienced more intense cyclonic episode. Yet, Berguitta is unfortunately threatening both islands after more than 15 years of calm cyclonic seasons. 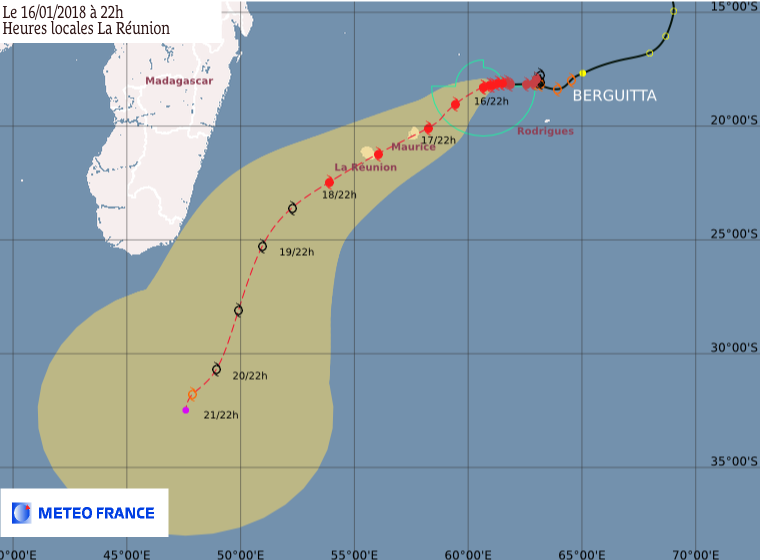 The intense hurricane Berguitta weakened slightly during the last six hours. He also slowed down his race. This is what emerges from the fifth cyclone report issued at 16:10 on Tuesday 16 January by the Vacoas weather station in Mauritius.

At 4 pm, Berguitta was about 420 km east-north-east of Mauritius. “It keeps moving in a general direction from west-southwest to about 8 km / h. On this trajectory, the intense tropical cyclone Berguitta continues to approach Mauritius dangerously and represents a direct threat to the island, “warns the station Vacoas.

“As the intense tropical cyclone Berguitta approaches Mauritius, the cyclone warning should be raised in class 3 at 4 am tomorrow morning,” said the Vacoas station.

The weather in Mauritius will be cloudy to overcast with intermittent rains, which will be moderate to strong at times accompanied by isolated storms, becoming more frequent from this Tuesday evening.

Thursday, during the day, that Berguitta should pass closer to reunionese coast according to Météo France forecasters. The weather should then deteriorate sharply the night of Wednesday to Thursday.

The meteor would pass a few dozen kilometers from the island. A swell causing waves of 7 meters on average, 10 meters for the highest, is expected. Gusts above 120 km / h and heavy rainfall, especially on the heights of the East, should also affect Reunion. Bélouve and the Plaine des Palmistes should be very well watered. Bad news when we know that the soils are already saturated since the passage of the storm Ava.

Heavy rains, swell and winds could cause significant damage. Météo France is thus alerting the population to the risk of gully flooding, flooding or falling trees.

It remains to confirm the trajectory of this cyclone because the consequences would vary if it came to the south or north of our island. 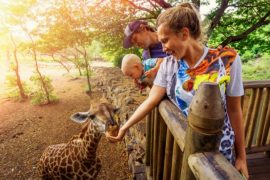 Amazing things you can only do in Mauritius 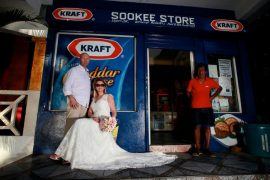 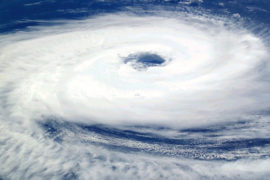 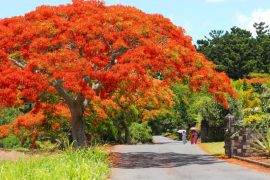