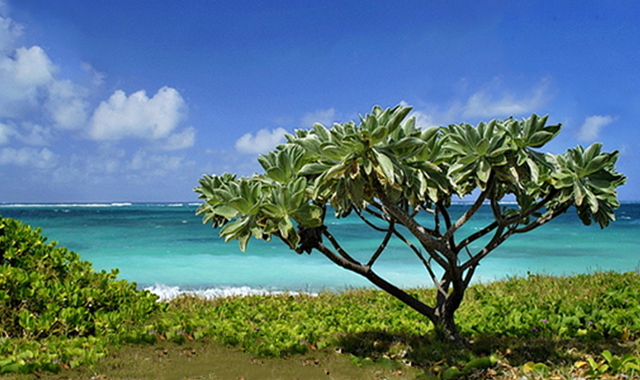 It is no coincidence that Mauritius is commonly referred to as the beach island. Either north or south, the Mauritius beaches are the best in the world. Its three hundred and thirty kilometres of coastline is ornamented with azure crystalline waters and waves washing up on infinite stretches of white sandy beaches sometimes in front of lush green vegetation giving it a sense of lost paradise.
Situated in the South of Mauritius, beaches like Blue Bay, Le Morne, St Félix, are the amongst the most visited beaches of the island, all year round.

Picturesque postcard landscapes and sunshine galore are on the menu. If the sun never fails to call in the south. It is easy to take shelter in the shade of coconut palms and casuarina trees lining the beaches.

The natural richness of the Mauritian lagoon, where you can observe some 600 species of fish and the inviting water temperature, between 23 ° and 27 ° depending on the season, also offers a range of beach and water activities that will meet the expectations of young and old.

The Blue Bay Beach is known for its soft clean white sand and clear coastline. Thanks to the location and size of Blue Bay, it is one of the most desired weekend destination for the inhabitants of the south.

The best time to enjoy the beach during the week where you can have a small secluded corner all to yourself. It is very difficult to take a bad picture to Blue Bay because it is simply one of the best beaches in the world.

Blue Bay is also host to the first marine park of the island. You can access it by seeking the service of one of the numerous boat charters found on the beach. You can either choose to admire the fish species through glass bottom boats or either snorkel and also discover the numerous species of coral.

Unfortunately over the last years, the corals began to whiten, probably because of the rise in the sea temperature.

Located on the south-western coast of Mauritius, Le Morne is a small village overshadowed by a small mountain called Le Morne. 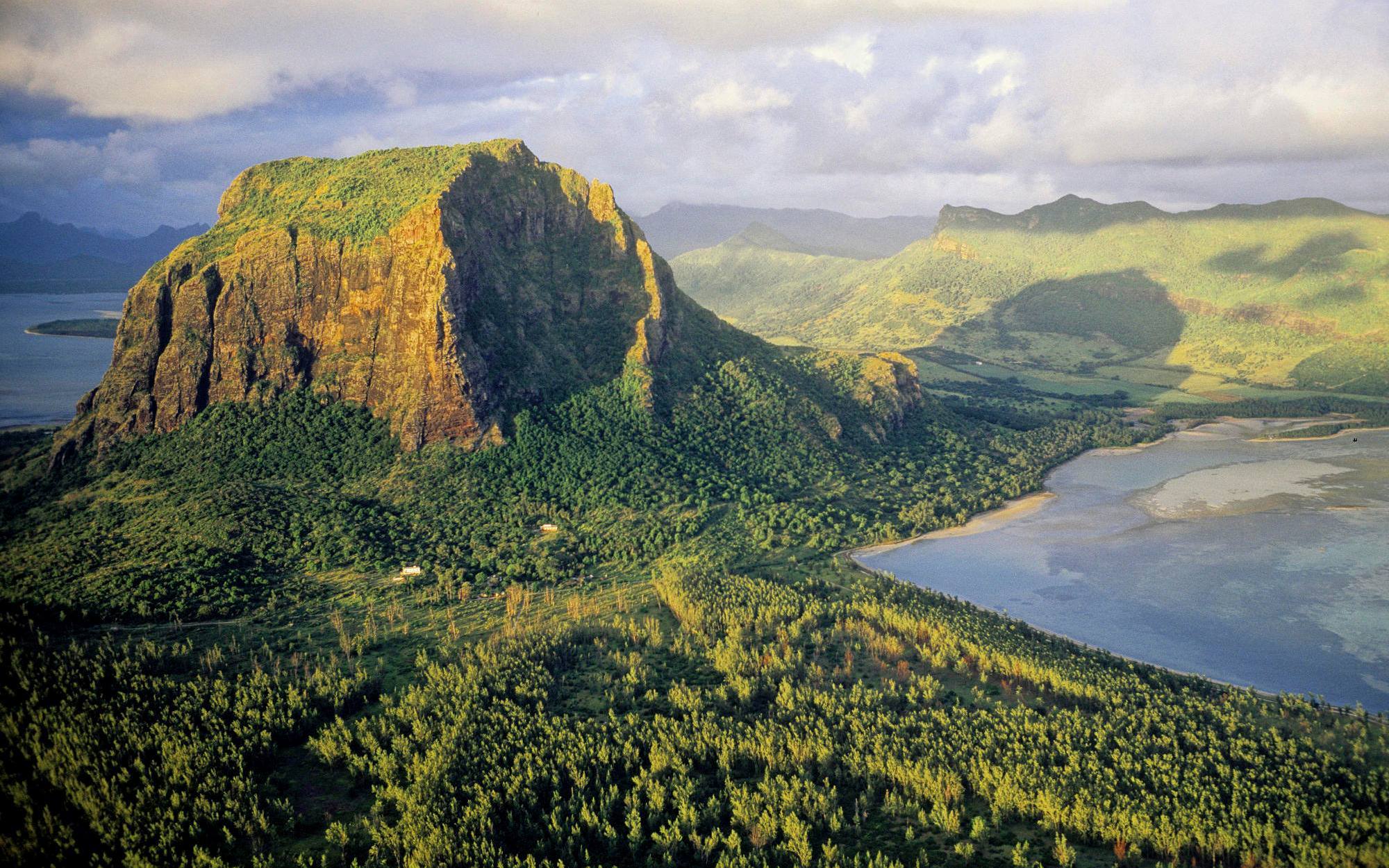 It is home to a very nice public beach that attracts surfers, gliders and kite surfers. It is slightly windy and this place is an ideal place for these sports. 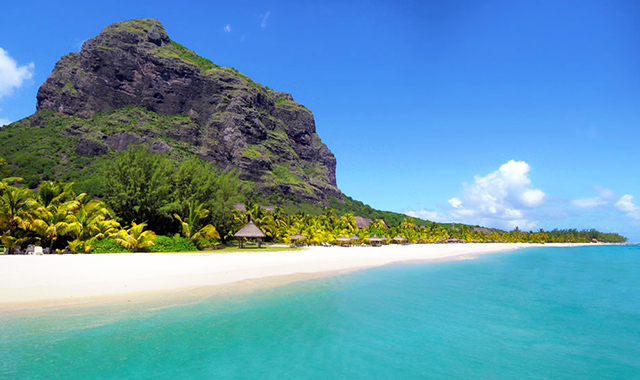 La Prairie is named is named after the green grass that borders the beach. It is situated in the south of Mauritius in between the Mouth of Rivière Du Cap River and La Pointe Sud Ouest.

This beach is not suitable for swimming because of currents but is popular with families who come to picnic here every weekend in the shade of Casuarinas.

Sometimes laid on the turf, the pirogues of the fishermen will make amazing backgrounds combined with the blue of the sea for your photos.

St Félix beach is the ideal family beach of the south of Mauritius. With a turf extending over a few hundred metres, soft sandy beaches and a crystal clear lagoon, St Félix is one of the gems of the south.

The beach is quasi-deserted throughout the year. During weekdays, it is very rare to find people at the exceptions of some few tourists or third age groups picnicking.

If you are residing in the north of Mauritius, the journey to Saint Felix can take you a while. The coastal road is approximately ninety-seven kilometres long.

St Felix is also a great place to test your snorkelling skills.

The Riambel public beach is a dream beach located between Souillac and Bel Ombre. During weekends and holidays, the beach is one of the busiest places by locals. On weekdays, the beach is quiet and you can enjoy a beautiful day in peace, apart from the waves.

Unfortunately, the sea is a bit rough and there is a fairly strong current throughout the year. Swimming is not recommended, especially for those who are not used to. If you do not want to take the risk, however, you can lie in the water on the beach and be pampered by the warm sea and bright sunshine.

To the east of Souillac in the extreme south of Mauritius, the Gris-Gris and its mysterious high cliffs immediately bewitch minds with its deafening tumultuous roars.

A horde of reckless waves come and smash their last breaths of life on eroded black basaltic rock.

This incessant ritual of furious waves in Mauritius that befell the chain and excessive noise litany give this grandiose show a nostalgic decor Breton Island more surprising in Mauritius.

A few steps from the rough and imbued with magic place, a rock having a rather bizarre name, La Roche qui pleure – literally the crying rock, mingles with the party making seep infinity of warm ocean tears from her protruding walls under attack repeatedly by a devastating ocean.

Geysers of water with long spit erected towards the sky are also working to make them a subject of this attraction.

Below these bare cliffs, a small beach with golden intoxicating pristine white sand gracefully reveals to visitors of this sumptuous part of Mauritius.

However, swimming is strongly discouraged because of the strong sea currents that stir the waters. Yet in this romantic place in the heart of an authentic and spectacular Mauritius

You will then find a charming little dirt road with trees on each side of the road and after a few minutes you will find the beach. Near the beach, you will find large Casuarina trees lining the coast, and just before the white sands of La Cambuse you find veloutiers.

The Veloutier is a beautiful shrub with silvery green foliage, grows mainly Veloutier The seafront, the trunk is twisted and dried by the salt in the air. Its sinuous forms give it the appearance of a Bonsai.

The white sand beach is beautiful with turquoise sea surrounded by greenery, swimming is not recommended, because the sea is generally rough with strong currents.

This part of the south can be windy, but if you want to swim, you will find the right end of the beach, a lake surrounded by rocks – perfect for a swim.

Nudism is prohibited, but topless is accepted. The best time to visit the beach of La Cambuse is early morning since the beach is nearly desert.