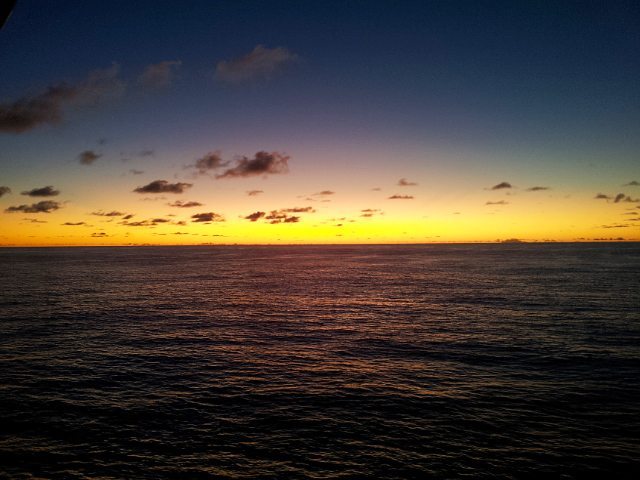 A Fly over Indian Ocean!

The Indian Ocean: nestled in its warm waters are beautiful tropical destinations. The third largest island in the world, Madagascar, with its unique endemic fauna and interesting culture, is located just off the coast of Africa. A little further east are the islands of Mauritius and Reunion with their superb and fantastic beaches offering a variety of activities and water sports. The countless islands in the Maldives and the Seychelles all have a fantastic underwater world ideal for scuba diving and snorkeling, as well as some of the best beaches in the world. 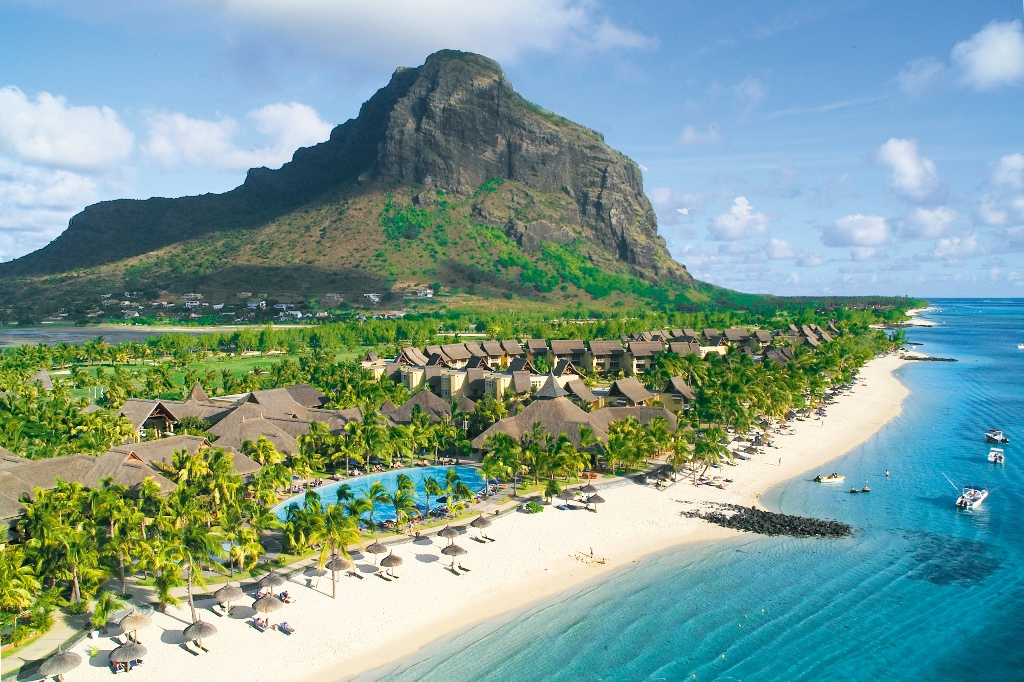 Located in the Indian Ocean, Mauritius is a tropical island with as capital Port Louis, which is located in the north west of the island. This city is the business center and main administration of the island. To visit the capital, you can start with the Caudan Waterfront followed by the market where exotic fruits vegetables and souvenir of the island will delight your eyes,.

You will also have the opportunity to discover the Aapravasi Ghat – UNESCO Heritage site- where the many Indian immigrant landed when they first came to the island. Le Morne located southwest of the island was also declared as World Heritage by UNESCO in 2008. The mountain of Le Morne is a strategic location that was used as a shelter by runaway slaves, thinking that if they were captured again and they would be killed, so they chose to jump from the top of the mountain. They preferred death to save their honor, their dignity and their right to freedom.

The welcome is warm in Mauritius. You can also discover different cultures and exquisite traditional food such as chicken curry and rougaille. Mauritian sega is the musical soul of the island. There is a lot of places of interest to visit on the island. Do not miss the beautiful beaches surrounded by warm lagoons and calm seas. These perfect conditions allow you to go to the discovery of the underwater treasures of the ocean Indian. You will surely want to stay in Mauritius.

More than 200 species of fish live in Mauritian waters. And these waters allow for many different activities such as swimming, windsurfing, diving, snorkeling, big game fishing, or swimming with Dolphins. Savour island hopping trip in Mauritius on the catamaran with sun and sea, beer and guitars in hand while discovering surrounding islands – Ile Aux Cerfs, Ile aux Aigrettes…

Mauritius is a tropical island with lush greens, you can admire the magnificent panorama of the island during a tour to Curepipe, on Trou Aux Cerfs, to beautifully end your sojourn. 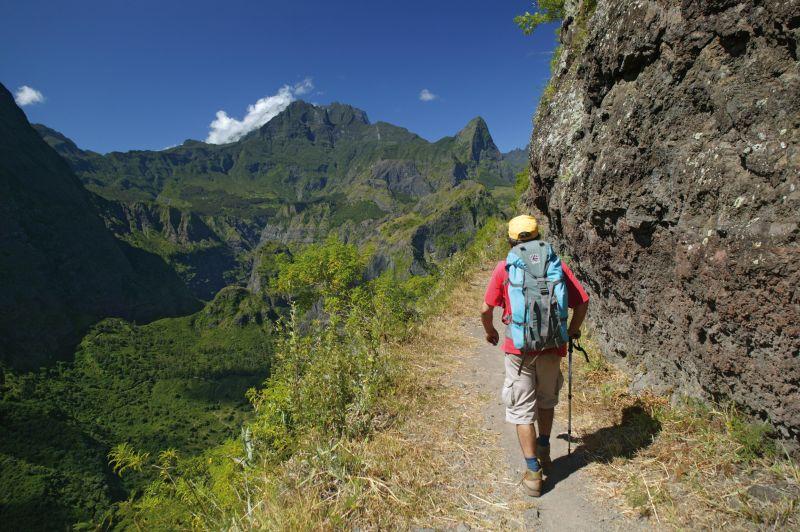 Located in the Mascarene Islands, the island of Reunion, a French department offers to the traveler the unique charms of a tropical island in the Indian Ocean.

To the north lies Saint Denis. The island has extensive networks of trails pirouetting lush nature. More than 40% of its total area is classified as a UNESCO World Heritage. The climate and volcanic soil are very ideal for cultivations such as Arabica, Bourbon vanilla and other species. The cultivation of sugar cane in turn holds the first place in production in Reunion Island

The musical soul of the island of Reunion is Maloya. This moving and meaningful art is the pride of Reunion. Maloya was born to express the pain and rebellion among the slaves of Malagasy and African origin in the sugar plantations of Reunion. This emblematic musical genre contributes to the festive atmosphere which made the reputation of the island. The Reunionese culture, with its various fusions, offers a cuisine with excellent dishes that are very balanced in rice, beans, meat or fish in sauce – rougaille. A menu with appetizer, like vegetable salad, palmist or chayote gratin, accompanied by dessert such as sweet potato or cassava.

The Piton de la Fournaise has an area of ​​2632m and remains the main attraction of the island of Reunion. Being one of the most active volcano in the world in recent years, everyone is curious to see the interior of this majestic volcanic crater.

Reunion is also known for his three circuses named Cilaos, Mafate and Salazie. These volcanic cloverleaf stand proudly in the heart of the island, at the foot of the Piton des Neiges. Cilaos best represents the intense island’s reputation which Reunion forged. While some come only to enjoy the view and to buy the traditional rum others are here to spend a moment of tranquility in a place where you are completely cut from the world. Mafate is the wildest of the three circuses with abundant vegetation and waterfalls. As for Salazie, it has the most visible treasures, The Bridal Veil. It is a waterfall with several sources and is as legendary as Reunion. Geologically speaking, the Iron Hole is the most beautiful place on the island of Reunion. There are majestic waterfalls and some are almost the size of the Eiffel Tower. 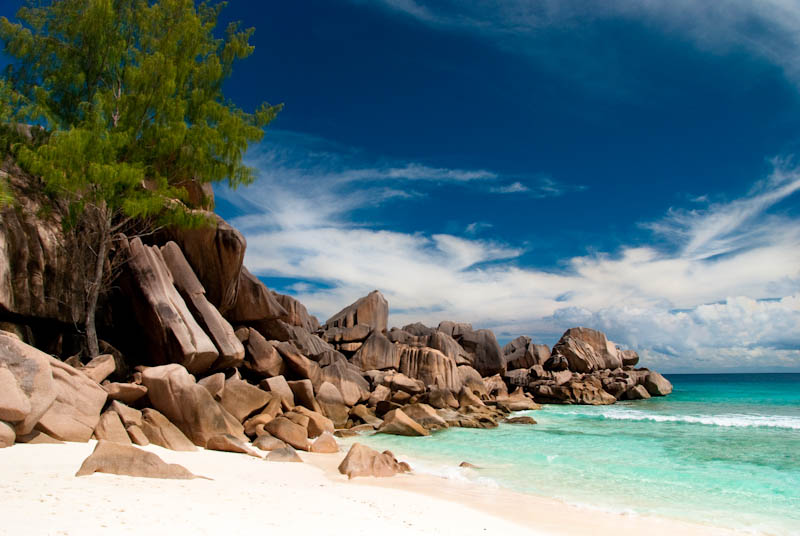 The Seychelles consists of 115 coral and granite islands in the Indian Ocean with unparalleled beaches and majestic cliffs. The capital of Seychelles is Victoria and is located on the largest island of the archipelago, Mahé.

The Seychelles are especially known for their beaches, these blocks of smooth rocks washed up on the white sand and wet with a transparent and hot water are definitely an uncommon sight. Among its most beautiful beaches, Anse source D’Argent remains the most popular. It is popular especially for the panoramic view it offers and the beautiful surroundings. Water sports are not left out, especially with a dive center for those wanting to discover the underwater fauna and flora. The excursion in the glass bottom boat will allow you to see fish and marine species if you are not ready to get wet.

Some islands are home to colonies of giant tortoises. Each island reveals its original beauty: from peaks covered with lush forests to the ocean sapphire, through hillside clearings and beautiful granite rocks that surround the beaches considered among the finest in the world.

The Seychelles has two sites listed as World Natural Heritage by UNESCO: the fabulous Vallée de Mai and Aldabra Atoll, the largest coral atoll in the world.

Accommodations in the Seychelles (Praslin Hotel Seychelles) are also varied as the range extends from small boutique establishment with their beachside bungalows to luxury 5 star hotels. English and French are the official languages. The Seychellois Creole also became the semi-official language in 1981, in the press and literature.

We find the Seychelles Creole cuisine the best of the Indian Ocean. Rice and fish, are decorated with succulent fruits, vegetables, herbs and spices. The moutia is the traditional Seychellois dance; its rhythms are strongly influenced by African and Malagasy origin. The songs are prayers that the slaves transformed into chants during work, accompanied by throbbing dance.

Have wonderful holidays in the Indian Ocean! 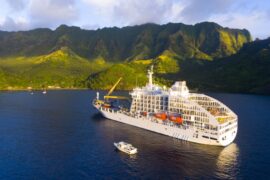