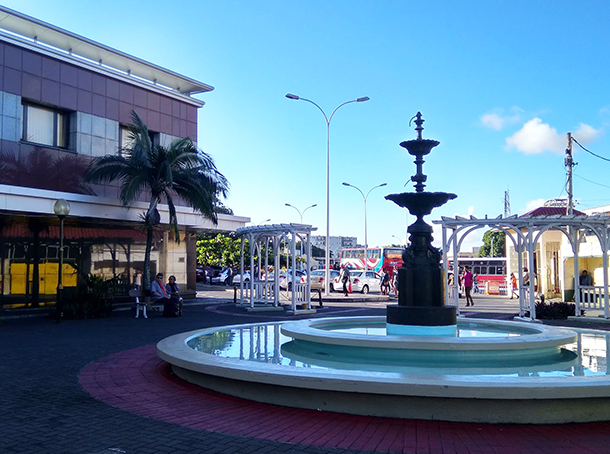 A brief recap of history while visiting Mauritius

If the coastline offers multiple places of historical and cultural visits, the center may seem to lack interesting sites. The urban agglomerations of Beau Bassin in Curepipe are above all places of residences and businesses. However, some places are worth visiting for their history, places of worship or the innovative side of museums in particular. Between nostalgia and discovery of a Mauritius in transition, follow the guide.

We start with Rose Hill, which for a long time was the temple of culture in Mauritius thanks to the Plaza. This magnificent old-fashioned theater and its village hall have hosted major events. If the party hall has finally been restored, the theater is still waiting for a renovation that would restore its former glory. You can always walk in the courtyard where a beautiful sculpture stands, La Fontaine des Arts. Directed by the sculptor Nirmal Huree and the decorator Serge Constantin, it is the very expression of a time when the city was the scene of great cultural events. The famous art gallery Max Boullé also housed regular exhibitions of Mauritian artists.

In the courtyard of the Plaza, there is also a Silambou erected by the International Movement for Tamil Culture of Mauritius. High 6 m 35, this column in a basin represents Mauritius floating on a lotus.

We can then continue on the Royal Road where two Catholic churches offer different architectures. The first, Montmartre offers a modern architecture, lean profile seeming to touch the sky. Our Lady of Lourdes a few meters further, is a very busy parish that dates from 1890 to the classical structure. Both are open to the public.

Another interesting place of worship in Rose Hill is the Draupadi Ammen Kovil (better known as Moorghen Temple) at Gladstone Street. The temple is named after Draupadi, the wife of the five Pandava brothers in the epic Mahabharata. It is also decorated scenes of this episode of the Bhagavad Gita, sacred book of Hindus and also the life of Shiva and Ganesh, deities revered by the Tamils. The temple worker, who has been working there for 50 years, will be happy to tell you the operating principles of this place of worship. 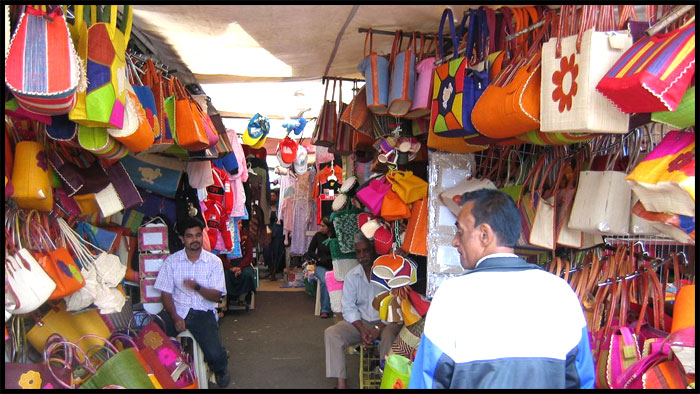 In the neighboring town of Quatre Bornes, another Kovil is renowned both for its location and for the Cavadee festival celebrated twice a year. Typical of Tamil art, it was built, like many temples in Mauritius, by an Indian immigrant, in this case Vella Mooroogan in 1897. The Siva Subramanya Thirukovil is better known as Kovil Mountain or the Mountain Church because The temple seems suspended on the mountain of the Corps de Garde and the devotees have to climb nearly 241 steps to reach it. The ascent is worthwhile because from up there, one enjoys an impregnable view on the Plaines Wilhems, of Moka with Curepipe and on the west coast until Flic en Flac.

Another attraction in Quatre Bornes is the fair which is held on Thursdays and Sundays. A true souk now found throughout the island, this bazaar located in the city center has nevertheless kept its reputation for doing good business. There are mostly clothes of all kinds, curtains, housewares. However, quality is not always at the rendezvous and counterfeits are well established.

Leaving Quatre Bornes, we make our way to Moka to visit a beautiful Creole house, Maison Eureka (photo at the head of the article). Typical colonial building from the 19th and early 20th century, it belonged to the family of the famous writer Jean Marie Gustave Le Clézio. Almost contiguous to the Montagne Ory, the all-wood house, entirely renovated by the new owners, is set in a beautiful garden in the center of a beautiful wooded park. Close by runs a river at the bottom of a ravine and you can go up to the waterfall that you hear whisper.

The visit of the house is done with a guide and one discovers a furniture in solid wood, resulting from the trade exerted by the companies of the French and English Indies.

Curepipe – The centre of the island

We then leave Moka to go to Curepipe. First stop in Phoenix in the industrial zone of Valentina at the Mauritius Glass Gallery (MGG). Opened in 1991 to recycle glass waste from the former Mauritius Breweries Ltd (beverage manufacturer) and Phoenix Camp Minerals, the gallery has its own workshop, the only one in Mauritius. You can visit it and discover the art of the wind tunnel. Before entering, we pass in a gallery where enthroned footprints of many international stars, footballer, singers, politicians, who came to Mauritius. You can also make your own prints

The visit ends in the shop where a multitude of memorabilia or useful accessories await you.

Let’s go to Vacoas now just for a photo stop on the road to Reunion, a little before Winners. Here, three places of worship are gathered side by side: a shivala, a kovil and a mosque. The latter is in fact surrounded by the kovil. A striking example of peaceful coexistence in Mauritius. Then we go up the road to Floréal until Trou aux Cerfs, the sleeping volcano. Tourist place very busy and now reserved for pedestrians, it dates back about 700 000 years. Culminating at 605 meters above sea level, overlooking the city of Curepipe and the district of Floreal, it allows to see virtually the entire island on a clear day. But the most visible remains the Wilhems Plains to the chain of Moka and the west coast to the Montagne du Rempart. The descent to the crater is possible but risky in rainy weather, which is often the case in Curepipe.

The center of Curepipe, about two kilometers away, is home to a few historic buildings including the prestigious Royal College. Designed by the Mauritian engineer Paul Le Juge de Segrais, director of public works, the current blue basalt stone building is inspired by Buckingham Palace. The building was inaugurated in 1941 and was expanded several times thereafter to accommodate a growing number of students. He retained, however, his original silhouette. In 1921, the imposing memorial to the Unknown Soldier of the First World War 1914-1918 was erected in front of the facade with a French hairy man and an English tommy. You can read the names of Mauritians who have “fallen on the field of honor for freedom and justice”

You can also visit the Saint Helena Church. Abusively called “basilica”, the church of St. Helena, neobyzantine inspiration, has a particular architecture borrowed from the Roman Empire found in the dome and the Romanesque with the cross structure. It stands out from the other churches of Mauritius with its imposing dome and the huge tower of its bell tower. As for the Sainte-Thérèse Church, of Neo-Roman style with its high bell tower, it is the largest of the island. She was visited by Pope John Paul II during his apostolic journey in October 1989. 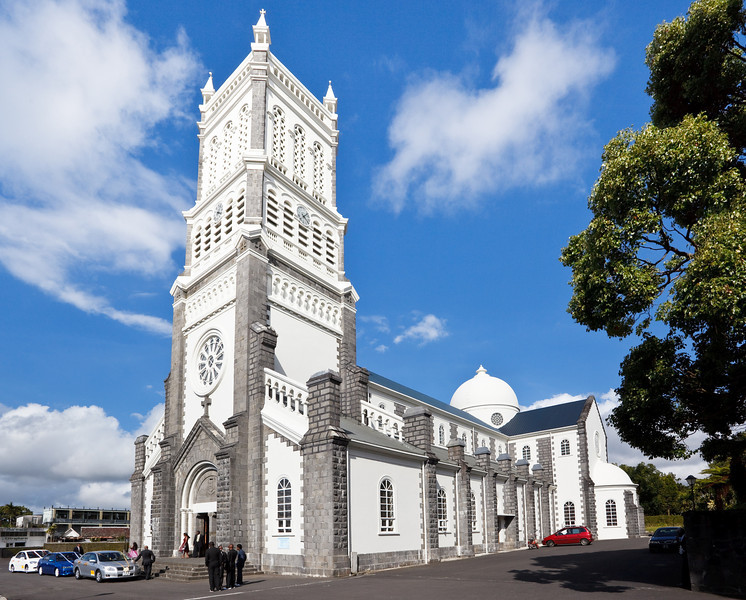 Another interesting place to visit in Curepipe, the Domaine des Aubineaux, a beautiful Creole house set in an immense green setting. The Estate offers a visit related to the history of tea and then continues to the factory and the fields of Bois Chéri.

We finish our visit at La Brasserie, at the exit of the city. There is the oldest boat model making workshop in Mauritius, and perhaps in the world, Comajora. More than fifty employees make models in six sizes from 35 cm to 4 meters. It is undoubtedly also the only workshop which can be visited. Comajora also offers a museum of 82 models retracing the evolution of boats through the centuries from the year 690 BC until the sixties. You can also see a reproduction of the Battle of Grand Port.