For nearly two millenniums, the Great Red Island has been inhabited by peoples from diverse origins: Indonesia, Middle East, Europe and Africa, the nearest land. The multicultural Malagasy society of today comprises a populace of more than 22 million people. This colourful population is holder of a beautiful heritage of nature.

With several climates, ecosystems and diverse sceneries, Madagascar is a land of contrast. Here is our selection of 10 places not to miss in Madagascar.

1. Avenue of the Baobabs 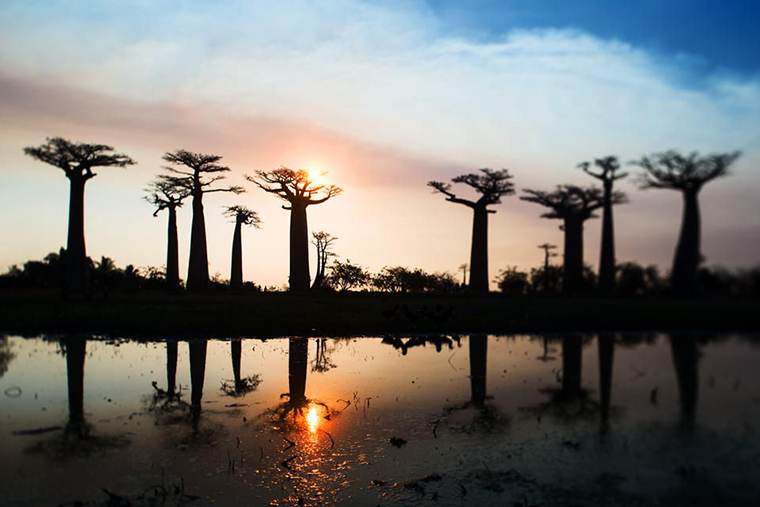 Madagascar is the kingdom of baobab trees. Six of the nine species living on the planet are endemic to the island of Madagascar. The baobab tree is quite strangely shaped, its branches resemble roots, and its trunk can spread to a diameter of 7 metres and store up to 120000 litres of water inside. Locals call them Renala, which means the Queens of the Forest.

If you want to feel the presence of these gentle forest giants, you have to visit the Avenue of the Baobabs. Some trees are more than 30 metres tall whilst others are over 1000 years old. You will discover hundreds of families of Baobab trees lining a dirt-road. And, when the sun is low in the sky, the scenery gets even more spectacular. Happy clicks!

The Tsingy Natural Park is an area of about 152000 ha of stone forest in the western part of Madagascar. The park spreads over more than 100 kilometres from north to south and it can reach up to 15 kilometres wide. This beautiful scenery was formed by a deposit of fossils and shells that died 200 million years ago. These limestone formations were then moulded by erosion 5 million ago and are locally known as Tsingys, hence the name.

Listed as World Heritage Site by UNESCO, the Tsingys offer one of the most spectacular sceneries in Africa. If you are a bit of an adventurer, there is no better place for exploration than the Big Tsingys of Madagascar. The southern part of the reserve has become a National Park with public access while the northern end is a Strict Nature Reserve. To see and climb the northern Tsingys you will need to follow a guide where you will literally have to sneak inside the karsts. There are many species of plants and animals livings there and some are even unique to the location. 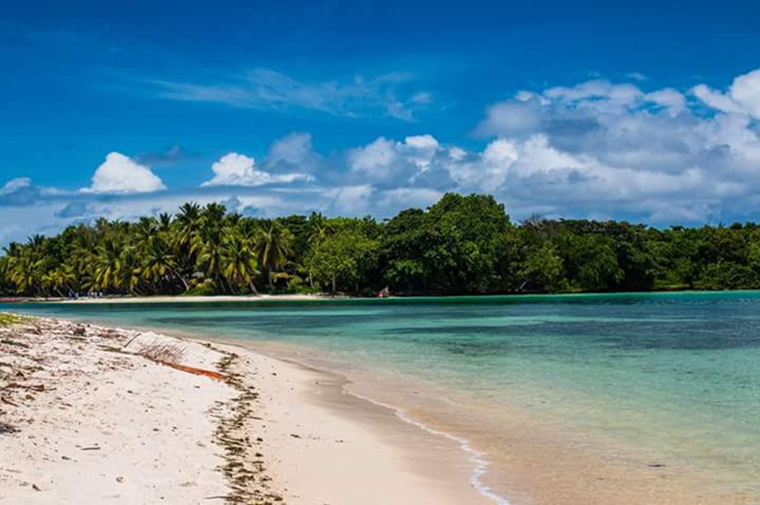 50 kilometres long and 10 kilometres wide, Nosy Boraha previously known as Sainte Marie Island, stretches along the eastern coast of Madagascar. Rows of palm trees sloping white sand beaches, lapis lazuli lagoons and sunny climatic conditions make Nosy Boraha a sublime all year-round seaside destination. The southern part of the island tends to be more animated & developed as most of its population and hotels are settled there. The north reveals a wilder side of tropical beauty, which must be earned. Sometimes you’ll have to sail the sea, trail or spend a full hour quad biking to reach the hidden heavenly beaches and other natural places.

Nosy Boraha is more than just a beach destination. In favour of its location on the east of Madagascar, the island has a narrow and shallow sea strait which allows tourists to watch whales right from the beach. For those who would want to observe or maybe swim with the cetaceans, there are daily boat trips for the whale season, which is from July to September. If you are in search of authenticity and tranquillity, the peaceful creeks of Nosy Boraha might just be your perfect retreat in Madagascar. 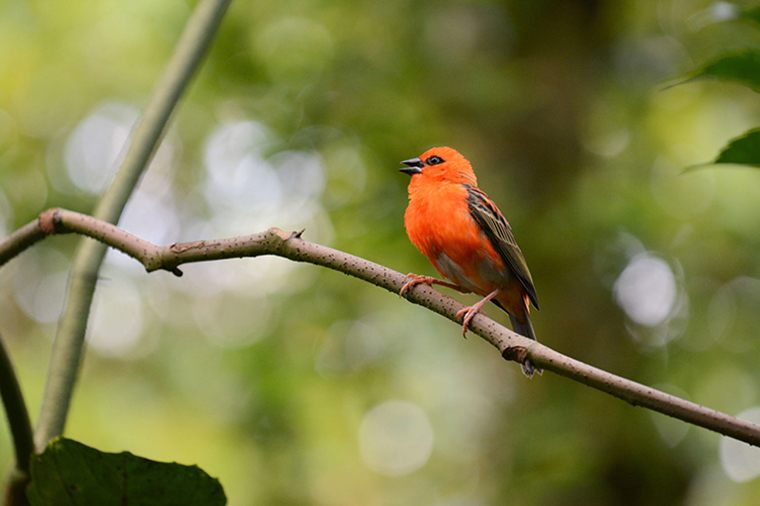 Covering an area of 2,400 km², this is one of the richest primary rainforests of Madagascar, and certainly the Island’s largest protected area. This paradise for researchers is a World Heritage Site by UNESCO and remains under-visited, yet it illustrates a remarkable biodiversity. It is believed that there are still many species yet to be discovered in addition to the already amazing fauna & flora of the Masoala forest. 10 different species of Lemurs can be seen there, including the Red Ruffed Lemur which habitat’s is restricted to the reserve, the emblem of Masoala forest! This humid rainforest also shelters numerous reptiles, endemic birds, butterflies and insects.

The protected area of Tampolo where rainforest meets the sea, is a probably the best place to stay for nature lovers. Don’t be surprised if you come across more ornithologist than tourists here. The Masoala forest is a sanctuary for birds. To see some of the most beautiful species, all you have to do is to look above. They have been living there for hundreds of years, like the various lianas of the park. The fauna is so rich and dense, that 90% of sunbeams never reach the surface of the soil. The Masoala National Park is no way-marked trail, we highly recommend visiting the reserve with a guide. 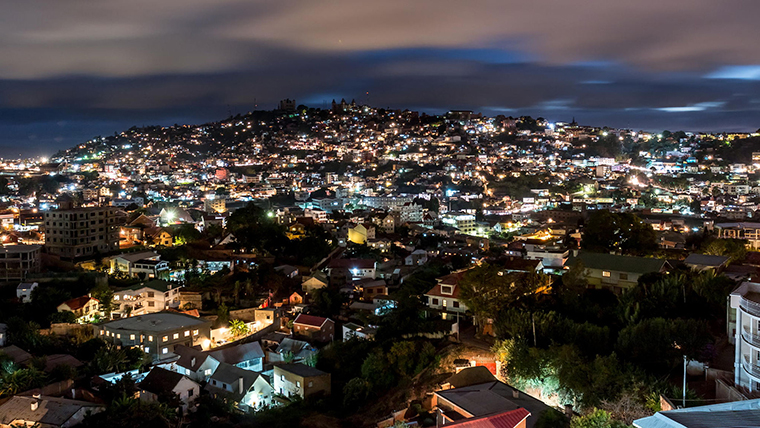 Your journey to Madagascar begins in Antananarivo or Tana, the capital, located in the central part of the island. The political and cultural city continued its expansion on the slopes of surrounding different hills, including some peaking an altitude of 1400 metres. Tana can look overly developed when compared to the rest of Madagascar. However, it is a place where traditions and modernism coexist harmoniously and, more than 2 million people call it home. To discover the various cultures and traditions of Madagascar, Tana is sort of a melting pot of the island. The architectural mosaic appreciable in Tana reflects the Austronesian and African influences of the island’s first inhabitants. If you want to know more about Malagasy history, take the trip to Ambohimanga, one of the 12 sacred hills of Tana. It is located 20 kilometres to the north of the capital, at an altitude of 1468 metres. This UNESCO World Heritage Centre is home to beautiful Malagasy structures and several hundred-years-old palaces, the historic domiciles of the kings and queens of Madagascar.

With the Indian Ocean surrounding the island it is no surprise that fish and sea fruits are the staple ingredients of Malagasy cuisine. Also, the natural richness of its soil, the spices, and mixed cultures and traditions, Madagascar is world-known for its unique cuisine. And, in the middle of all this, Antananarivo is the crossing of all these flavours. All around the city, you will find interesting restaurant revisiting traditional Malagasy gastronomy with a zest of French savoir-faire. 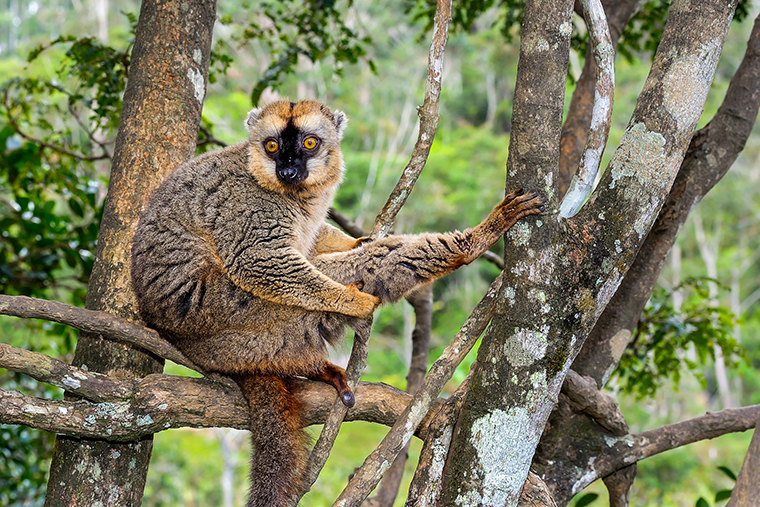 When people think of Madagascar, they often think of Lemurs, and when Malagasies think of Lemurs, they think of Andasibe-Mantadia National Park. There are 10 species of unfettered Lemurs which seem to like the presence of humans. The primary rainforest is however reputed for its colonies of indri-indri and their charming high-pitched chants. The chants of Lemurs are in fact a territorial behaviour, they make sounds to keep neighbouring groups of Lemurs away.

Again we recommend hiring a local guide who will add to the experience and you will have better chances of seeing groups of Lemurs. In the region of Andasibe, there are several reserves and parks, and you can divide them over day and night hikes. There are many accommodations like lodges to spend the night in nature, however, arrangements should be made beforehand. You will also discover the many species and plants enlivening the reserve. It’s technically a jungle, so watch out for snakes, chameleons, lizards and numerous insects. As you go deeper, the dense forest get tougher to trail, so be sure to wear appropriate clothing and hiking shoes. 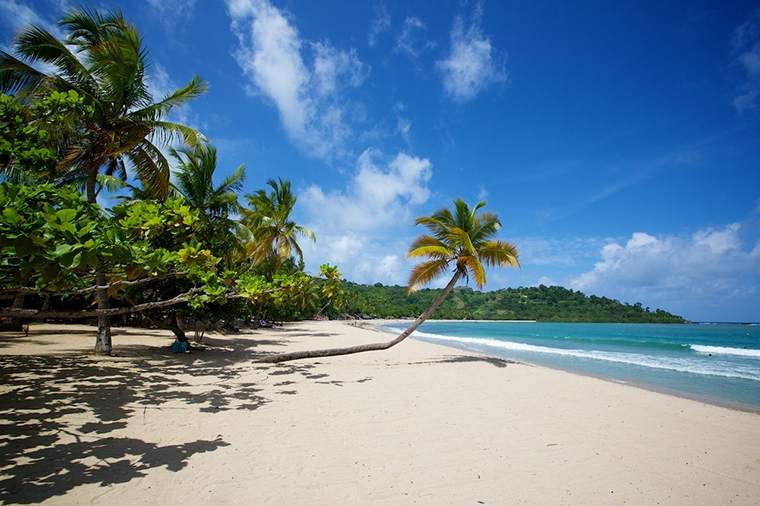 The north-west coast is the most touristic place of Madagascar thanks to Nosy Be. This archipelago of islands located 10 kilometres from the mainland has an amazing collection of treasures that combines numerous islets, untouched seabed, pristine white sand beaches, and lush nature. In this exotic setting, hotels and nature-lodges were perfectly integrated to honour the sustainable tourism concept of the archipelago.

The picture-perfect beaches of Nosy Be have for long been the island’s principal attractions. Nosy Iranja, Ambatoloaka or Andilina, the beaches are true havens for visitors looking for authenticity. As you we go further into the blue, the seas surrounding the archipelago infold countless submarine treasures, for the greatest joy of diving enthusiasts. The preserved seabed are easily accessible and offer a wide variety of fauna and flora, in a crystal-clear lukewarm water. Diving in the sea of Nosy Be is a true bliss for nature lovers. Its biodiversity has hundreds coral species and an array of fish species. 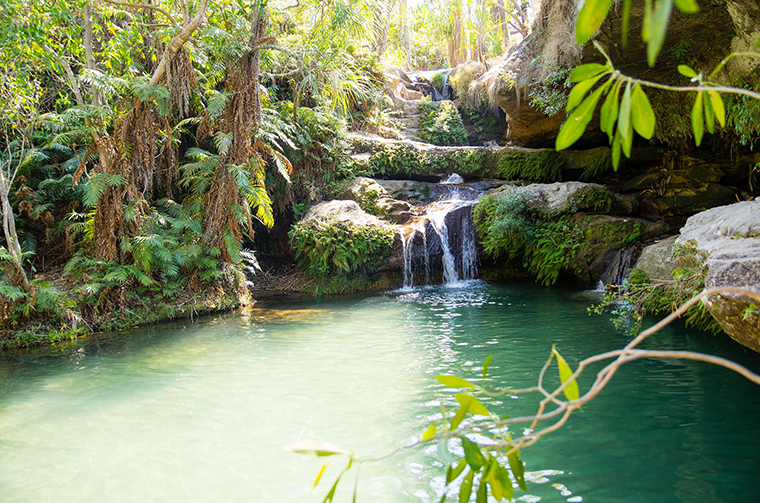 Located midway between Toliara and Fianarantsoa, Isalo is a jewel of nature. The rocky massif of Isalo stretches on more than 80, 000 ha and is listed as National Park since 1962, one of the country’s oldest. The impressive rock plateaus, peaks and walls of Isalo hide an oasis of waterfalls and many endemic plant species. With its many pitons and granitic crests, Isalo National Park is only discoverable by foot, but you have the choice between seven different types and lengths of trails.

Isalo National Park might at first look like an inert desert, it is has incredible fusion of geological features. Isalo is quite a change of scenery from the other rainforest National Parks of Madagascar. Despite its rocky and dry conditions, the reserve shelters more than 50 bird species, insects, endemic trees and Lemurs. The tranquillity of the park is also very much appreciated. There are numerous peaks and places to see in Isalo. One of them is the natural pool located on the western part of the reserve. The window of Isalo is also quite inspiring, especially at the time of sunset. 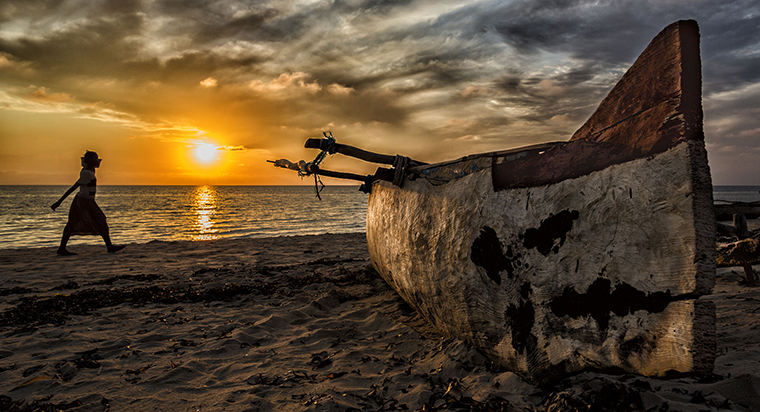 Located on the southwest coast of Madagascar the small beaches of Ifaty are delights for tourists, a safe haven. This region of Madagascar is also a traditional fishery zone. An amazing opportunity to see the scenes of daily life of marine Malagasies but also a place to taste traditional seafood dishes. The vast lagoons of Ifaty allow for all types of water sports, including numerous diving spots. The presence of beaches coincide with a fabulous sub-tropical climate. The sun shines all year round, and no more than 5 rainy days a year are expected in this part of Madagascar.

If Ifaty became famous, this is mostly due to its closeness to Tuléar, the fifth largest city of Madagascar. Facing the Mozambique Channel, Tuléar is a place always connected to the sea. Ifaty is also linked to the heart of Madagascar and its capital by the National Highway 7. The thousands of visitors that come to Tuléar each year often face a catch-22 situation between beaches and the amazing culture of the city. Its museums recall historic occupation facts while its villages are full of mythologies and heart-warming stories. 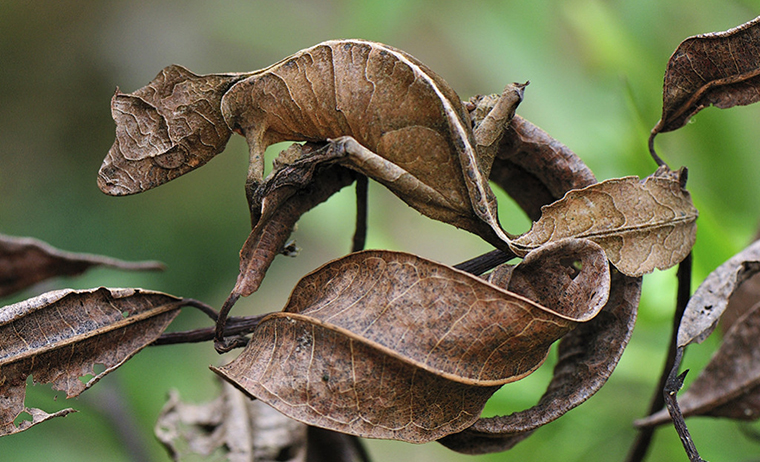 The immense park of Ranomafana spreads over more than 400km². Though it is practically impossible to see everything in the park, there are several trails to discover the vast diversity of its fauna and flora. You’ll have the chance to see several species of Lemurs, including some endemic species in their most natural environment. There is also an array of plant species, at each step, you’ll have the feeling of seeing a new plant. It is in fact, the highest endemic rate Malagasy forest. Alas, due to previous deforestation in the region, a few these florae are on the verge of extinction.

Ranomafana means “hot water” in local language. So if you feel like, you can have a warm revitalising bath in the many falls of the National Park. Some nature-lodge have been implemented nearby the park and it is a must for those in love with nature and wildlife. Trekking the muddy trails of Ranomafana reserve many surprises, especially at night. In this primary rainforest, be ready for pleasant meetings with leaf-tailed geckos, chameleons, and the rare Madagascan pygmy kingfisher. For this park more than others, we recommend good trekkers, sunscreens, rain jackets and booking a guide at the door.

Have a wonderful time on the Great Red Island!